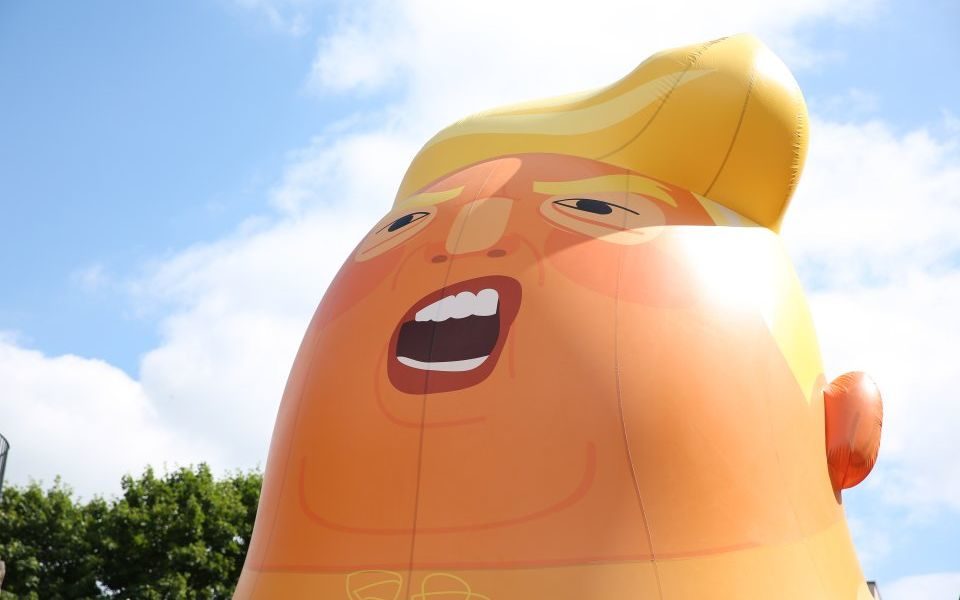 The 6-metre tall balloon in the shape of Donald Trump as a baby is taking flight over London this morning, despite the President saying it made him feel "unwelcome".

It will fly between 9.30am and 11.30am today. However strict rules mean that the balloon will be tethered to the ground throughout, and restricted from floating higher than 30m (98ft).

Speaking to The Sun yesterday, Donald Trump said that protest, including the giant baby blimp, make him feel "unwelcome" in London.

“I guess when they put out blimps to make me feel unwelcome, no reason for me to go to London,” Trump said.

But Sadiq Khan defended the decision to allow the blimp to fly over London this morning, telling the BBC that preventing it from flying would curtail the rights of Londoners to protest.

"Today there will be Londoners and others coming to London to protest and express their view about President Trump and his policies and we should cherish the fact that they have got the rights to do so."

You can follow Trump Baby on Twitter to see it in action as it floats above Parliament Square.

The Crooked Rigged System threw everything it could at Me. But I am the most successful baby at everything I do (unparalleled) – I told you I would fly and here I am! !! pic.twitter.com/1CydN5B0RQ

Protests are taking place in London today, encouraging anti-Trump campaigners to get creative. One brewery has made its own Trump protest beers (with extra orange).