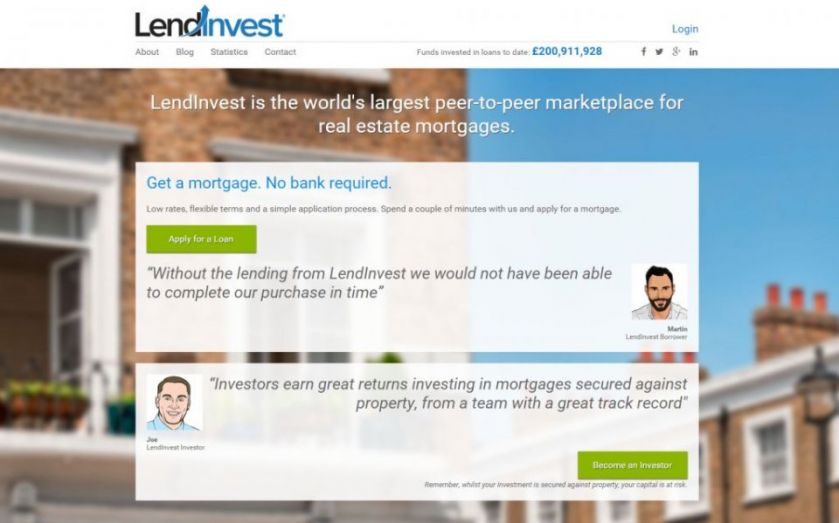 Peer-to-peer (P2P) mortgage firm LendInvest is hoping to be the first crowdfunding business to list on the London Stock Exchange with plans afoot for its debut in the next 12 months.

The group’s chief executive Christian Faes told City A.M. that while the business has yet to appoint bankers to work on it, he said the profitable firm is targeting a float over the next year.

Over £200m has been invested via LendInvest since its launch in the first quarter of 2013, with an average loan size of over £580,000 and zero losses incurred by its peer-to-peer lenders to date.

Just last week, the Peer-to-Peer Finance Association put out figures showing that, in 2014, its members had lent more than £1.2bn in the UK – more than double the previous year.

In the US last year alternative lenders Lending Club and OnDeck both debuted on the New York Stock Exchange, with Lending Club securing a valuation of nearly $7bn (£4.65bn).