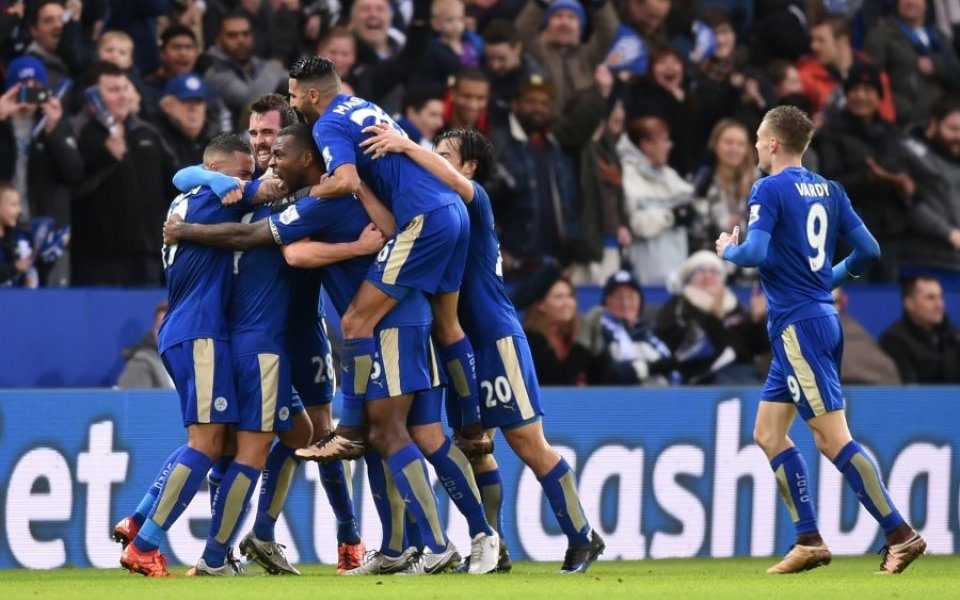 A debt-laden, second tier club who had never won the top-flight title may have not appeared to be the most failsafe investment when Vichai Srivaddhanaprabha bought Leicester City for £39m in 2010.

But if the Foxes, who have provided the story of the season so far with an unlikely charge to the top of the table, win the Premier League they will be worth more than 11 times what the Thai owner paid for the club less than six years ago, according to analysts.

Leicester’s value will shoot to £436m, a 63 per cent increase on their value at the end of last season, should they finish the season in their current position at the summit of English football, the estimates say.

Despite a last-gasp loss at Arsenal last Sunday, Leicester remain two points clear of the chasing pack following a remarkable turnaround in form since they began 2015 rooted to the bottom of the table.

Read more: One facet of Leicester's unlikely title bid has been overlooked

Self-made billionaire Khun Vichai, as he is known in his native Thailand, bought the Midlands side for £39m from serial football club owner Milan Mandaric at a time when they was saddled with debt following six seasons outside the Premier League.

He has since converted £103m of debt into shares and enabled various managers to spend around £77m on new players, including the stars of their breakthrough campaign, striker Jamie Vardy and winger Riyad Mahrez, who cost less than £1.5m combined.

PrivCo say that a big prize-money payout, a place among the elite of the Champions League and, most importantly, a huge increase in Leicester’s brand equity, a league title would provide Khun Vichai the option of putting the club up for a sale with a price tag that represents an elevenfold increase on what he initially paid.

And he may well have the option to do so as Premier League clubs' return to profitability has made them increasingly attractive to investors.

“With some of the best private equity firms and venture capital firms they could bag a tenbagger, easily,” PrivCo analyst Evan Danckwerth told City A.M.

“If the Thai owners were going to sell, the end of this season would probably be the best time to do it – especially if they win.”

Already this season Bournemouth and Crystal Palace have sold stakes to US firms, while Everton are believed to be the subject of a £200m approach from an American consortium.

However, Leicester’s projected £436m value is still a way off what other recent winners, who have enjoyed years of elite performance and strong brand equity, are thought to be worth.

Manchester United are estimated to be valued at £2.4bn next season by PrivCo, who expect a recent £265m Chinese investment into Manchester City to take them to a similar figure and Chelsea to reach £1.2m.