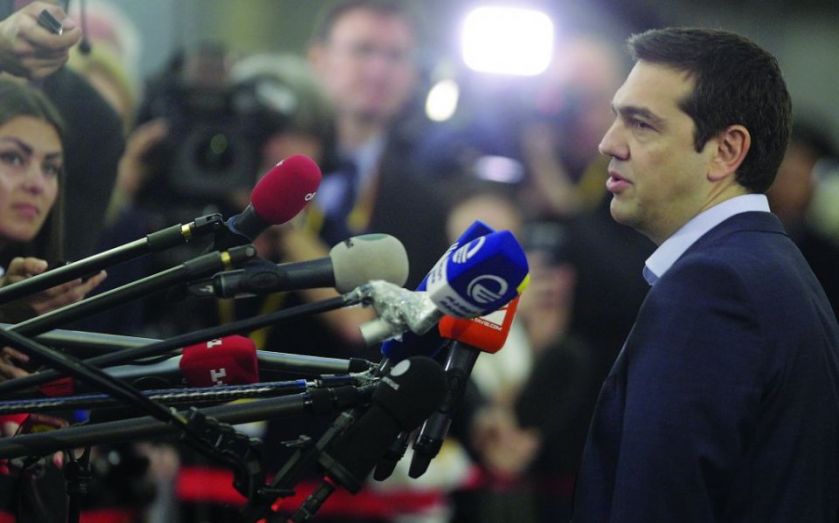 German Chancellor Angela Merkel and other high-ranking officials met in Berlin late last night to discuss the prospect of a deal for Greece.

The country faces a slew of hefty payments in the coming weeks and a real prospect of defaulting on its debt if it is unable to secure a reforms-for-cash deal with creditors that would unlock €7.2bn (£5.2bn).

However, hopes for a major breakthrough were dented when a German government spokesperson said the officials had only agreed there needed to be “intensive work” on Greece.

The meeting spawned from a separate planned meeting between Merkel and other EU leaders to discuss how to promote investment in Europe. But it was later discreetly joined by Draghi and Lagarde.

According to reports in Greek media, Prime Minister Alexis Tsipras and other cabinet ministers awaited news from Berlin in Greece.

Greek officials have previously told City A.M. that the country’s creditors have taken different approaches to negotiations, and that this has hindered progress. They said the IMF needed to come more in line with the EC and ECB with regard to its demands on Greece’s reforms.

Meanwhile, an EC spokeswoman said yesterday that Greece’s creditors were “not in the business of setting deadlines”, which reduces the risk of Greece being offered any kind of ultimatum.

Goldman Sachs yesterday warned that the country is likely to see another set of elections soon.

“The platform on which the current Greek government was elected is simply infeasible: the Greeks cannot “have their cake and eat it”, retaining the euro but not implementing adjustment,” he said.

“A hard choice has to be made between a euro exit or adjustment to remain part of the single currency.”

“Making that choice entails finding a new mandate to govern. This will have to be sought from the electorate, implying a new government, new elections or a referendum,” Pill said.

He added that there may need to be a default or a block on bank deposits before a deal could be reached.

He said they had misrepresented the way his teams had negotiated, rejecting claims that Greek negotiators had not presented detailed reforms, and labelled their demands as “absurd”.

But Tsipras’ message on progress did not seem to gain much traction in Brussels, where an EC spokeswoman last night said that “what matters more than op-eds are concrete reform proposals”.