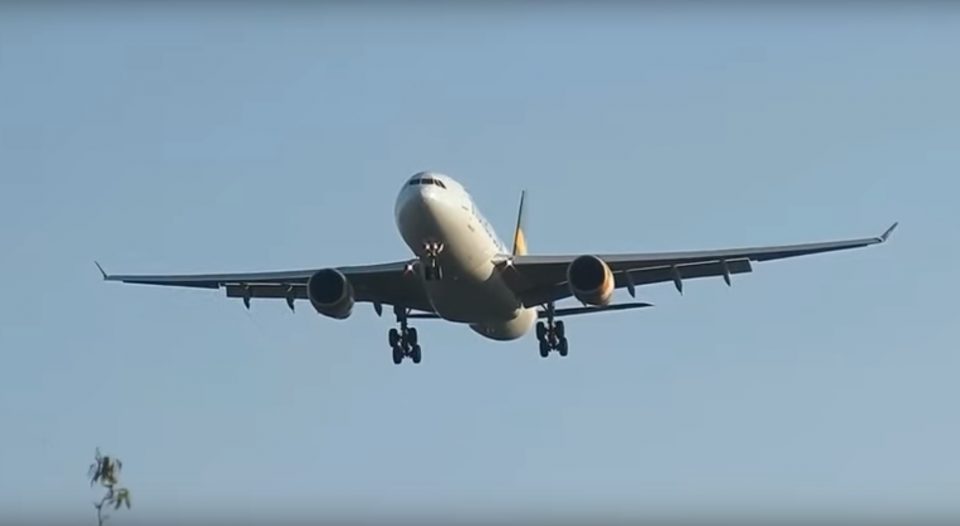 Passengers on a plane from Orlando to Manchester would be forgiven for breathing a sigh of relief this morning as they became the last Thomas Cook customers to touch down before it went bust, leaving a string of cancellations in its wake.

The company, which has been facing financial difficulties for months, shut up shop today after a bid for rescue funding failed.

But passengers on an Airbus A330 are will likely just have picked up their bags after the plane touched down in Manchester this morning, landing at around 8.30am.

When they took to the skies last night in Orlando the travel group was still operating, though on the knife-edge, pleading for funds which could keep the company ticking over. It needed around £200m to stay above water.

This morning Labour’s shadow chancellor John McDonnell said the company’s bosses should pay back their bonuses. “Too right” they should, he said.

“I think they need to really examine their own consciences about how they’ve brought this about and how they themselves have exploited the situation,” McDonnell said.

In Tunisia British tourists have claimed their were “barricaded in” to their hotel after management worried that Thomas Cook would not honour its bills.

Gary Seale, who stayed at the Orangers Hotel in Hammamet said that security had refused to let them out for hours. The Tunisian government said it was a misunderstanding.

Michael Hewson, an analyst at CMC Markets, said that the collapse is “increasingly emblematic” of the sector’s worries.

“The company has struggled to adapt to a changing travel and retail environment, and today’s collapse appears to be the inevitable outcome of decisions that were made back in 2007,” he said.

He added: “The growing popularity of the pick and mix type of travel that allows consumers to book their holiday packages separately as well as new kids on the block like Airbnb, has seen the travel industry change beyond all recognition in the past decade, as consumers book travel, accommodation, and car hire independently.”