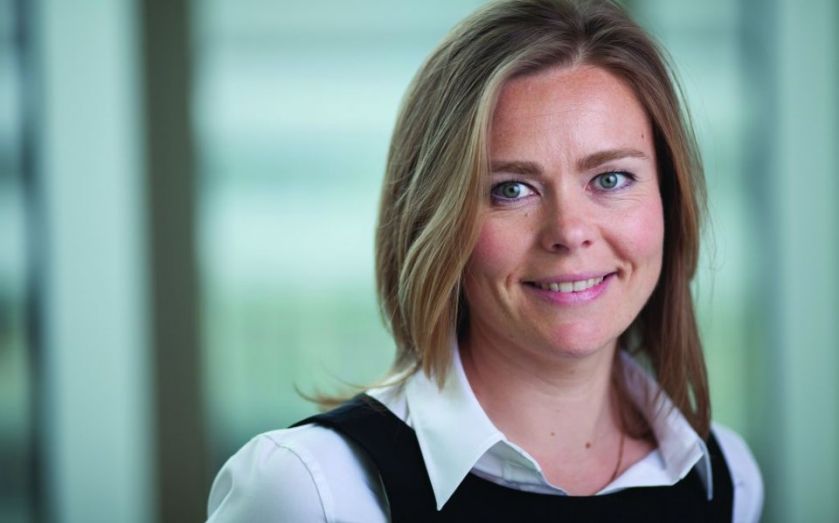 “I needed a bigger pond to swim in,” says Ainslie McLennan, describing her move to London, more than 10 years ago.

She’d completed “the full triangle” in Scotland: born-andbred in Glasgow, she studied at Aberdeen University and then worked in Edinburgh.
Her choice of subjects at university raises an eyebrow. “I started out doing a joint degree in Philosophy and Accountancy, which made no logical sense whatsoever.”
That’s an, um, interesting combination, I offer. She laughs. “Like most people at that age, I really didn’t know what I wanted to do so I tried to keep my options open – maybe a bit too open.” She quickly found both topics “insufferable”. “Accounting I found particularly dull and philosophy, well, just arrogant.”
So she switched her degree to Land Economics, qualifying as a chartered surveyor and specialising in investment surveying.
The move to London had always been at the back of her mind, and after a few years of learning the ins and outs of buying and selling commercial property, she took up a job with Henderson Global Investors. “It was a relief because I really fancied a big change.”
Before she started, however, she decided to take some time out to pursue teaching. It was something she had always wanted to do. She convinced her new employer to delay her start date by a few months, and took up a position as a classroom assistant in a school for children with learning difficulties.
She describes her classroom experience as one of the best things she’s ever done, but admits that the professional part of her wanted to earn more money.
Has money always been important to her? “It’s always been important to me to be financially stable and to hold my own. My parents brought us up to be of the mindset that you don’t sit back. You go out, you pursue, you get on with it.”
It turned out to be the right move. Thirteen years later she’s still working for the same company, and the same boss who recruited her. She manages a number of different investment mandates for clients from around the world, from the Middle East to Europe. Has she ever thought about leaving? “No, whenever there’s been a dip or a lull I have asked for more. I get my fix that way. The grass is not always greener.”
For the most part, her focus had been on institutional clients, such as pension funds. That changed in 2009, when Henderson acquired New Star and took a number of funds targeted at retail investors into the fold.
She joined forces with former New Star manager Marcus Langlands Pearse, taking over the reins of the New Star UK Property Unit Trust – today the Henderson UK Property Fund.
New Star’s fund offering was prominent on advertising billboards. Then the credit crunch hit and market liquidity dried up – every investor’s nightmare, but none more so than property investors. Bricks and mortar takes time to transact and you don’t want to meet investor outflows when property values are in free fall.
“The acquisition took place in April 2009. In June 2009, markets really took off. In every way it was a great opportunity and a good time to get involved in a great fund.”
I press her for some insights into the Henderson- New Star takeover. At the time, the asset management industry was in acquisition mode, and the takeover highlighted the challenges facing a changing industry. “Yes, probably more so for the New Star team having to move to a larger player with more processes, a greater focus on research and a different way of doing things.”
What about her relationship with her co-manager? She smiles. “We are total opposites in every way – Yin and Yang. Even in the way we look. I am quite fair, you know, Scottish-like. He’s Mediterranean-looking. He is charming, from Eton. I am from Glasgow… It is a perfect balance. We both have such different experiences of everything, and our skills base is very different. We have ended up with a much better result as a consequence.”
I laugh at her frank explanation. But it’s hardly a case of opposites attract. “There can be some heated debates but it has been a really entertaining journey – it’s been a lively time in the market. In many ways we have grown up together on this.” 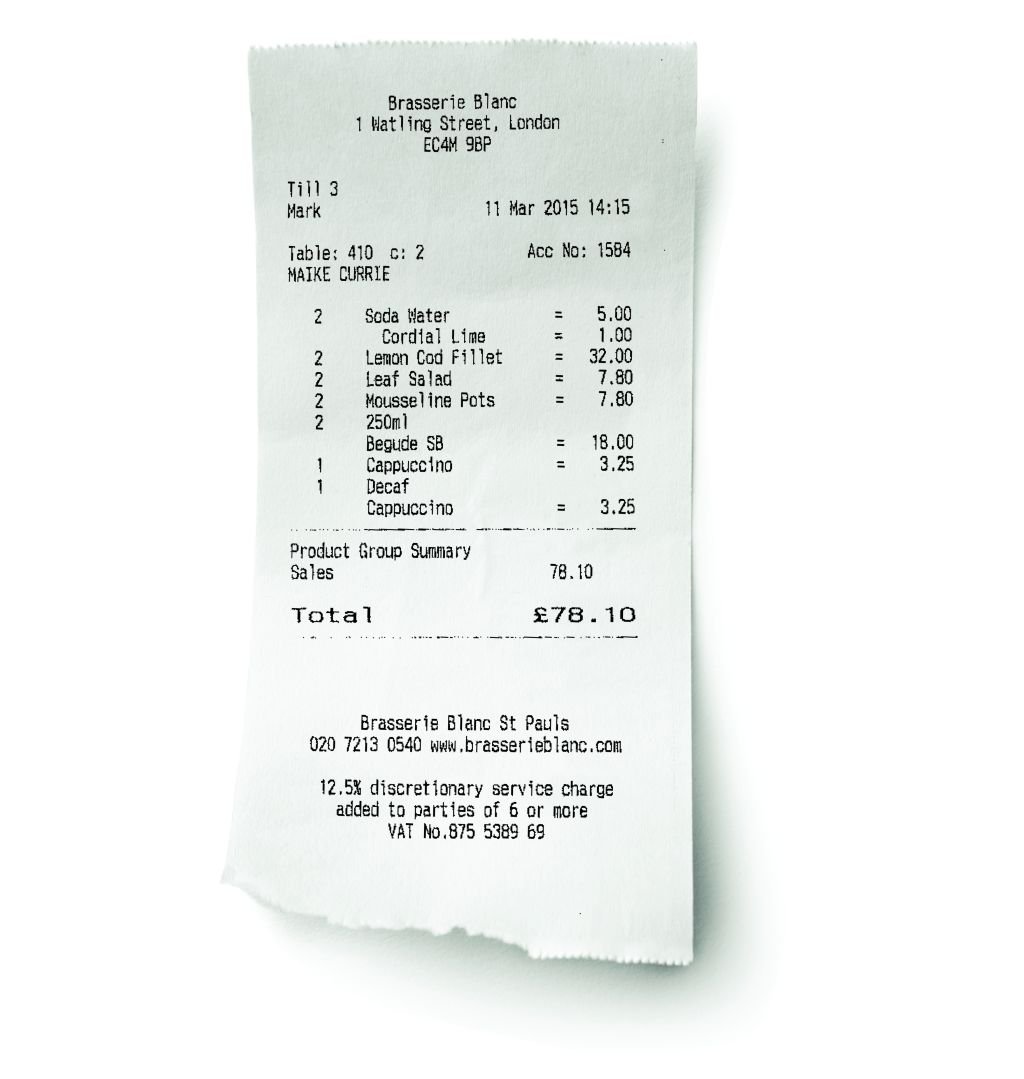 The waiter is lingering at our table. “Would you like to order any starters?” Ainslie shakes her head – “no thanks, I am still trying to shed the baby weight.” I give her a glance up and down (the one all women give each other, even when pretending not to). She’s slim and pretty in a blue shift dress – no frills or embellishments. It’s the first time I have met her but her style seems to reflect her personality: what you see is what you get.
“Girl or boy?” I ask. “A wee girl,” she answers in her Glaswegian accent, which has thinned out slightly after years in London.
Did she find it hard getting back to work? “I took six months off to the day, that was always the deal. My mind was ready for that, it was the right thing for me.”
She never worried that motherhood would impinge on her career. “There has been absolutely no downside for me. It can be a misconception that it will hold you back – you don’t know what the outcome will be. As I tell the girls in our office – if you want a baby, don’t wait – it will work for you, we will make it work.”
We gravitate back to talking about the commercial property market. Despite a more muted outlook compared to last year, the asset class remains in vogue as investors search for income in a world of record low rates. Ainslie nods in agreement, mentioning that the Henderson fund has grown exponentially in the past year, largely because people need a home for their money where they can actually get some decent income returns. “People shouldn’t really invest in a fund like ours unless they are coming in for an income. We are that part of a multi-asset portfolio that should be quite boring. Steady, sensible… quite dull. Not too many surprises.”
City workers are notorious for burning the midnight oil, and Ainslie concedes that she has put in a lot of long hours in her life. “We all have on the fund. We all travel a lot. You don’t sit at your desk. You’re out, seeing assets and meeting people.
“You go to your investors, you hold meetings to communicate what’s going on with the fund, what the positioning is, where you think there is opportunity, giving regular updates. You can do this in many ways – I write thought-pieces for the website and do videos. But the main thing is that people want to eyeball you and ask questions and that’s quite right.”
It must be hard leaving her little girl, I think out loud. “It is hard at times, I don’t like being away overnight,” she admits. But travelling comes with the territory, and it helps that her other half gets it. Together they make it work.
She adds: “I do take it to heart that I am managing other people’s money – including some of my mum and dad’s pension savings. It is a massive responsibility and it is a really strong driver.”
What about her own finances? She invests her Isa every year and has a self-invested personal pension (Sipp). But despite being a savvy investor when it comes to property, she makes use of an independent financial adviser (IFA).
“We meet on a quarterly basis, and I will drop him an email when there’s something I want him to look into. I don’t believe you can do it all yourself – it’s nuts to think you can be an expert on everything. It’s equally silly to lump everything into one asset. There’s no logic to it.”
She “chose” her adviser, so to speak, while out on the road communicating about her own fund. “He came to one of our briefings and asked all the right questions. He was dynamic and knew his stuff.”
While she’s clearly more comfortable and used to talking about her fund than talking about herself, Ainslie is one of those people who is incredibly easy to talk to. During our lunch hour we converse on almost everything.
Office life. “I enjoy working with like-minded people – not desk sitters. People with get up and go. You need to grab your job, make the most of it and maintain a sense of humour. There’s always more politics when people don’t have enough to do.”
Wine. That’s where she invested her first Henderson bonus. “It’s all kept in bond. One of my colleagues was a wine buff, and suggested it. I bought a case and I just have kept on doing it.” (As it turns out, we’re having a glass of Sauvignon Blanc. “Cheers,” I say. “Chin Chin,” she responds, “to health and happiness.”)
The Election. “There will probably be a coalition. The only cryptic part is what such a coalition will look like.”
Scottish independence. (Her cheeks flush pink in anger). “I really struggled with that. I mean it is just absolutely mental. It had a lot to do with North Sea oil revenues. Yet few ask the question of where would an independent Scotland be today given the collapse in the oil price?”
She continues: “We’re underweight Scotland in the portfolio. It’s depressing because there is a lot of opportunity there.”
Somehow the conversation always flows back to property: the fund, the strategy, what the challenges are, the risks and opportunities. And of course, to her wee girl. “Having a daughter, I do want her to have ambition, to have a bit of fight in her. I want to show her that, if you have been working so long and so hard for something, you shouldn’t just give it up.”

BRASSERIE BLANC, 1 WATLING STREET, LONDON EC4M 9BP
“One of the better Brasserie Blanc”
Brasserie Blanc are formulaic and a mixed bunch, but this is one of the better ones. Style is quite formal, clearly serving business customers rather than tourists. Menu has all been seen before and is reliable and straightforward French food. Service was slick and professional. Prices about right for the place and location. Very busy on a Thursday lunchtime.
Source: Tripadvisor
LADIES WHO DON’T LUNCH is a regular feature in which Maike Currie profiles a woman working in the City. All interviews are conducted at a restaurant table – as an exception, nothing is eaten within the proximity of a PC, with a plastic fork or out of a cardboard box. Maike writes about investments and money matters for Fidelity Worldwide Investment, following a career in financial journalism. @MaikeCurrie