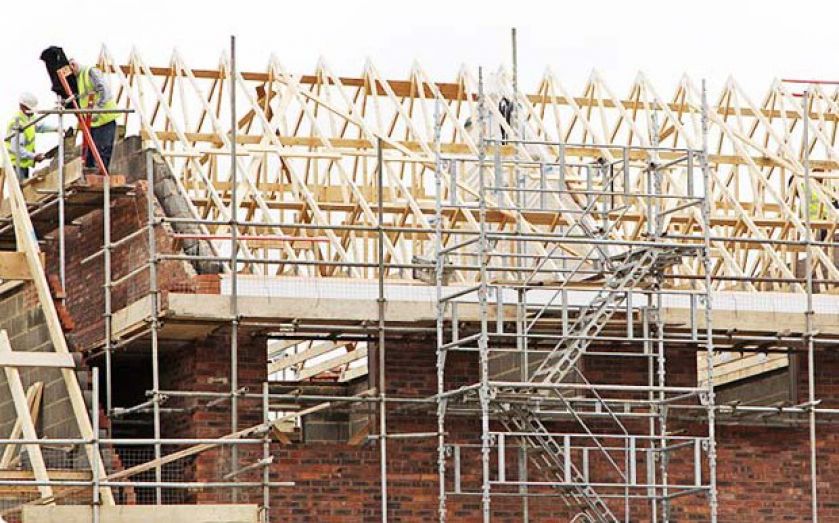 House building in the UK has been in a continual state of decline since the 1970s, making it harder to own a home and to pay rent, according to a report released yesterday.
In the several years preceding the financial crisis, just under 200,000 houses were completed per year – half the number that was built in 1970, according to the report published by the Office for National Statistics yesterday.
Without the supply being created to match growing demand, prices have soared relative to incomes. In 1997, average house prices were 3.5 times average earnings but last year it was 6.7, almost double.
More people have had to turn to renting as a result. The number of privately rented dwellings as a proportion of total dwellings has more than doubled since 2000 and is now almost 20 per cent.
Strict planning rules and the spread of the green belt are to blame for the shortage of homes, according to former Bank of England policymaker Stephen Nickell.
Local authorities had little or no incentive to allow new builds which upset constituents and gave themselves more work to do in providing services, he said, arguing the tight controls on building meant development had fallen well behind demand.
Nickell also dismissed the idea that allowing house building to keep up with population growth would mean severely reducing the amount of countryside, as just 10 per cent of land in the UK is currently built on.
“If the projected population in 2060 was well housed, this percentage would possibly rise to as much as 12 or 13 per cent, depending on the density,” said Nickell.
He is also highly sceptical of subsidising first-time buyers, adding that it would act only as a subsidy to house builders.
His report comes after an Institute of Economic Affairs study that warned against a reliance on brownfield development, which involves clean up costs that are not economical for residential builds.

A record number of savers plan to fund their retirement through property investments, Barings’ annual survey of investors found yesterday.
A total of 16 per cent now expect to sell property or rely on rental income to fund their retirement.
“It is worrying that the number of people relying exclusively on their property to fund retirement has increased again. Property can, of course, form part of a diversified investment portfolio but this year’s research indicates that more people are investing in property as a retirement source and this could mean they are too concentrated in the asset class,” said Rod Aldridge, head of UK wholesale distribution at Barings.
But “property prices can be volatile so relying on your home to provide all your income to fund retirement is risky.”
Meanwhile, estate agents Frank Knight found that houses in the vicinity of top schools commanded a 16.6 per cent premium. Homes near the best schools in the north east command the largest uplift at nearly 47 per cent.
Share:
Tags: UK house prices