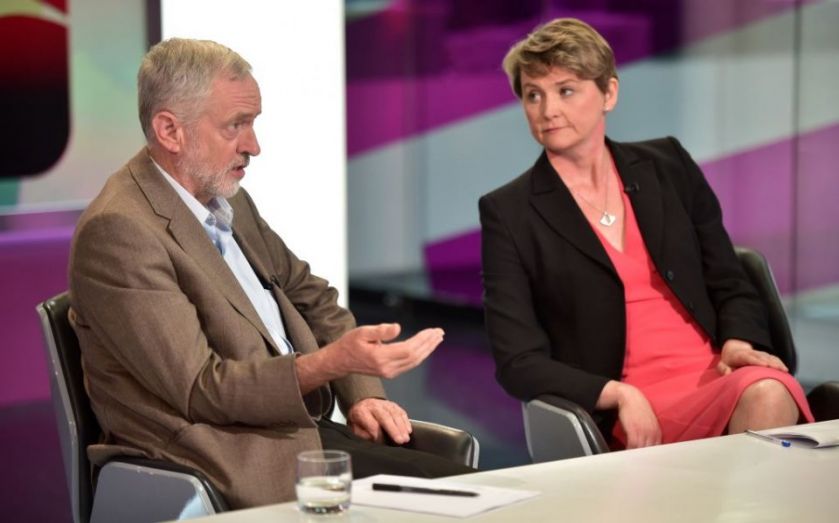 With just one week to go until the Labour leadership election result is announced, bookmakers continue to shorten odds on Yvette Cooper winning.

In the latest move by bookmakers, Cooper has been cut to 4/1 with Bet365, the same odds offered by Betfair, William Hill and Paddy Power.

Read more: Can geography help us find out of Labour’s leadership vote is being infiltrated?

Bookmakers have since then had even less faith in Burnham’s chances of winning the election, Bet365 pushing his odds to 8/1.

This comes the day after Cooper told the Guardian she wants to change Labour’s clause IV to tackle inequality, almost two decades after it was rewritten by Tony Blair in what was seen at the time as a break from Labour’s commitment to public ownership.

However, surprise favourite Jeremy Corbyn, who entered the race at 100/1, is still out in front with odds of 2/7 with a host of bookmakers including Bet365 and Sky Bet.

Matthew Shaddick, head of political betting at Ladbrokes, said the Burnham campaign had had a terrible week, while Cooper's had been markedly better with positive factors such as her intervention on refugees. "But, it's probably too late for her to catch Corbyn, especially as many of the votes in the contest will already have been cast."