Kleinman: Beat Barxit? Jes he can – for now 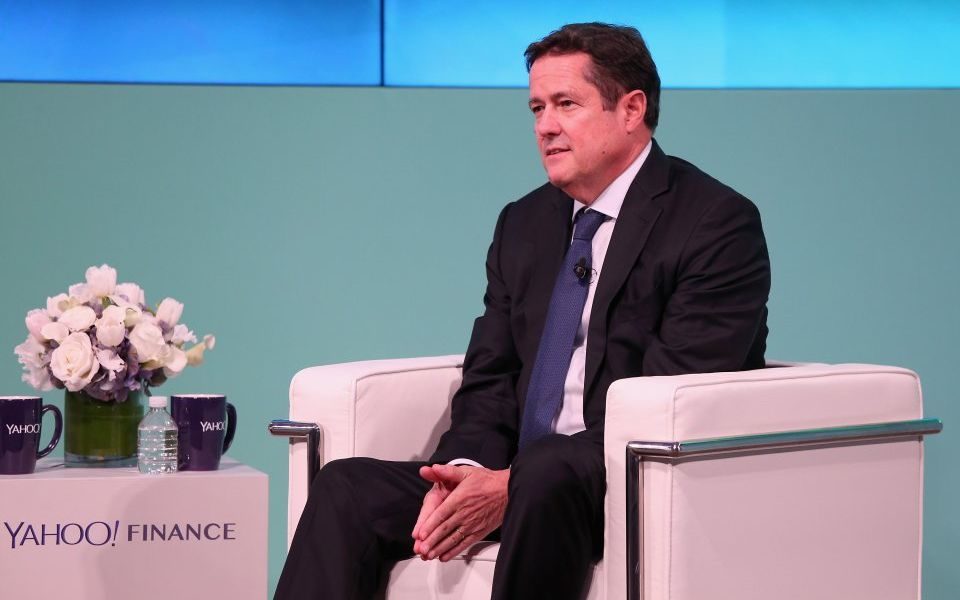 Come again? The fawning of business leaders who dialled into a conference call with the chancellor and business secretary after Theresa May’s Brexit deal announcement on Tuesday was stunning in its obsequiousness.

Particularly odd was Sir Gerry Grimstone who – sitting alongside fellow Barclays board members John McFarlane and Sir Ian Cheshire – took it upon himself to congratulate the Cabinet on behalf of the entire financial services industry.

Try selling that message to the bank's shareholders, who saw over four per cent wiped off the value of their equity yesterday.

Other than that, it’s been a pretty good fortnight for Jes Staley, whose hold on his job as Barclays chief executive suddenly appears tighter ahead of the chairmanship transition from McFarlane to Nigel Higgins.

Staley’s relationship with McFarlane has been the subject of extensive City gossip for months, with some surprised that the chief executive was backed so vocally by his chairman after this year's whistleblowing settlement with regulators.

Staley’s meeting this week with Edward Bramson, the Sherborne Investors activist, is said to have

been cordial. But some shareholders in both the bank and Sherborne admit they are still mystified by Bramson’s tactics as he seeks to persuade Barclays to shrink its investment bank.

“The only thing we can say for certain is that he is in it for the long term,” said one investor with whom Bramson has recently met.

One person described as “nonsense” reports that Bramson has been trying to cajole Barclays’ non-executives into furtively joining his campaign; the only meetings he has held with board members are said to have been convened with Barclays’ assistance.

Staley would be unwise to show signs of complacency, though. Bramson is known for his staying power. He’s not about to go anywhere, and as yesterday demonstrated, renewed political uncertainty in the UK is going to do little to support Barclays shares.

China in their hands

Whither Britain’s trade ties with the world’s most populous nation? There may be tensions between the two countries following contentious naval activity in the South China Sea, but a transaction announced yesterday by BMC Europe Fund to acquire Cordenka, the world’s leading producer of industrial rayon, offers a glimpse of the opportunity for UK-based investors.

Set up by a trio of former Credit Suisse bankers including Sebastian Grigg, one of the team which led the UK bank rescues during the 2008 crisis, BMC is buying German-headquartered Cordenka for €240m.

Used in car-tyre manufacturing, rayon is in huge demand in China, so BMC, which is backed by Shanghai’s sovereign wealth fund, looks to have engineered a smart deal. The firm’s mandate to link European manufacturers with the Yangtse River Delta is one whose time has come.

Ring-fencing, bonus clawbacks and the Business Growth Fund (BGF): the jury may still be out on the usefulness of the first two of those financial crisis consequences, but few could argue that the last has yet to show its purpose.

That’s not to say that the £2.5bn committed by five major banks to investing in smaller companies has been an unmitigated success – but it has funnelled expansion capital towards businesses which may otherwise have struggled to find it.

A BGF mystery, though, has been the disappearance of the prominent quartet which arrived to great fanfare from 2015 to establish a ventures arm.

Three of the four have now left, with former Mothercare chief executive Simon Calver the only remaining presence.

Sources say Harry Briggs, another member of that team, is now in talks with Omers, the Canadian pension fund, about leading its technology investing efforts in the UK.

It’s far from the only shift in Britain's venture landscape. Mubadala, the Abu Dhabi sovereign investor, is raising a new fund, while Local Globe is assembling a £200m vehicle called Latitude that will seek to provide further funding for the winners in its portfolio.

Given that Robin and Saul Klein, Local Globe’s founders, have backed unicorns like Improbable, Transferwise and Zoopla, investor demand should be significant.

In a week of great political import, this growth of a vital breeding ground for future scale-up successes makes it imperative that the visa regime for technology investors help exploit, not squander, a genuine competitive advantage for Britain.