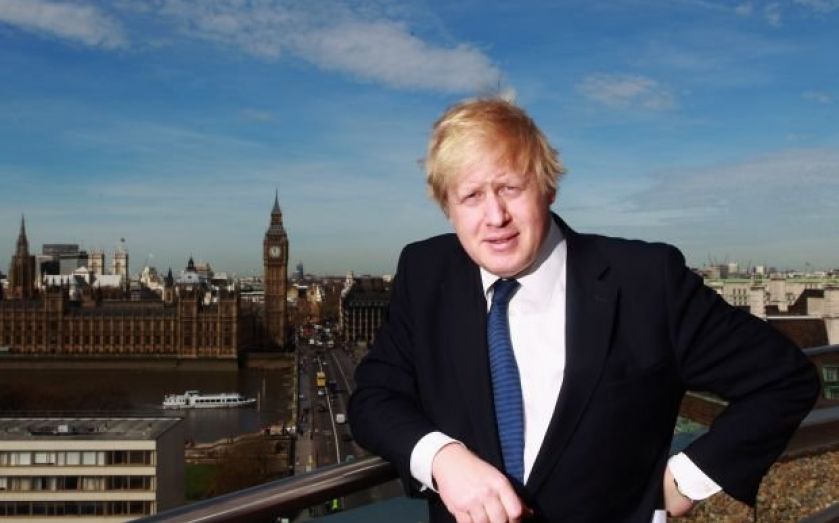 Tomorrow Mayor of London Boris Johnson, will promise that London will be one of the first cities in the world to offer the next generation of ultrafast mobile connectivity (known as 5G) by 2020.
Johnson’s pledge comes as part of his London Infrastructure Plan 2050, which will set out the infrastructure requirements for the capital over the next 40 years as London approaches 11m residents.
“London is earning a reputation for being the tech capital of Europe and that is why we need to ensure every Londoner is able to access the very best digital connectivity,” said Johnson. “Londoners increasingly regard broadband as another utility and I am expecting a wide variety of providers will want to work with me to make this aspiration a reality.”
5G is the next generation of mobile technology that will link smartphones and connected devices, to the internet at speeds of up to 100 times faster than the existing 4G networks.
The Mayor’s plan is expected to address issues such as energy, schools and transport in London.

WHAT IS 5G, AND WHY IS IT SO IMPORTANT?

5G, or fifth generation, denotes the next generation of mobile technologies that will link smartphones, tablets and connected devices, to the internet. While the exact details of 5G are still unknown – the specification is still in development by a collection of universities, businesses and governments across Europe and Asia – it is guaranteed to be much faster than existing 4G technologies. Huawei, the world’s largest telecoms equipment maker and one of the Chinese businesses playing a large role in development of 5G, predicts it will deliver data speeds of over 10Gbps, 100 times faster than today’s 4G networks. This would let you download a two-hour high-definition movie in just four seconds, compared to over six minutes on 4G.
But if all goes well, 5G won’t just be faster than 4G, it will also let mobile operators blanket huge swathes of the less developed world in ultrafast data connectivity without the cost of a huge underground fibre rollout. In developed countries, broadband has helped individuals benefit from the boom in online services and access to information, and businesses to compete globally. World leaders hope that 5G will soon bring similar benefits to communities that have never had internet access before. The high expectations for 5G are reflected in the money being spent. The EU is investing €700m (£554m) over the next seven years in developing 5G, with companies expected to invest more than €3bn in its development.
Share
Tags: Boris Johnson People