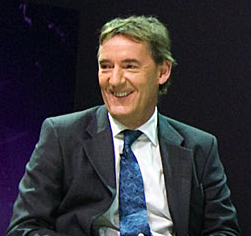 Former Treasury minister and architect of the Northern Powerhouse project Jim O’Neill has said the government’s Project Birch bailout plan must come with conditions attached for the businesses involved.

Speaking to the Telegraph, O’Neill also called for “great conditionality” to be attached to the scheme, which is expected to provide support for strategically key firms struggling due to the coronavirus crisis. 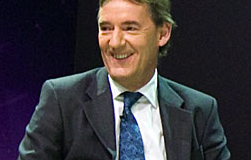 “If the lion’s share of the equity is simply going to preserve jobs at any cost, that’ll ultimately just add to our weak productivity problem,” he said.

“I’d hope there’d be great conditionality to Project Birch because why would you want to support all these businesses to just get resurrected and carry on as they were unless they’d got much clearer productivity-boosting things going on?”

He also said that the Treasury should focus on engineering a “V-shaped” recovery by replacing the Bank of England’s inflation targeting with nominal GDP targeting.

He praised Rishi Sunak, saying that the chancellor has “an open mind and isn’t scared of big, bold things, but he’s got credibility – he’s not irresponsible”.

O’Neill, who has been tipped to return to government as chair of the Northern Powerhouse growth board, said he would urge those designing the programme to copy Singapore’s Temasek wealth fund.

He added that any such scheme needed to be separate from Project Birch.

Temasek is government owned but has a separate body of investment professionals who make decisions about which firms to invest in.

He also pointed to the Department of International Trade’s Commonwealth Development Corporation as another good model.

He said: “It’s full of investment professionals – the chief executive and the board are all people with a great deal of finance experience – so why can’t you just do that model and have it domestically?”

Crucially, O’Neill told the Telegraph, officials will have to accept that failure is a necessary part of the business:

“You can’t be part of creating winners unless you accept there are going to be losers. That’s the reality of investing.”

He also called for additional taxpayer backed regional funds to be created in the Midlands, the South West and the North.

Despite his background, O’Neill said that high speed rail link HS2 was not a priority for the levelling up agenda, but said that the government should welcome Chinese investment in infrastructure.

His words come after Boris Johnson reportedly tasked officials to draw up plans to reduce Chinese involvement in UK infrastructure to zero by 2023.

O’Neill said: “There is, understandably on one level, so much emotion about the whole of this crisis and where it started but I don’t see any real benefit – other than some very weak political gain – from trying to blame and highlight the role of others”.

Comparing the current crisis to 2008’s global financial meltdown, he said that the world did not seek to punish the US for its massive inflation of the housing market.