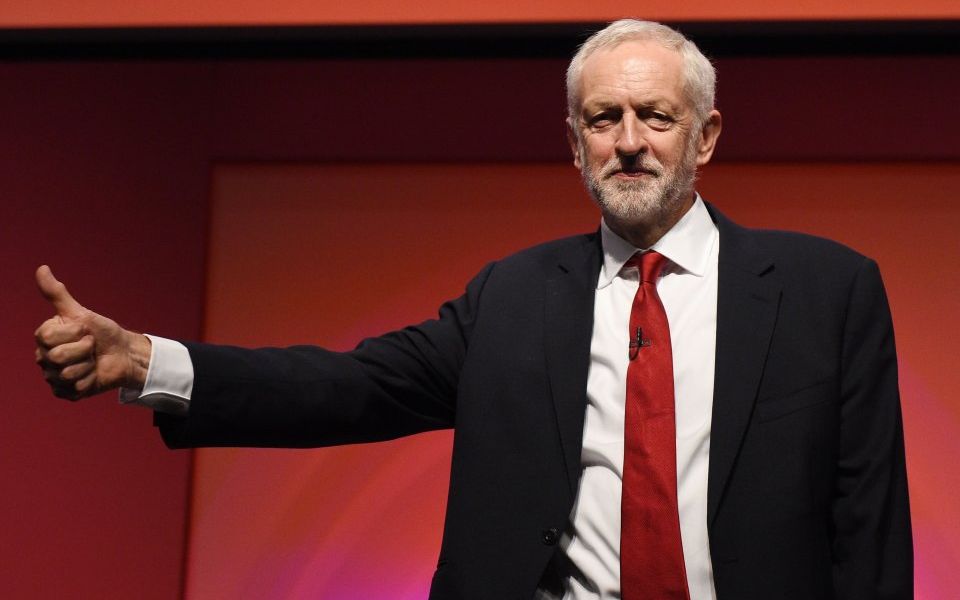 Jeremy Corbyn has confirmed he would vote down Theresa May's Brexit plan as part of a gamble to trigger a general election.

In his keynote speech to Labour's conference on Wednesday, Corbyn said his MPs would not back May's so-called Chequers proposal, but would also oppose leaving the EU without any trade deal.

He claimed that should "no deal" be on the horizon, Labour would press for a general election so it could take over the Brexit talks.

The Labour leader made no direct reference to another EU referendum – an issue which has dominated the four day conference – but did confirm "all options are on the table" if a general election was not called.

Read more: Theresa May says a 'no deal' Brexit is better than a Canada-style agreement

In a direct appeal to the Prime Minister, Corbyn outlined a settlement Labour would back, involving the UK staying in a customs union with the EU and protection of workers' rights and environmental standards.

Speaking from the stage in Liverpool, he said: "Let me also reach out to the Prime Minister, you see I reach out to everybody, who is currently apparently doing the negotiations.

"Brexit is about the future of our country and our vital interests. It is not about leadership squabbles or parliamentary posturing.

"I say this to her in all sincerity and helpfulness: if you deliver a deal that includes a customs union and no hard border in Ireland, if you protect jobs, people’s rights at work and environmental and consumer standards – then we will support that sensible deal.

"A deal that would be backed by most of businesses in the world and trade unions.

"But if you can’t negotiate that deal then you need to make way for a party that can and will." 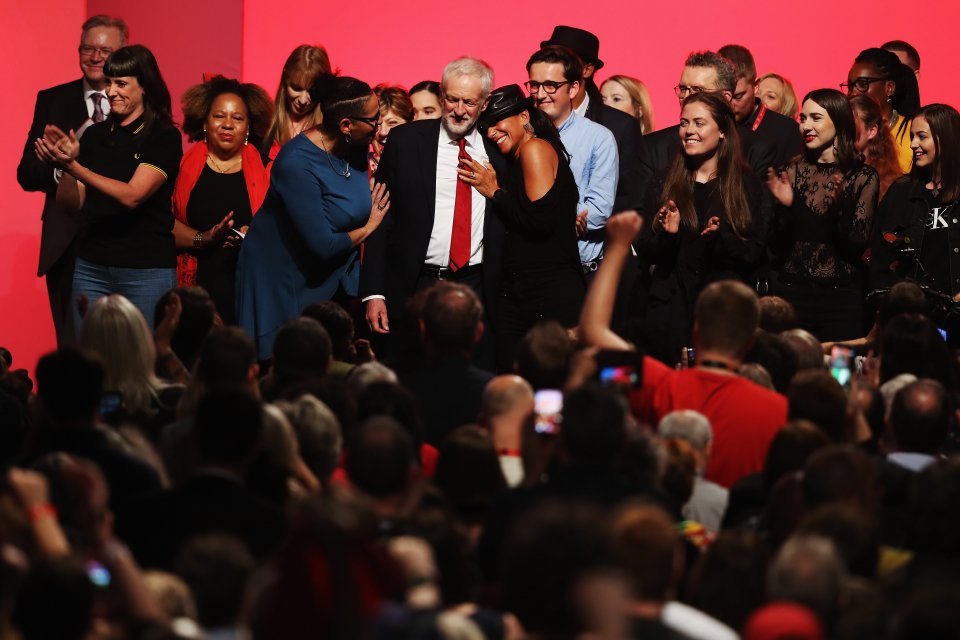 Jeremy Corbyn is mobbed by supporters after his conference speech (Source: Getty)

Corbyn also used his speech to argue the "political and corporate establishment" failed to make "essential changes" to the economic system after the 2008 crash.

"The price of that has not just been stagnation, wages falling for the longest period in recorded history, and almost a decade of deeply damaging cuts to public services. It’s also fuelled the growth of racism and xenophobia and has led to a crisis of democracy at home and abroad," he said.

Corbyn set out policies to extend 30 hours free childcare to cover all two to four-year-olds, and also pledged a "Green Jobs Revolution" which would see the creation of 400,000 skilled jobs as part of a drive to reduce carbon emissions by 60% by 2030.

The speech received a mixed reception from business groups, with the focus childcare and green energy welcomed, but plans to make large companies hand over 10 per cent of shares to workers criticised.

Adam Marshall, director general of the British Chambers of Commerce, said there were some "bright spots", but called on Corbyn to "extend an olive branch to British business, big and small alike".

He added: “Over recent days, businesses have heard plans for an unprecedented overreach into ownership and governance, talk of higher taxes on both companies and individuals, and commitments to sweeping nationalisation.

"If all these proposals were to be implemented, there would be a serious impact on business confidence, investment and growth, which ultimately would hurt the very people and communities that need support the most."

CBI Director-General Carolyn Fairbairn claimed there is "much common ground between business and Labour", but progress "will only happen if Labour invites business into the tent."

She added: "Continual public barbs and backward-facing policy are deterring entrepreneurs and investors, at a time when we need them most."

He added: “This was a message of hope for everyone in our country – particularly those people Unison represents.

"There was something in that speech for every public sector worker covering childcare, healthcare and education. It offered dignity and support for young and old alike."