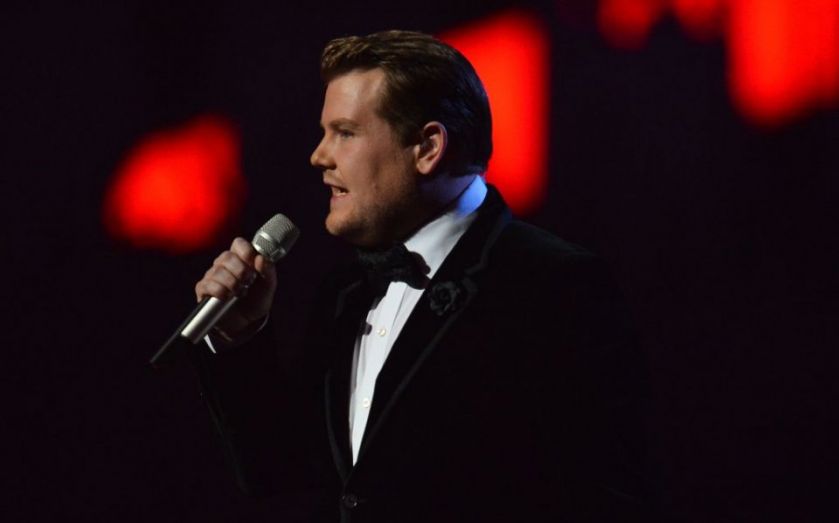 The former Gavin and Stacey star, a familiar face to British viewers, took over in the role vacated by American comedian Craig Ferguson, and welcomed Hollywood actors Mila Kunis and Tom Hanks as guests.
Corden's show included some unusual features for US talk shows, with both guests welcomed out at the same time and required to walk through the audience to reach the stage. However, the most daring, boundary-breaking feature, which drew much discussion from the critics, was Corden's decision not to conduct his interview from behind a desk.
British hosts have enjoyed mixed success across the pond; Piers Morgan famously fell out of favour with US audiences while he was hosting his US show, Piers Morgan Live,  for pushing the gun control issue too hard yet comedian John Oliver has found success with his HBO show, Last Week Tonight.
On first evidence, Corden's sincere style has gone down relatively well.
Variety’s Brian Lowry said Corden’s handling of the guests was “awkward” and accused the 36-year-old of laughing “a little too loudly” at his own jokes, but was ultimately a likeable host:

Unlike Letterman (and to a degree Craig Ferguson, who was content to simply be goofy much of the time), Corden comes across as natural and likable, including the self-effacing little song with which he closed the show.

Brian Moylan, writing for Guardian US, described Corden as charming, funny and likeable, but also accused him off having admired his own quips a little too heavily:

There is something to be said about Corden’s general demeanour, however. He laughs a little too hard at his own jokes and seems to be trying very hard to be both funny and likeable. It’s like he’s a new guy at a small party who is working the room to win everyone over.

Corden himself, a 36-year-old Brit who seems genetically programmed to issue modest demurrals about his success at five-minute intervals, slipped easily into the chair vacated last December by Craig Ferguson.

The Hollywood Reporter’s chief TV critic Tim Goodman, in what he stressed was a “quick-take look” and not a review of the show, admired the ambition of Corden’s skits but said they may have only come off thanks to Tom Hanks’ effervescent star quality:

Eventually, the goal will be to get a dinner-party or cocktail-party vibe on that couch, and it’s not out of the realm of possibility to imagine it because Corden has a very welcoming sense to him.
Then again, how hard is it to have this little conceit work when you’ve got Hanks as a guest?

This much is for certain: Corden is a talent worth watching for his sheer likability, musical and comedy talent, and genuine love of culture, pop and otherwise. He’s bending the late-night comedy show formula to fit his skill set, which given this first outing, is impressive.

Piers Morgan, a reviewer slightly closer to home, said Corden would achieve what he arguably could not with his news review show – win over an American audience. Poking fun at an issue which ultimately cost him his job, Morgan wrote for Mail Online:

Having watched the first show, I think James Corden’s definitely got what it takes to be a big late night TV star in America. So long as he avoids temptation to demand gun control…