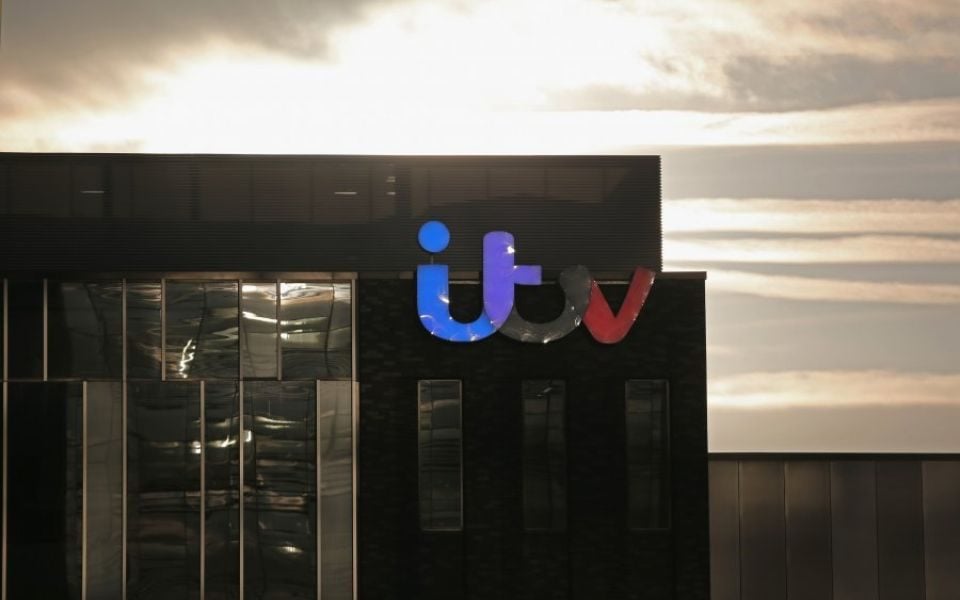 Shares in ITV fell more than five per cent after it posted a slip in revenues for the first quarter, as economic uncertainty and lower demand for advertising continue to take their toll.

Total external revenue fell four per cent to £743m in the three months to the end of March.

Broadcast and online revenue dropped seven per cent to £489m.

ITV Studios revenue increased one per cent to £385m.

ITV’s first-quarter results will come as little surprise to investors, as the broadcaster continues in its strategy to counteract declining income from traditional advertising spots.

Total advertising slipped seven per cent over the three-month period, roughly in line with previous forecasts.

ITV said the fall was due to continued economic and political uncertainty, which have compounded a wider shift away from TV advertising. The figures will also be impacted by the lack of the football World Cup, which boosted comparable revenues last year, and investment in the streaming service Britbox.

Total advertising for the first half is expected to be down six per cent.

Despite challenges in advertising, the firm posted a positive performance by ITV Studios, its production arm. Revenues from this business rose one per cent, spurred on by the popularity of Line of Duty, this year’s most-watched programme in the UK.

ITV said it is on track to launch Britbox, its joint streaming venture with BBC Studios, in the second half of the year.

In addition, the firm said it has secured an exclusive licence with ad tech firm Amobee to deliver programmatic advertising on the ITV Hub, as it looks to draw in more revenue from its online viewers.

The broadcaster said it expects to deliver double-digit growth in online revenue and good organic revenue growth in ITV Studios over the full year.

“The absence of a football World Cup will have hurt the year-on-year comparison and that effect will peak in June. The better news is that ITV is grabbing more of viewers’ time, with a 4 per cent rise in share of viewer for the ITV Family.”

Russ Mould, investment director at AJ Bell, described ITV boss Carolyn McCall’s first year at the broadcaster as a “baptism of fire”, adding it was “little wonder” the firm is looking to new initiatives such as Britbox.

“Investors can take some succour from underlying trends which show people still like to watch ITV – which is critical if the company is going to remain relevant to advertisers in the longer term,” he said.

But ITV has seen a steady decline in its share price over the last year, and shares dropped five per cent this morning following the announcement.

“Management’s previous guidance may have cushioned some of the disappointment within this update, but the market consensus of the shares has also drifted lower of late,” said Richard Hunter, head of markets at Interactive Investor.

“We remain very focused on delivering in the areas we can control, with our investment and cost saving programmes on track, and we are actively mitigating the factors outside the company’s control,” said ITV chief executive Carolyn McCall.

“We have a solid balance sheet which enables us to make the right decisions to build a robust and growing business and deliver returns to shareholders in line with our guidance.”