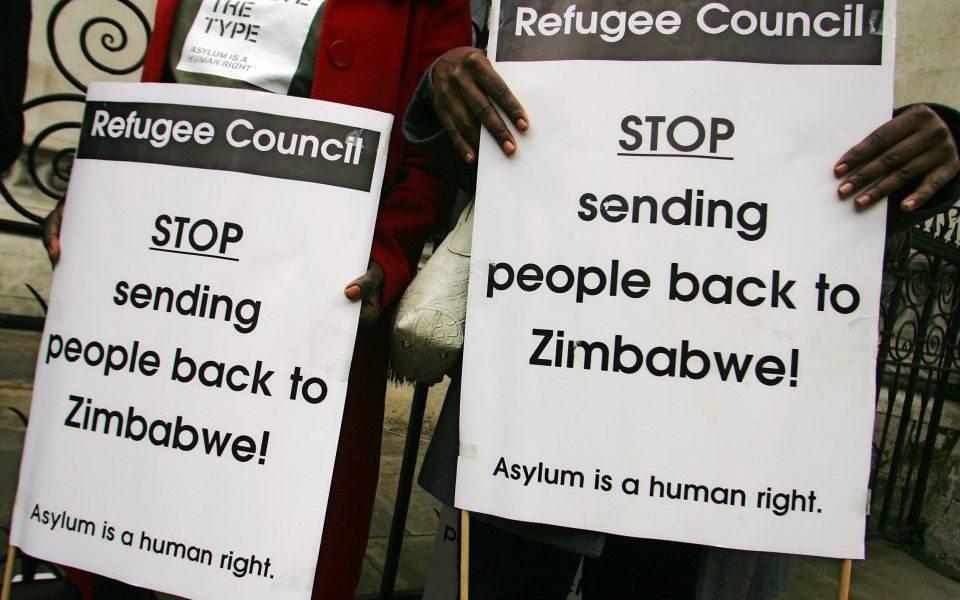 “There’s no place like home”, Dorothy says, as she taps her red heels together three times and returns to the place she loves.

She’s right. Your home is your shelter, It’s your community, your friends, your local shops and landmarks. It’s dedication and love for your area.

Building a home takes time and investment; familiarity does not set in overnight. Our homes matter equally to us all – to natives, immigrants, and refugees alike.

And so we must not turn a blind eye to the Zimbabwean refugees who are facing threats of rapid deportation back to their home country, after spending years in the UK.

The Guardian splashed the horror story on its front page this week, highlighting the baffling behaviour of the Home Office, which is working to “accelerate the deportation of asylum seekers despite high-profile human rights abuses in the country”.

The paper highlights Victor Mujakachi, one of two people to be detained by the Home Office early this week, who is thought to be scheduled for deportation within days.

Educated in the UK with a post-graduate degree, having lived here for over 10 years, Mujakachi was issued a warrant for his arrest in Zimbabwe after he made comments online about former dictator Robert Mugabe.

Now, he may be forced to abandon what has become his home, despite serious concerns for his safety if he were made to return to his country of origin.

The Guardian also highlights the tactics used by the Home Office when assessing refugee status.

“Over the last few months, Zimbabweans across the UK have been asked to attend interviews at Home Office centres,” it reports. “When they attended, they found Zimbabwean government officials waiting to interview them.”

Such tactics are not only intimidating, but also threatening.

I give a lot of credit to the current home secretary Sajid Javid, who – in less than a year – has brought a more reasoned and less populist approach to the Home Office compared to the previous decade.

Given the current tone of the debate, Javid’s indication that the arbitrary immigration target of “tens of thousands” could be scrapped was one of the most bold and impressive moments I’ve witnessed from an MP in recent memory.

But the majority of his time, when not dealing with the ins and outs of Brexit, has been spent fighting fires, dealing with the ban on medical cannabis products or the fallout from the Windrush scandal – a relic of the “hostile environment” that was stoked under the current Prime Minister’s tenure in the position.

It’s time we all turned our attention to the problems that still persist, to avoid fire-fighting in the future. Demands from Conservative MPs yesterday to end the indefinite detention of refugees in the UK act as yet another reminder of the entrenched hostility that must be tackled to ensure a better, fairer system.

Brexit hasn’t helped the immigration debate, but whatever your views on UK policy after we leave the EU, we must all agree that the dignity of people who have made their home here must not be undermined.

Dorothy was on a mission to return to Kansas, but for many of these Zimbabwean refugees, they are already home, here in Britain. They shouldn’t need a pair of magic ruby slippers to be allowed to stay.