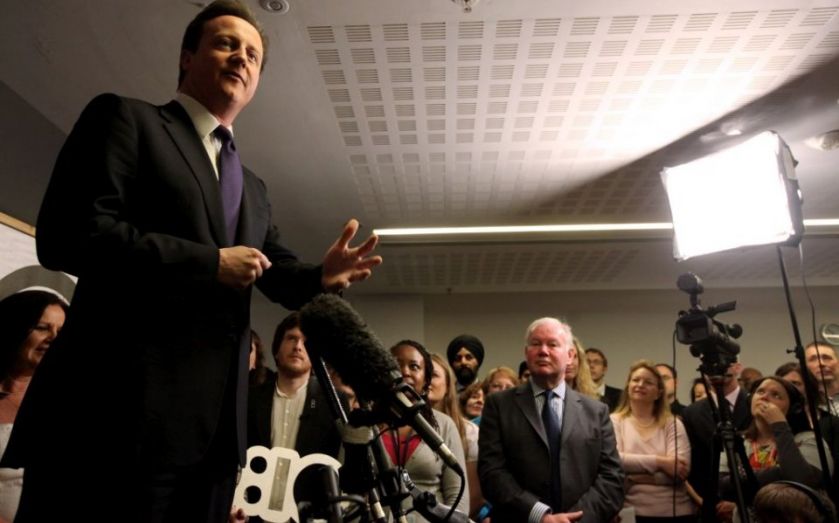 The Department of Energy and Climate Change (DECC) is small compared to other government departments, with a gross annual expenditure of just £5.7bn.
However, as the government grapples with how to continue to drive down its deficit, abolishing this arm of the state should be a key priority: it would both provide vital savings and encourage a new emphasis on cost-effective policy-making.
The abolition of DECC would not be difficult to achieve. Energy policy could be transferred to the Department for Business and climate policy moved to the Department for Environment, Food and Rural Affairs (DEFRA).
Indeed, in practice, many of DECC’s current responsibilities could be shifted relatively simply. For example, Nuclear Decommissioning – which accounted for 59 per cent of gross expenditure at DECC last year – could be moved to DEFRA with ease.
Read more: Good news: Tackling climate change is possible without hindering economic growth
Furthermore, many unnecessary green expenditure items could be phased out altogether. Spending in areas such as Renewable Heat, Carbon Capture and Storage and on the Committee on Climate Change should all be scrapped.
Merging DECC into other government departments would bring the UK in line with other developed nations too. Australia recently abolished its Climate Commission, transferring its essential functions to the Environment Department.
Were the UK to introduce similar efficiencies along with the removal of wasteful spending, the Exchequer could save £380m by 2020-21, according to analysis by the Taxpayers’ Alliance.
Green activists claim that abolishing the department would send out the wrong “signal” in advance of the UN Climate Conference in Paris later this year. However, this PR approach is not in the interests of the consumer.
Read more: UK third best country in the world for battling climate change, says report
Amber Rudd, the department’s secretary of state, is right to stress that DECC’s new priority is to keep the cost of policy “as low as possible for hardworking families and businesses.” This pragmatic focus on cost-effectiveness should be the government’s number one priority, not costly PR and token policies.
There are a number of other compelling reasons to abolish DECC, not least its failure to control costs for consumers.
Figures from the Office for Budget Responsibility suggest that, by 2020-21, the limits set for renewable subsidies are due to be 20 per cent higher than permitted, while DECC’s mismanagement has led to a policy-driven increase in energy bills of more than £100 per household annually over the past five years – despite falling oil prices.
Moving energy policy to the Department for Business would give ministers a fresh impetus to ensure that costs for consumers and businesses are driven down, not pushed further up.
When it comes to necessary savings across Whitehall, the abolition of DECC would be easy pickings. Unlike other cuts across government, splitting up the department would have absolutely no material impact on the public.
Moreover, the current political climate is favourable for such action. With green opposition deeply divided and ineffective, it is an ideal opportunity for the government to abolish this unnecessary arm of the state without much fuss (although, in practice, it is likely to happen after the Paris conference).
Such a move would be good for cost-effective energy policy, good for consumers and good for the Exchequer.