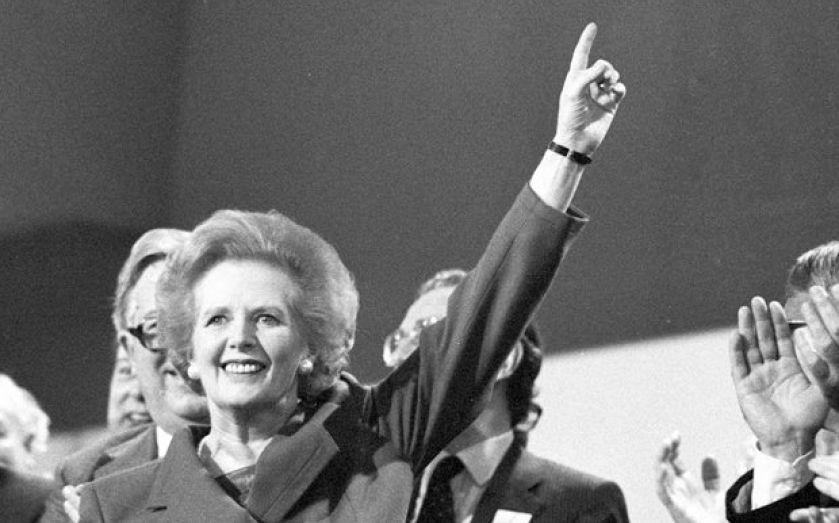 FREEDOM doesn’t get many shout-outs from politicians in today’s Britain. The hustings of the nation whose proudest boast used to be “it’s a free country” now echo with little but shades of paternalist reassurance. Have a problem? There ought to be a law to sort it out – and if you vote for us, by God there will be.

Disquiet at the major parties’ lack of interest in political freedom drove this week’s inaugural Margaret Thatcher Conference on Liberty, hosted in the City’s Guildhall by Conservative think tank the Centre for Policy Studies. It was cheering to hear a ringing Tory reaffirmation that liberty matters, but it is not enough. We need a cross-party equivalent.

As Daniel Hannan writes in his excellent history of the English-speaking peoples, How We Invented Freedom And Why It Matters, the political dynamic of Britain for a quarter-millennium was between Tory and Whig, or latterly Conservative and Liberal. The tension was recognised across the Anglosphere. Thomas Jefferson saw the division between lowly Whig ambition and high Tory caution as “founded in the nature of man”. He said “I consider the party division of Whig and Tory the most wholesome which can exist in any government, and well worthy of being nourished, to keep out those of a more dangerous character.” Only with the rise of the Labour Party in the 1920s were new ideological battlelines drawn in the UK.

In 1850, the American essayist Emerson could write that both Whigs, who he called “men of business”, and conservatives were two sides of the same coin “because both parties stand on the one ground of the supreme value of property, which one endeavours to get, and the other to keep.” But when Britain’s party of popular progress swapped the defence of private property for democratic socialism, it gave up on liberty in the name of enforced equality.

In Margaret Thatcher’s words, “A man’s right to work as he will, to spend what he earns, to own property, to have the State as servant and not as master: these are the British inheritance.” But defending this inheritance cannot only be a task for conservatives. Friedrich Hayek called himself “an unrepentant Old Whig”, observing that progressives set the direction of political travel, on which conservatives can only act as a brake.

The abandonment of the New Labour vision remains a political tragedy. Tony Blair’s delusions of a third way between capitalism and socialism were doomed, but his market-friendly path at least pointed towards a left built in the great tradition of men like John Bright and Richard Cobden, two Liberal statesmen who stood up for free trade on behalf of the many, tearing down Corn Laws that favoured the landed few. Instead we have Ed Miliband, fresh puppet of the union barons, and our best hope is his own self-destructive hopelessness. Laissez-faire – let us get on – is a cry of frustrated ambition from below. For it to be heard, the Tories need an opponent with a shared interest in liberty.