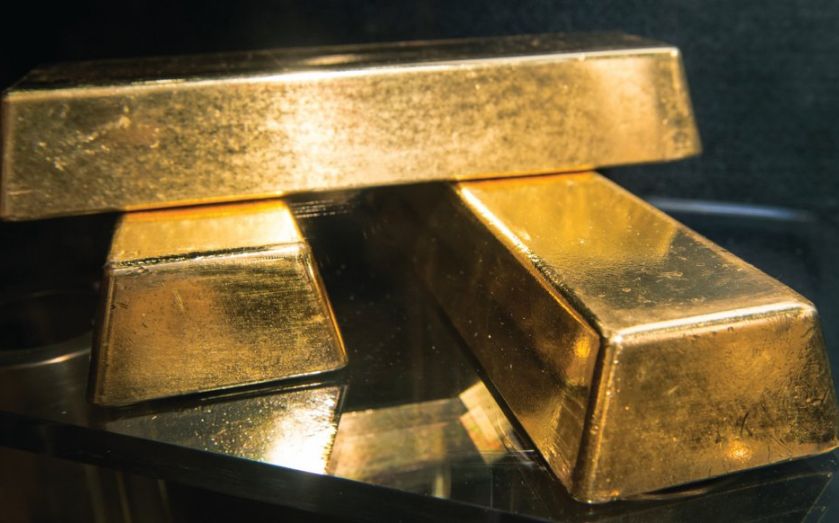 With prices at five-year lows, Annabelle Williams asks whether the precious metal is truly hammered
The gold price has been hammered in the last few weeks, leaving the precious metal at the lowest prices for five years.
Gold took a nosedive last week when an unknown entity – with considerable power, perhaps a large investment bank or central bank – offloaded 57 tonnes of gold futures contracts and physical gold onto the market. That figure is around 2 per cent of global annual production.

The dumping happened in the early hours of Monday morning on New York and Shanghai markets when few traders would be online to buy and quickly buoy the price. The move appeared to have been timed to have the maximum negative impact, and speculation over the sellers’ identities has been rife – particularly since the sell-off happened shortly after China announced details of its gold hoard.
The secretive state revealed it had amassed a 1,658 tonne pile of gold, 57 per cent more than when it last released figures in 2009. This was around half analysts’ forecasts and many think the real hoard is double the reported size. Some believe China has a vested interest in keeping the gold price low, so it can continue purchasing at lower levels.
For other commentators, the reveal shows how much selling there has been in the gold market. “When we look at how much physical gold China has been purchasing, that reflects how much pressure there must have been on the gold price,” says Alastair McCaig of IG.
Nevertheless, since the price began to collapse, there have been widespread moves away from gold by all manner of investors. The largest gold exchange traded fund, SPDR, reported a year-high outflow of 11 tonnes in a single day. Gold is now priced at $1,090 an ounce, its lowest level since 2010, and following days of consecutive falls has been on its longest losing streak since 1996.

These prices are a long way down from gold’s glory days. The precious metal’s meteoric rise to a record $1,800 an ounce back in September 2011 was fuelled by great uncertainty.
Investors feared the sovereign debt crisis was far from over, and rumblings that Greece may have to leave the euro were getting louder. But perhaps most importantly, this was at the height of the Western currency wars, when central bank QE and loose monetary policy was forcing down the value of currencies. In that environment, gold was an alternative to cash.
“People were holding gold as a safety trade, they were trying to protect themselves… People were buying gold at the time because they were concerned about currency debasement,” explains Nicolas Robin at Columbia Threadneedle.

Fast forward to 2015 and, in terms of market risks, not much has changed.  With stock markets hovering around record highs and bond yields at depressing lows, there are few reliable places for investors. The crisis in the Eurozone is on-going, and a clarion call has been sounding over global debt levels for some time.
But crucially, interest rate rises are now on the cards and the US dollar has been strengthening over the last year. The dollar index, which measures the strength of the greenback against a basket of other currencies, has risen 20 per cent in the last year. Both of these are having a huge impact on sentiment towards gold. Higher central bank interest rates will make yielding assets – such as currencies and debt – more attractive to investors. Gold pays out no dividends or interest, so its value lies solely in its use as a store of value.
Gold is also priced in dollars so, as the dollar strengthens, the metal becomes more expensive to buy. “The bottom line is that gold has lost its shine,” says Angus Campbell at FxPro. “As we near the first rate hike from the Federal Reserve, the upside for gold is limited.”
It seems that these two factors alone have been enough to melt gold back towards the $1,000 level. Some now believe that gold may have lost its safe haven status for good.
McCaig highlights that, in the last year, the US came within 24 hours of launching military action in Syria, pitting itself against Russia which has a military base in the country. “Even that was not enough of a catalyst for gold to spike… The intangible link between gold and a flight to security has diminished.”
He also notes that retail demand for gold jewellery has reduced, as in India taxes on the precious metal have been raised and, over in China, ordinary people have been favouring property and cars as status symbols.
This leads some analysts to forecast $1,000 an ounce as the next likely price level for gold. “It is very much dependent on the up and coming US economic data… if it disappoints then gold could bounce, but if it suggests we are nearing that first rate hike then $1,000 an ounce could be seen before year end,” says Campbell.

But there are still gold bugs out there. With long pedigree and proven price resistance during periods of strife, gold is actually more reliable than other assets, argues Clive Hale of Albemarle Street Partners. Moreover, central banks are prone to manipulating the value of fiat currencies.
“No fiat currency has lasted for any appreciable length of time. Fiat currency gets debased and devalued. The Romans did it and now that is what central banks are doing with QE – printing money and putting more of it on the table, and pushing the price down,” he says.
Hales believes the inflection point for gold could be $1,000 a ounce, whereupon the precious metal could begin to rise in value again.