Is Labour damaging its chances in 2020 by campaigning to remain in the European Union? 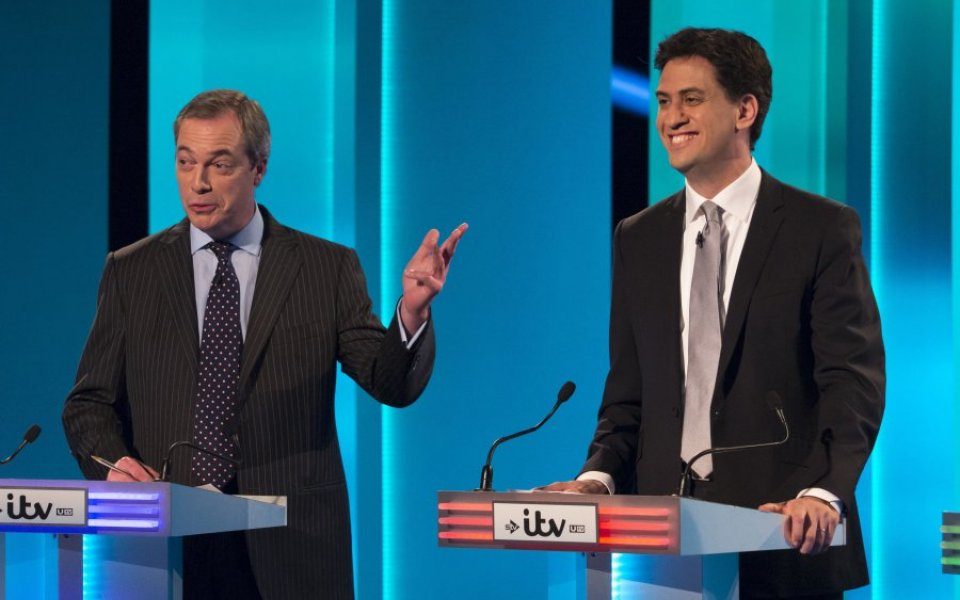 Across the political spectrum there is widespread agreement that the upcoming referendum on the United Kingdom’s membership of the European Union is the biggest political decision of a lifetime.

But for the Labour party, the campaign creates a unique dilemma: the party risks alienating many of the voters it desperately needs to win back in 2020.

Why? Labour have struggled in recent years, including at the 2015 General Election, to retain their support among working-class, economically disaffected voters, says Matthew Goodwin, politics professor at the University of Kent, and associate fellow at the Royal Institute of International Affairs, Chatham House.

“These voters also now lean heavily toward Leave, rather than Labour’s official position which is Remain. So, as a consequence, by pushing a pro-EU position Labour may find itself further alienating this base of traditional voters.”

That may benefit one party in particular. Indeed, when I spoke with the UK Independence Party’s only MP Douglas Carswell some months ago, he expressed his excitement at how Ukip’s next big gains would come as it challenges for seats against Labour in the middle and the north of England.

And despite strained relations between Carswell and the leadership of Ukip, they have arrived at some consensus on the issue.

“Labour backing a Remain vote means they are blatantly turning their backs on the underpaid working class who have loyally given their vote to Labour for years and put many of the current MPs in their seats,” deputy leader Paul Nuttall says. “We will now see thousands of Labour voters coming over to Ukip.”

But many in Labour aren’t threatened. Alan Johnson, who is leading the Labour’s campaign to stay in the EU, says that Ukip is a declining force, and “if they lose in this referendum I can’t see any reason for their existence”.

That may be true, but Labour could still shed votes in other key constituencies. “It's entirely possible that a fair few traditional Labour voters are very concerned about immigration and reckon the EU contributes mightily to it. Labour's support for staying in may give them pause for thought, and may encourage some of them to defect in the long-term, particularly if they continue to be as unimpressed with Jeremy Corbyn as they seem to be at the moment,” says Tim Bale, who specialises in British party politics at Queen Mary University.

“That could mean that Labour will be run close by Ukip in a handful of seats at the next General Election and maybe find it trickier to defend and win marginal against the Tories,” he adds.

The problem isn’t merely academic. Tory MP David Nuttall won the constituency of Bury North in 2015 by just 318 votes. He thinks that it’s “fair to say that quite a few Labour voters left Labour over the EU issue” at the last election: “Anything which loses Labour support inevitably will make it more difficult of them to win the key marginal constituencies wherever they are in the country. To that extent it could help the Conservatives.”

And a number of Labour MPs are all too aware of the danger. Chris Matheson, the Labour MP for the City of Chester, who won the seat by only 93 votes, is one. He says his experience is that plenty of Labour voters had switched to Ukip, and thinks Ukip damaged Labour more than the Tories at the last General election.

Now his worry is that the referendum result could turn on immigration, rather than jobs. If that is the case, "unless we have a proper policy on immigration that people can relate to, it will damage us".

Kate Hoey, co-chair of Labour Leave, a group campaigning for Brexit makes the point in no uncertain terms: “Up to 40 per cent of Labour voters oppose our EU membership and by campaigning to stay in the EU come what may, Labour is risking losing their support."

“At the last election, many Labour voters switched to Ukip and cost Labour seats, partly because Labour didn't officially support any renegotiation or referendum. Surely the Labour party should be doing it all it can to win back support.”

But the hazard isn’t just that Labour will continue to lose current voters. As Hoey says: “There are millions of people whose swing vote has been put off us because of the EU issue and our failure to support a referendum or even say what we want reformed.”

Hoey may be particularly sensitive to the problems given she wants to leave the EU. But her view is echoed by Helen Goodman, who sits on the Treasury Select Committee. She says there is a real risk of alienating both current and potential voters who may turn to other parties as Labour pushes for the UK’s continued membership of the EU.

Where she parts from Hoey is her belief that “staying in the EU is so important that we should support it in the national interest, irrespective of party considerations”.

Johnson too believes that the Labour party made a decision based on its principles, and not a political calculation. But he’s not worried because he’s adamant that it’s a united Labour party campaign, after its conference decided “unequivocally to campaign for a Remain vote”.

He isn’t alone. Graham Jones, who resigned from the Labour front bench following the election of Corbyn, doesn’t think voters will turn away from Labour, yet for different reasons.

“Labour isn’t telling people what to do. It is engaging in a broad debate as well as campaigning on both sides, albeit lopsided towards In,” he says. “Labour wants a workers' Britain and if the UK remains in the EU, a workers' EU. I think most Labour voters would to a degree accept that.”

Goodwin disagrees. He thinks “a decent chunk of Labour’s traditional and more economically disaffected voters hold a very different view of the EU and EU-related migration than the average Labour MP".

"We know that Labour has been losing mainly economically disaffected and working-class older voters for some time, mainly over immigration and Europe," Goodwin adds.

"It is unlikely to resolve that problem by talking over and over again about the economic benefits of Britain’s EU membership or ignoring the contentious issue of free movement."

Nevertheless, there may be some comfort for Labour. While concerns linger over their growing disconnect from working-class Britons who tend to want to leave the EU it is “unlikely that Labour will vacate entire regions of the country”, Goodwin says.

Still, the warning is stark: how Labour handles this referendum could be critical to its long-term ability to mount an electoral comeback.