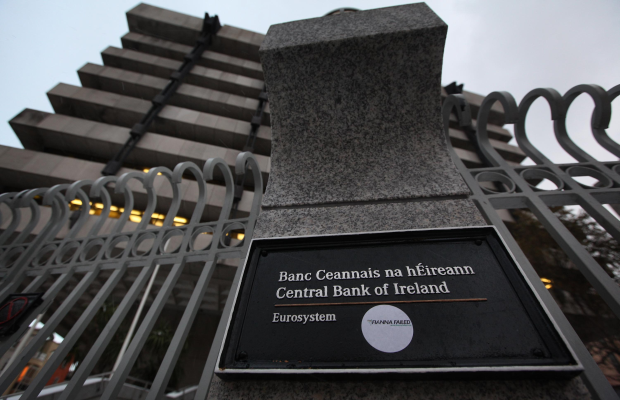 The Central Bank of Ireland has slashed growth forecasts for 2013, cutting them from 1.2 per cent to 0.7 per cent (release).

The 2012 data, along with the preliminary data for the first quarter of 2013 suggest a relatively muted recovery in activity this year. GDP growth of 0.7 per cent is now projected for 2013, with a modest pick-up in growth to about 2.1 per cent in prospect for 2014. GNP is forecast to increase by about 0.3 per cent this year, increasing to about 1.3 per cent in 2014.

A warning was given for politicians tempted to ease up on the country's fiscal consolidation program:

Despite the sluggishness of the economy, the Exchequer data for the first half of the year suggest that the 2013 General Government Deficit target of 7.5 per cent is on course to be met, albeit with a small margin. While the weakening of growth prospects poses risks, it is important that no slippage vis-à-vis the target for 2013 is allowed.

Looking ahead, there has been discussion of scaling back the fiscal consolidation effort in 2014-15 on the basis of the interest savings from the promissory note transaction. However, while recognising that some difficult decisions will still have to be made, Central Bank management remain of the view that this temptation should be resisted. The faster the needed fiscal adjustment is concluded, the stronger and more secure will be the platform for building the recovery in employment and income.