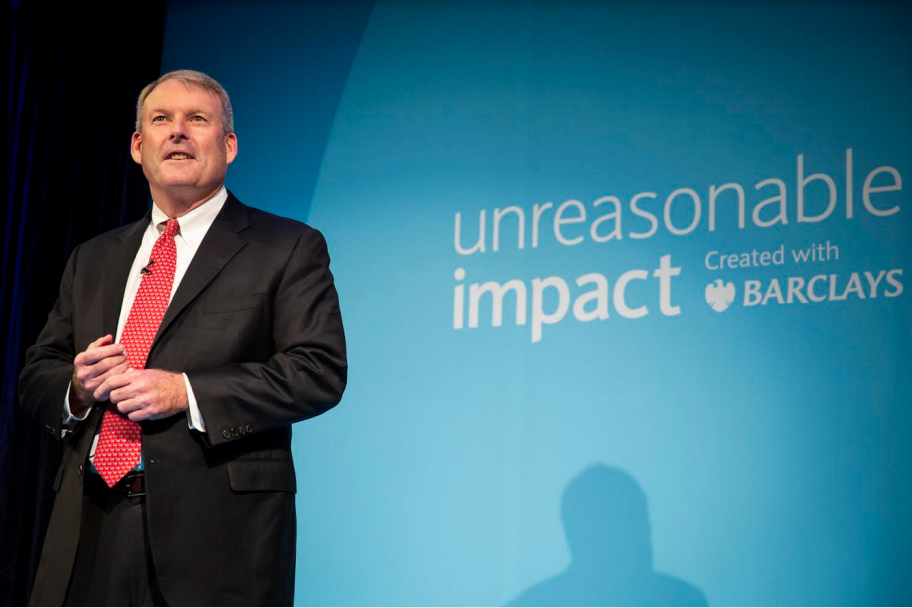 Demand for investments in businesses pursuing environmentally and socially responsible aims is building up unstoppable momentum, according to a top banker at Barclays.

Joe McGrath, global head of banking at the British bank, says the growth of environmental, social, and governance (ESG) concerns in business has become a “phenomenon” in the last five years.

ESG investing is becoming “truly a commercially viable strategy with the interest level and the financial resources that are being dedicated to it,” McGrath says. Money is pouring into the space from venture capital and private equity funds, he says, speaking to City A.M. ahead of a meeting of entrepreneurs in its Unreasonable Impact partnership.

Barclays partnered with Colorado-based Unreasonable Group, a firm which focuses on scaling up potentially world-changing companies. The 71 firms in the Unreasonable Impact programme have so far raised over $1.3bn in financing and have made $1bn in revenues.

Read more: The green economy race is heating up – and Britain has the edge

The programme focuses on “companies that are not only doing well, but doing good for society,” McGrath adds. It also puts particular emphasis on the prospects for job creation.

Firms in the UK and Europe programme, centred on London, now span from established firms to innovative startups. Green Fuels, which produces biodiesel from cooking oil and other feedstocks, has held a royal warrant since 2013 from the Prince of Wales. Riversimple produces cars vehicles powered by hydrogen fuel cells, with only water as immediate emission, while Offgrid Electric provides cheap solar lighting in some of the world’s poorest regions.

Unreasonable is aiming to identify “the world’s most promising impact entrepreneurs” to allow them to “really be the titans of industry tomorrow”, says Daniel Epstein, the firm’s founder. Some of the firms in the programme “have tech that most people don’t even know exists.”

However, they can often lack the connections to advice and services a growth company needs, while being an entrepreneur can be “lonely” work. In addition, UK and European entrepreneurs face a harder time in raising capital than their counterparts across the Atlantic, says Epstein.

"There's less of an aptitude for risk-taking with that capital," he says. "Culturally there's a different posture."

Read more: A quarter of Londoners want to start their own business

The programme aims to plug entrepreneurs into a network of experienced advisers, as well as helping them further down the line with access to equity or debt finance, giving Barclays further incentive to help the firms develop into companies on a global scale.

“We've developed a pipeline of future companies that we can be a long-term partner with as a firm,” said McGrath. “Companies that ultimately we can either potentially lend to, take public and help them with private capital raise. Many of them have already grown into situations where we think Barclays on an institutional basis can be helpful”.

The aims of the project fit with Barclays’ efforts to remain a top global investment bank. Barclays has come under significant pressure in recent years to improve the performance of the unit or move capital to higher-return operations elsewhere, with the notable presence of activist investor Edward Bramson among major shareholders.

However, the bank under chief executive Jes Staley has stayed the course so far, with recent results welcomed by the bank’s leadership.

“We are really trying to leverage our strengths as a transatlantic bank with dual headquarters, with London as our true headquarters and New York as a real differentiating point,” said McGrath. “It's working.”

The bank has had three consecutive years of market growth and the markets business has performed “consistently” since Tim Throsby arrived as chief executive of Barclays International.

“When you talk to clients around the globe they want to deal with a diverse range of banks globally, not just the US banks,” said McGrath, himself a former Goldman Sachs banker. “There's a real interest in having a European champion and our client base thinks that we're it.”