Interiors: From lock ups to lock ins, we find out how London's prisons, courtrooms and police station are turning into bars and hotels 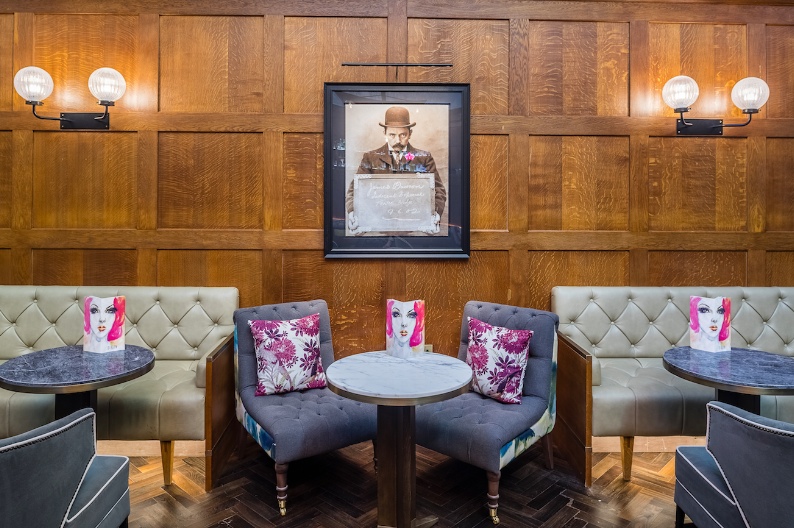 Thankfully London regeneration isn’t all about new-build skyscrapers. Some of our historic civic buildings have been given new leases of life as wonderfully atmospheric bars, hotels and restaurants. The best of these celebrate great design, seamlessly combining the old and the new. The Dixon hotel, bar and restaurant, just opened on the south bank of Tower Bridge, shows the best of them how it’s done.

It’s one of a number of recent conversions of magistrates’ courts and police stations, including the two Courthouse Hotels in Soho and Shoreditch, where the Kray twins faced charges of “demanding money with menaces”.

The famous 1881 Bow Street magistrates’ court and police station is to be a luxury boutique hotel and police museum, and the 1779 Palladian Old Sessions House on Clerkenwell Green, where Dickens – who worked there – sent Oliver Twist after his botched attempt to steal a watch, is soon to open its Judges’ Dining Room. The delayed Great Scotland Yard hotel in St James’s (the Met’s first HQ, investigating Jack the Ripper) is now slated for a summer opening, aiming to entice upscale Londoners with a destination restaurant and hotel whisky club bar.

“It’s a nod to the building’s history, with 60 glass and gold-leaf handcuffs within it”

But how do you turn a building of dread, into a 21st-century venue of convivial hospitality?

First you start with the architecture – the warmth of The Dixon’s Edwardian brickwork, the elegance of the execution and the pride in its 1905 civic construction all contribute to its modest graciousness and its Grade-II heritage listing. However, the team of renovators were acutely aware of what had gone before. Twenty pokey cells were inside (two remain in the restaurant), and cold stone was only relieved by old oak panelling.

“I always imagine how the people used to feel when they were here: frustrated, afraid, worried, anxious… they used to hang around the now-iconic central staircase chain-smoking,” says Rani Ahluwaila, creative director and partner of M Studio London, who worked alongside the owner Dominvs Group, architectural restorers Consarc Design, restaurant interior designers twenty2degrees and operator Clive Watson on creating luxury from fear.

“It’s certainly a very beautiful building, but it wasn’t designed to be welcoming and vibrant,” Rani says. “If you take a look outside, you have the Tower of London and The Shard – two incredible buildings in stark contrast to each other. We explore the collaboration of old and new throughout the hotel.”

The restoration includes a sensitive addition to the back, on what was the cell yard, to create the Provisioners restaurant and café with its own entrance on Queen Elizabeth Street (leading to the modernised Dickensian enclave of warehouses around Shad Thames). The hotel front on Tooley Street opens directly into the former entrance hall and grand staircase, where you instantly feel at home in a contemporary boutique hotel – floral art, velvet upholstery, soft teal and grey paintwork, pictures galore and, in pride of place, a magnificent cascading chandelier.

An original cell door in the Provisioners restaurant

“It’s a nod to the building’s history, with 60 glass and gold-leaf handcuffs within it,” Rani says, referring to the irreverent embellishments in a stunning work of art. “The chandelier in the Courtroom Bar includes 193 glass bulbs to represent the 193 bedrooms in the hotel. Every detail was considered.” Nothing to do with the long-running TV police series Dixon of Dock Green, The Dixon is named after its architect, John Dixon Butler. And Rani talks affectionately of how they commissioned his portrait at the head of the staircase. “It’s our tribute to Mr Dixon. After extensive research, we realised that not a single image of his face exists. We wanted to respect his mystery and not create a face for the man we have never met. We used flowers to shield his face, an internationally appreciated beauty.”

So, from cell bars to bars, a restaurant and rooms. I know in which era I’d rather be visiting.

The Dixon hotel, Courtroom Bar, Provisioners restaurant and café is at 211 Tooley St, SE1 (doubles from £199)