The inside track on the ultimate in slow cooking at Europe's biggest annual snail festival, l'Aplec del Caragol 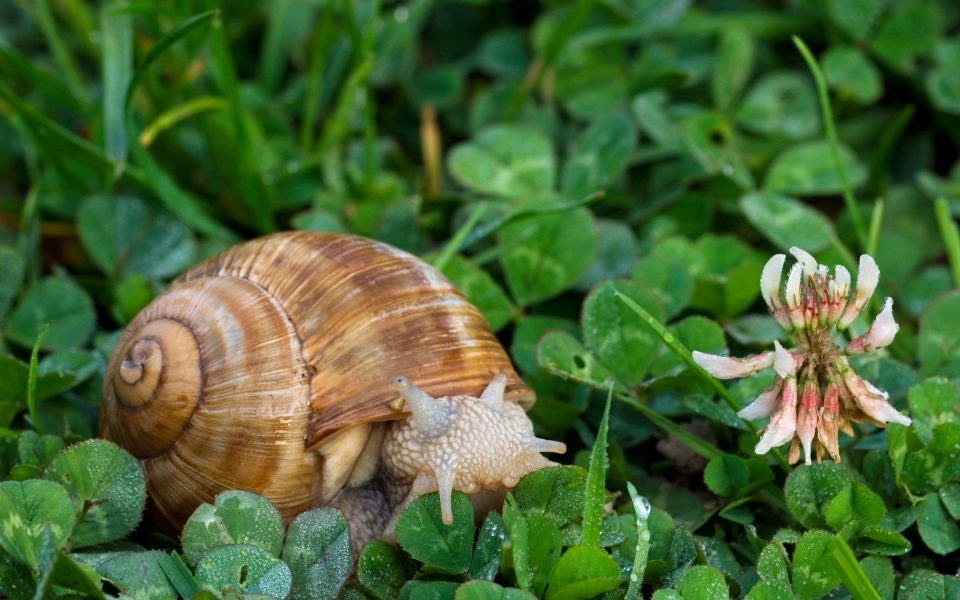 Since its humble beginnings as a small riverside picnic among friends in 1980 to the grand foodie fiesta it is today, l’Aplec del Caragol occurs every May, about 100 miles northwest of Barcelona in the provincial town of Lleida. The party offers townsfolk and visitors alike a chance to enjoy a weekend celebrating one of the region’s favourite foods: snails.

So beloved is this Catalonian staple that the Aplec del Caragol attracts more than 200,000 attendees a year. The three-day party is by far the most important date on the city’s calendar and offers music, dance, a raucous parade of brass bands, and ample opportunity for eating and drinking. Children patrol the festival grounds with fully loaded squirt guns, and adding some Catalan flare to the event are castells (human towers) and sardanas (traditional circle dances).

Aplec del Caragol is split into around 100 different areas run by social clubs called penyas. Some of these penyas are small and run by individual families, others are huge with DJs, bands, roving performers and digital displays, but almost all of them prepare dishes on a scale large enough to feed a small army, and always with snails as the key ingredient. The only cutlery needed is a toothpick to pry them from their shells.

Locals must be paying members of a penya, but for day visitors and tourists, the festival is free to attend, with passes allowing entry plus food and drink at a variety of penyas. According to festival tradition, all penyas are obliged to give a drink to anyone requesting one, as long as the person is polite.

The feasting reaches a crescendo on the Saturday night, and over the course of the weekend the festival consumes an estimated 12 tons of snails.

The Catalan love of gastropods isn’t limited to l’Aplec del Caragol. They’re commonly found on menus throughout Lleida all year round. Sustainably sourced and abundant, they’re low in fat and high in protein, not to mention delicious too. Like chicken wings or ribs, snails are typically enjoyed as bar food and are just as ideal an accompaniment to an inexpensive lager as they are a fine wine.

Most typically in Lleida, snails are prepared a la llauna (‘to the tin’), which sees them seasoned (usually with rosemary) and grilled over a fire or baked in an oven to be served in a metal plate alongside aioli or vinaigrette. Sometimes they’re served as a starter course, other times as a main. Often they’re baked in a bowl with prawns and jamon serrano.

Snails are farmed extensively in the region, though as they’re not the most profitable of livestock, they’re mostly raised for extra cash on the side, or for the kitchen at home. Most families eat them at least once a week, either as a meal or snack. But even with so much homegrown produce to choose from, most of the snails consumed at the festival must be imported to meet demand.

Snails aren’t the only reason to visit Lleida. This ancient city is home to La Seu Vella, a massive hilltop cathedral and one of the only examples in the world of a cloister set at the front of a church. It’s worth a visit, not just for the peculiar architecture, but for the regional history that accompanies it, which spans the 1,000 years from its construction right up to the end of the Spanish Civil War. The commanding view over the town and across the plains to the Pyrenees is special too.

Like chicken wings or ribs, snails are typically enjoyed as bar food and are just as ideal an accompaniment to an inexpensive lager as they are a fine wine.

Less monumental but just as fascinating is Lleida’s other historic hilltop attraction, the Castle of Gardeny, a 12th century monastery complex built by the Knights Templar who maintained it for centuries.

Lleida’s location near to the Pyrenees makes it an ideal base for hiking into the mountains too, where you’ll find the Aigüestortes and Estany de Sant Maurici National Park (Catalonia’s only National Park), and the rapids of the Rafting Park at La Seu d’Urgell, used in the Barcelona 1992 Olympics Games.

If you’d rather not walk, then driving in the Pyrenees can be just as rewarding. The winding mountain roads, expansive panoramas, rivers, lakes and streams evoke the rugged wilderness of the south-western United States, the Scottish Highlands or the Swiss Alps. At times the only clues as to our actual whereabouts were the tiny villages draped in yellow streamers, flown in solidarity with Catalan political prisoners.

My trip concluded with a relaxing night at El Castell de Ciutat outside of La Seu d’Urgell, the province’s second biggest town. Built at the foot of a 16th century fortress, the rooms (along with the spa’s jacuzzi) overlook mountain vistas from sunlit terraces. Having eaten my fair share of the festival’s annual 12 tons of snail, I couldn’t have asked for a more ideal spot to recover before my return home.

For more about l’Aplec del Caragol go to aplec.org. To start planning your own trip to the province of Lleida check out aralleida.cat/en