Meet the company helping to build trust in influencer marketing 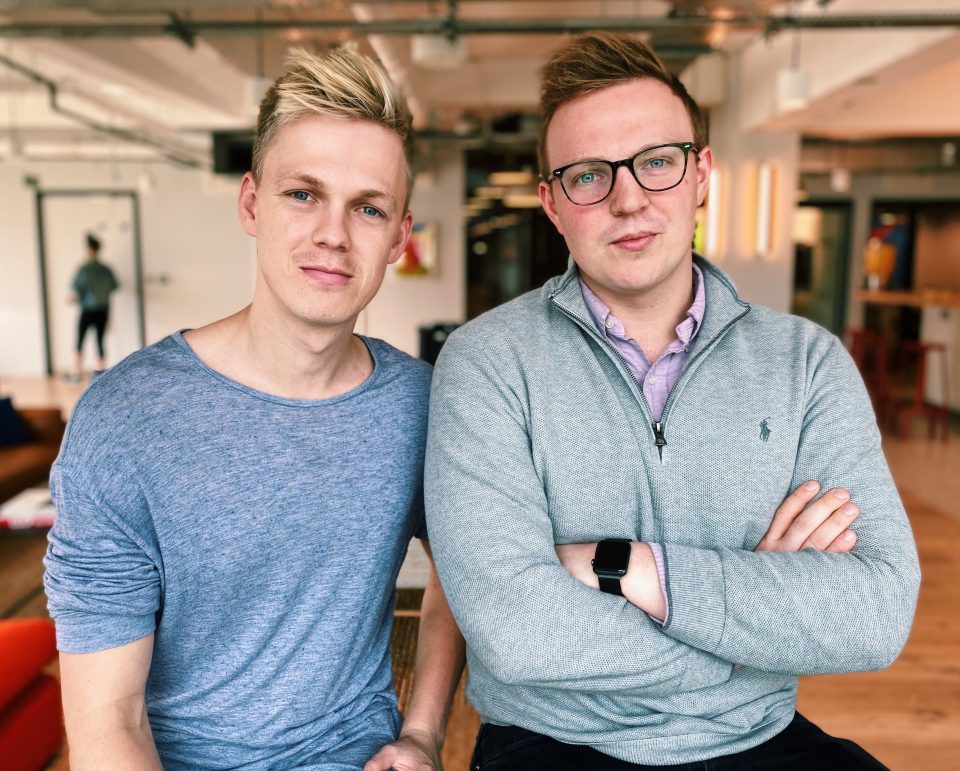 It’s not hard to find critics of influencer marketing. This is an industry  that is not short of scandals.

There have been instances of social media stars failing to label marketing content as ads, promoting things that turn out to be fraudulent – see the Fyre Festival debacle – or even creating fake content. In August, an Instagram blogger was caught out by fans who spotted the exact same cloud patterns in all of her travel pictures. She eventually admitted that she was editing her photos.

Backlash spiked in June 2018, when consumer goods giant Unilever complained about the industry and raised concerns about influencers with hoards of fake followers, which means that some brands weren’t getting a credible return on investment from their marketing spend.

Ben Jeffries and Caspar Lee are well aware of these criticisms. Not only because Lee is a content creator himself, with over seven million YouTube subscribers, but also because the pair are the heads of a major influencer marketing agency simply called Influencer.

“People shout at our industry about the percentage of influencer marketing that doesn’t work, but the fundamental reason for that is a lot of advertisers choose companies that claim they have the most influencers,” says Jeffries, Influencer’s chief executive.

“That’s not constructive, because they aren’t choosing premium influencers who’ve been checked not just for fake followers and engagement, but also for content creation ability.”

Influencer says its marketing platform connects brands with a network of vetted social media content creators. Marketers can choose a self-service option to manage campaigns themselves and hand-pick influencers, or they can go for a managed option, and Influencer’s team of experts can create a campaign and match them with creators.

The pair are young – Jeffries and Lee are just 23 and 25 years old respectively – and so is their platform, which launched in 2017. But since then, it has worked with major brands including Alibaba, Pepsi, and Starbucks, and last month it announced the completion of a £3m fundraising round.

So how has Influencer established itself, given the critiques of this type of advertising?

“It’s the relationship we have with our creators,” argues Lee, Influencer’s chief innovation officer.

“We’re not chasing as many creators as possible. We’re only chasing the ones that work best for a brand. Also, a lot of these other companies, they don’t have experience in creating content for viewers in this day and age. You have to be very particular with the way that you use influencer marketing. You have to have run a YouTube channel yourself to really understand it.”

The pair describe their business partnership as a “Tinder success story” – they met after Lee started dating a friend of Jeffries.

“We met in a little meeting room in London. I think Ben was very nervous: everything that came out of his mouth was so smart, intelligent, and great, but his face was very sweaty,” recalls Lee affectionately.

The original idea for Influencer had come to Jeffries in 2015. Then aged 19, he already had a clothing company called Breeze, and was looking for ways to promote it.

“Everyone knows that if celebrities wear your clothes, people will want to buy them. The issue was, how can I partner with celebrities if I can’t afford them? Nor do I know any,” he recalls.

“I’m a massive Chelsea football club fan, and I went after Chelsea reserve players, who had around 15,000 Twitter followers. I started building these networks of micro-influencers who could promote my brand. I realised, if I’m benefiting from using these smaller influencers to promote my brand, surely others can benefit too. That’s when I had the idea to launch an agency to try and collate this network I’d built up with other brands.”

Jeffries dropped out of Bath university and left a work placement at Shell to follow his business dream.

“I like to say I quit the sixth largest company in the world,” he jokes. While developing the platform’s tech, he approached Lee for help on the creative side of the business.

“I was thinking, how can I make Influencer this big company? The obvious option was to sit down with someone who knows the industry inside-out from a creative perspective,” Jeffries says. “I felt like I knew a lot about it from an advertising perspective, and that combination of our two minds could create a powerhouse of influencer marketing.”

Going back to the criticisms facing the industry, I ask the team if influencer marketing is now a mainstream advertising channel, or if some brands are still hesitant.

“I think the brands that are sceptical will regret it,” says Jeffries.

“We live in a world where we’re always on our phones. We’re all scrolling through social media, following influencers and content creators that we’ve chosen to follow. If we can activate a marketing strategy using those influencers, then we can capture all those eyeballs.”

There are other signs of the growing acceptance of this type of marketing. Influencer attended the prestigious Cannes Lions festival this year, and the pair have been invited to speak at other major marketing events. This is no longer a fringe channel.

“We’re also speaking to heads of major agencies about how they can grow their influencer strategies,” adds Lee. “They are taking it seriously. I do think the UK is behind the US, though. The spend by brands out there is incredible – you can expect that to happen here eventually.”

Looking ahead, the pair have ambitious plans. Following the fundraising, they’ll be opening an office in New York, then will expand to the West Coast of America.

“The US is going to be a massive channel for us,” says Jeffries. “We’ve been working with a lot of UK and European brands on their US strategy. We’re taking those lessons, and we’ll help a lot of American companies on their strategies into the UK. We see the company growing three-fold over the next 12 months.”

Some may argue that influencer marketing is a passing fad, but for now the scandals have started to die down and it is enjoying broad appeal in the advertising industry. I say that not just because of the experience of Lee and Jeffries, but from other signs.

The most notable one? A year after Unilever complained about the space, it helped raise $12m funding for an influencer marketing platform. That seems like an endorsement to me.