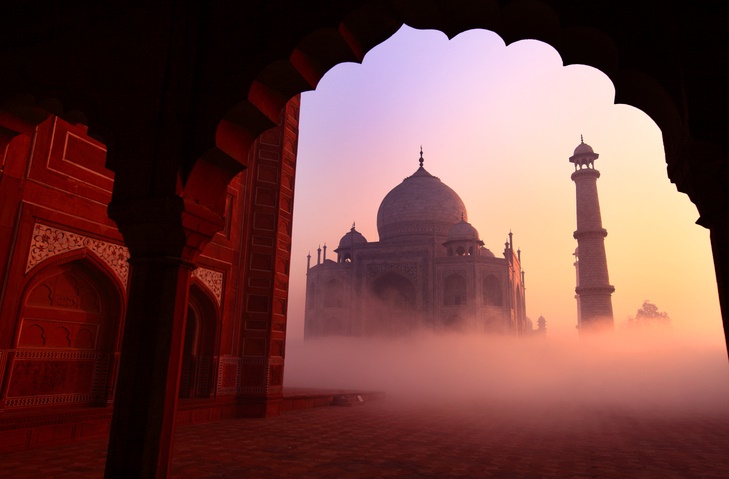 There are lots of reasons to invest in India now. Our international columnist runs through them here.

Rodney Hobson is an experienced financial writer and commentator who has held senior editorial positions on publications and websites in the UK and Asia, including Business News Editor on The Times and Editor of Shares magazine. He speaks at investment shows, including the London Investor Show, and on cruise ships. His investment books include Shares Made Simple, the best-selling beginner’s guide to the stock market. He is qualified as a representative under the Financial Services Act.

Just as China used to lag way behind the dynamic Asia-Pacific region, so India has been left behind China in the race to modernize. Just as China saw its economy boom when it finally played catch-up, India still has lost ground to make up – to the enormous potential advantage of those who invest.

China, the most populated country on earth, has grown to be the second-largest economy after the United States. India, the only other nation with more than 1 billion inhabitants, will overtake China’s population in the next few years. Like China, it has a narrow middle class and an underdeveloped sense of consumerism.

India does, however, offer a much better investment prospect than China. It has a greater tradition of law and order, a more developed level of infrastructure and a more prosperous populace than was the position in China. The stock market has performed strongly over the past few years as the process of modernization has taken hold.

The Indian General Election has raised the prospect that the economy will receive a further boost in the coming months and years. Narendra Damodardas Modi, Prime Minister since 2014, won a clear victory and is set to rule for a further five years. Although he has been criticised for overpromoting Hinduism, at the expense of followers of other religions and better relations with Muslim Pakistan, he does offer stability after fears during the campaign that the outcome would be an unstable coalition.

Modi’s manifesto included proposals to spend more than £1 trillion on infrastructure and nearly £10 billion for farming. He plans to continue with his existing policy of simplifying the tax system. The results should be positive for companies in housing, transport, construction, property, agriculture and finance.

The Reserve Bank of India has reduced interest rates twice this year to promote growth, although it has been a mixed blessing, with a fall in the value of the rupee against the US dollar pushing fuel prices higher.

India’s is a difficult stock market to judge and it is not easy for investors in the West to understand and evaluate the prospects of individual companies. This is one area where it may be better to place your faith in an investment trust with a spread of holdings and employing expert managers with their fingers on the pulse.

One possibility is JP Morgan Indian Investment Trust (LSE:JII). It has performed well, although it may be a little too heavily weighted towards the finance sector than some investors would like. Investment manager Rukhshad Shroff seeks out high-quality companies with the potential to grow their market share.

The shares currently stand at about 762p, having recovered rapidly from a trough of 577p last October, but they are still a touch below the 785p peak they reached at the start of last year. The net asset value (NAV) per share is 838p – in other words the shares are trading at a discount of 9% to the underlying value of the assets it owns.

Source: interactive investor  Past performance is not guide to future performance

While it is quite normal for investment trusts to trade at a discount, that looks too cautious given the enormous potential of the Indian market. Gearing is prudently very low at 0.5%, so in a worst-case scenario any downside will not be magnified.

Aberdeen New India Investment Trust (LSE:ANII) is a reasonable alternative. It, too, is heavily into financial stocks and it is also more heavily overweight than many rivals in consumer staples.

Like its JPMorgan counterpart, it saw its shares bottom out in October but has since recovered to a new high of 500p. With a NAV of 550.30p, it also trades on a discount of 9%.

Source: interactive investor  Past performance is not guide to future performance

Hobson’s Choice: Buy JPM Indian IT, my preferred option, below 800p. Aberdeen New India IT is worth considering provided you do not have to go much above 500p.

Rodney Hobson is a freelance contributor and not a direct employee of interactive investor.

ii adheres to a strict code of conduct.  Contributors may hold shares or have other interests in companies included in these portfolios, which could create a conflict of interests. Contributors intending to write about any financial instruments in which they have an interest are required to disclose such interest to ii and in the article itself. ii will at all times consider whether such interest impairs the objectivity of the recommendation.