An independent Scotland should use the pound without England's permission. Here's why 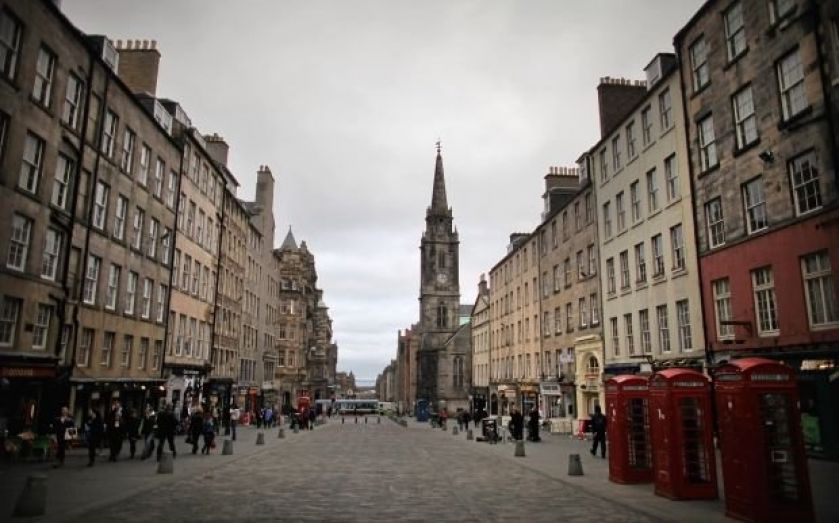 The pound could still be an independent Scotland's best bet.

As chancellor George Osborne is set to rule out a currency union with an independent Scotland, a Yes vote might make ignoring Osborne the smart choice.

Sam Bowman, research director at the Adam Smith Institute, says that "an independent Scotland would not need England’s permission to continue using the pound sterling, and in fact would be better off using the pound without such permission."

It would be near impossible for the English government to actually stop Scottish people using the pound.

“As the American economist George Selgin has pointed out, what the Prime Minister really means is that the Bank of England would not act as a guarantor for Scottish banks or the Scottish government", says Bowman.

"Lucky Scotland: the implied promise of a bailout from the European Central Bank is exactly what allowed Eurozone banks and governments to borrow cheaply and get themselves into a debt crisis."

Other countries effectively do the same thing. Ecuador and El Salvador both use the US dollar without permission from the Federal Reserve.

And the Federal Reserve of Atlanta says that they have "experienced improvements in banking regulations and in the overall stability of the banking systems" as a result.

They're faring better under that system than under a formal currency union.

Bowman suggests that an independent Scotland could continue to use the pound as a base currency, "with banks continuing to issue notes privately and private citizens free to choose any currency they wanted".

“An independent Scottish government should let the Scottish people be free to choose whatever currency they want – the pound, Bitcoins, gold, or something else – and let the market decide what dominates."