The Independent Group's logo for European parliament elections is rejected 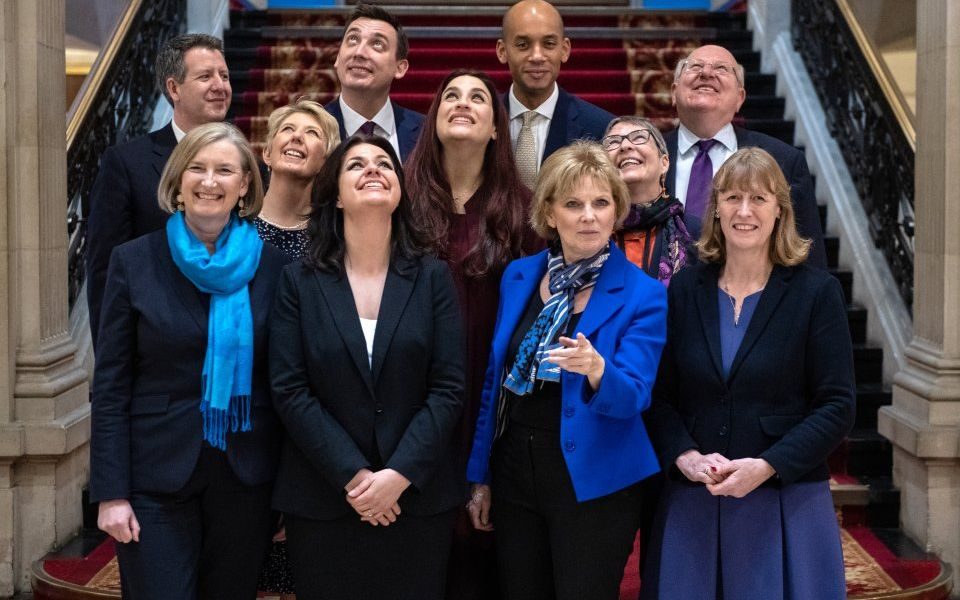 The Independent Group (TIG) is set to compete for seats in the upcoming European elections after being given the green light by the Electoral Commission this afternoon.

However, the breakaway group of former Conservative and Labour MPs has been forced to think up a new logo after the watchdog rejected its current one.

The image contained the initials TIG along with the hashtag "#Change", for being "likely to mislead voters".

A spokesperson for the commission explained: "The emblem contained a hashtag, and we cannot assess the material linked to a hashtag, which will change over time, against the legal tests.

"The emblem also contained the acronym TIG, which we were not satisfied was sufficiently well known."

This is the rejected Change UK logo:

I think the electoral commission have done them a favour… pic.twitter.com/R1PGI4GF0B

The new group, which has now been formally registered as a political party under the new name Change UK, was formed in February and currently consists of 11 former Labour and Tory MPs who have called for a second referendum on Britain’s decision to leave the European Union.

In a statement today the group said expected to field roughly 70 candidates in the upcoming elections, which it will announce more details on later this month.

Change UK's interim leader Heidi Allen said: "This is a fight for Britain's voice in Europe – and we have been overwhelmed by the thousands of people wanting to roll up their sleeves and join our campaign from every walk of life and every corner of the country.

She added: "Change UK – The Independent Group have a clear message in the European elections: we demand a People’s Vote and, if it is held, all our MPs will campaign to remain in and reform the European Union."

Launching the new party in Coventry, the former Ukip politician, a driving force behind the Leave vote three years ago, attacked what he called "career politicians".

A poll published last week found The Tories would be hit hard in European parliamentary elections if they are held in the UK as part of another delay to Brexit.

Labour would take in a massive 38 per cent of the vote, compared to Theresa May’s party’s 23 per cent, according to the poll.

Open Europe director Henry Newman said: "Right across the EU, European elections are seen by voters as an opportunity to register a protest.

"Assuming Brexit is further delayed and the UK is forced to hold elections for new MEPs, those elections will give the public a chance to send a message on Brexit.

"These early results suggest that Labour are on track for a strong performance in the European elections, with the Conservative vote significantly squeezed."