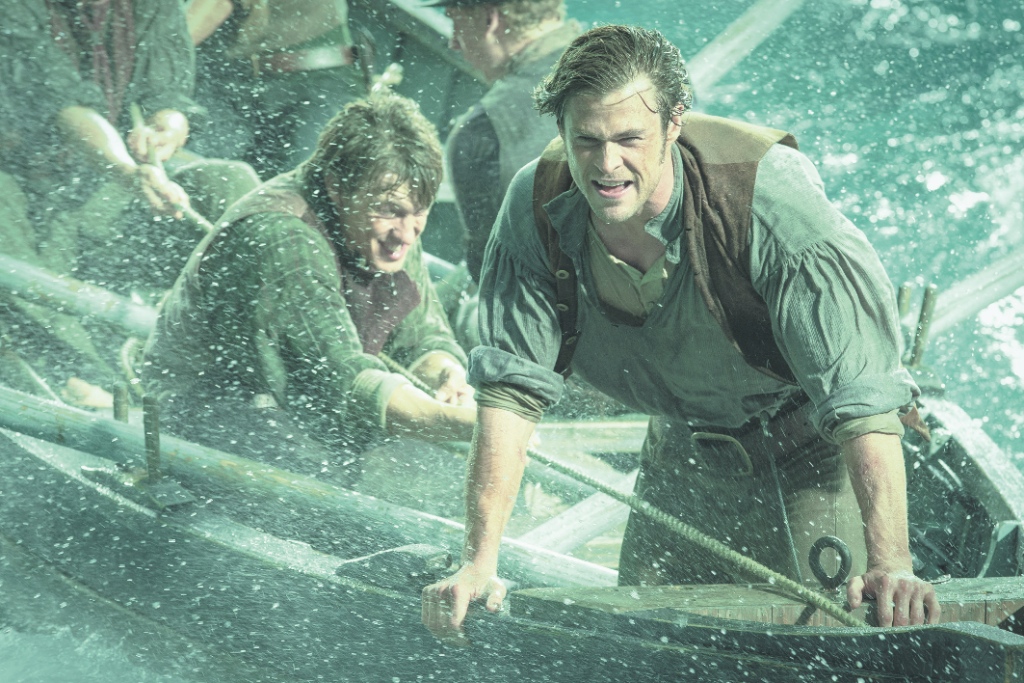 A film based on a book about a novel about a big-ass whale, In the Heart of the Sea recounts the true story of the Essex whaleship that inspired Herman Melville’s fictional epic, Moby Dick.

In the movie, a bunch of swarthy dudes pop off to sea to stab some whales and, in doing so, attract the attentions of the biggest and most belligerent fish around. What’s everyone’s beef with whales? Well, they’re full of precious whale oil, which was used to power lamps and spinning jennies and whatever else they had back in the 19th century.

Chris Hemsworth plays expert whale-botherer and first mate Owen Chase, who butts heads with his blue-blooded and nepotistically appointed captain. That very quickly stops being important as the crew sails headlong into the usual litany of crises to befall every ship that’s ever appeared on screen. A big storm. A mast falling over and crushing a cabin boy. Some underwater bits where a guy is thrown overboard and you hold your breath to see if you’d be able to survive in that same situation.

But sadly the film is more fail than whale. The few action sequences are a visually confusing medley of splintering decks and barely discernible shouting. Everything is very clearly filmed in a paddling pool next to a wind machine. And for the few minutes that the star of the show – Big D himself – is present, he’s about as threatening as a massive, floating CGI turd. The largest and most powerful creature on the planet, reduced to a big angry computer trout.

No amount of Hemsworth’s top-notch swashbuckling can revive this adventure once it loses its pulse. Even Moby Dick seems to lose interest after a while, his initial enthusiasm for terrorising the harpoonists giving way to whalish absenteeism and cetacean apathy.

As the focus of the film turns to the surviving crew and their boring efforts to stay alive, it’s difficult to not pine for the giant whale to come back and smash up a few more boats.

More whale. That’s what this film needs. After all, Herman Melville’s alternate title for his novel wasn’t “Those Men Who Were In The Boat At The Time”, but “The Whale”.

Because that was the best bit.