In a city where property is in short supply, why do buildings still lie derelict? 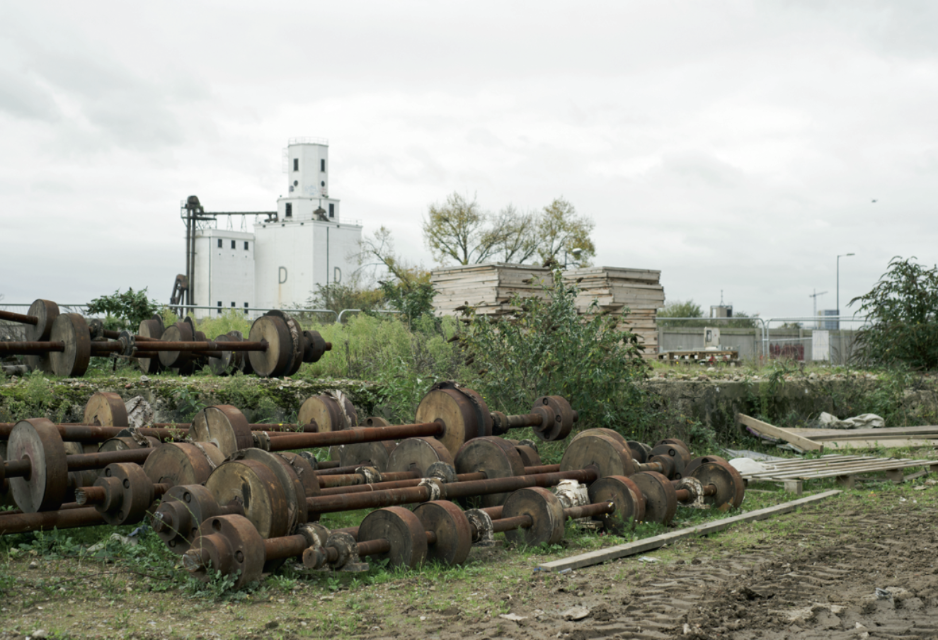 From the top floor the Royal Docks’ Millennium Mills there’s a stomach-churning, 10 storey hole in the floor. It used to house a Rube Goldberg-esque, flour processing helter skelter back in the building’s heyday in the first half of the last century. Now it’s little more than a skeleton, stripped back to brick and concrete, the 1933 art-deco frontage is the only clue as to its illustrious past. Each of its thousands of windows have been smashed, the result of generation after generation of children sneaking into the site over the 33 years it’s lain derelict.

Only a few reminders of its working past remain – Armitage Shanks urinals, for instance, have stood the test of time – and they now stand as rather creepy memorials to the building’s past, hidden amid the damp and decay. On the ground floor of the neighbouring former Rank Hovis building the rusting remains of industrial machinery lies in neat piles; nobody wants to throw the stuff away but neither are they sure what to do with it.

Millennium Mills was a functioning factory until 1981, by which time it was being used to produce Winalot dog biscuits, but it closed its doors for the last time as the docks entered terminal decline. Since then there have been several attempts to redevelop the space, including an ambitious project to build an aquarium, despite the site being a long way from the lucrative tourist trail. As of April this year it finally went under redevelopment – my tour came after the remaining asbestos had been stripped – and it will form the flagship of a new project creating 65 hectares of business, residential and commercial space, including 3,000 new homes.

But Millennium Mills is far from unique: there are dozens of similar sites scattered across London; former jewels in our industrial crown, built to last, but lying derelict, of interest only to truanting children and urban explorers. Many lie in the former industrial hubs of the East End but you can spot them in every corner of London, from the EMI building in Hayes, which lay empty for years, to the famous In & Out Club in the heart of Piccadilly to the sprawling offices above Morden Underground. It seems to beggar belief, given the intense pressure of the London property market, especially as period buildings are the hottest ticket for residential and commercial developments. So why do so many of these spaces lie empty?

“One of the biggest misconceptions is that there is no demand for them,” says Paul Talling, author of Derelict London and a tour guide around the Docklands’ abandoned buildings. “There are actually loads of enquiries, but people don’t realise how expensive they’re going to be. They assume that just because these buildings are in a bit of a state that they’re going to be available for next to nothing – that’s not the case.

“Often the owners are not even looking to sell. It might be that they have plans for the building but planning permission can take years to come through. Or maybe they see the land as an investment and they’re happy to just sit and watch its value increase. You could do this for decades without developing and still make a huge profit on your investment.

“In some cases there would be opposition to development from the local community, who don’t want to see old buildings converted into luxury housing or offices or whatever. This can hold up planning permission for years or even decades. So maybe you buy it and just leave it empty, and then in a few years maybe there’s a mysterious fire and the place becomes an eyesore or a hazard and you find that planning permission suddenly becomes a whole lot easier. You’d be surprised how many mysterious fires happen…”

There are, of course, as many stories for why buildings lie empty as there are buildings, but certain key concerns raise their heads more often than others. “Planning permission is a big one,” says Iain Painting of planning and design consultancy Barton Willmore. “Rules around changing the use of a building (e.g. from commercial to residential) have been relaxed but that’s scuppered many redevelopments. The “right to light” is another – an injunctionable legal issue that can stop you building on or redeveloping certain spaces if you’re going to block out your neighbour’s sunshine. Then of course there are viability issues like asbestos, which can incur huge expenses. But you look at some derelict buildings like the In & Out Club and think ‘there’s no explanation for that’ – it’s in the middle of London, huge footfall, so it must be down to whoever owns it.”

These kinds of buildings, he notes, are becoming fewer and farther between. Around a decade ago they started to be developed in a far more systematic way, as land prices rose and transport links continued to improve: “things like the DLR, the Overground lines and the upcoming Crossrail have a huge impact,” he says.

Even while some of the buildings languish in redevelopment hell, you’d think that relatively small-scale, temporary events like street food markets and on-location theatrical productions such as Secret Cinema would make use of these grand, atmospheric arenas. But Henry Dimbleby, co-founder of upmarket fast-food brand Leon and the pop-up street-food market London Union, says small businesses are put off by draconian planning laws. “The whole system is set up to deal with loft extensions at one end and large-scale developments at the other,” he says. “The law is hopeless at doing things for people who want to use spaces for, say, three to five years. The process is as onerous as if you were developing and building acres and acres. Most people just give up because the cost outweighs the benefit.”

For now many remain ghostly, statuesque reminders of London’s recent history, hiding in plain sight, left behind by the frantic scramble for progress. “It’s nice to see an alternative London that not everyone sees,” says Taller. “It’s a contrast to the shiny glass and steel that dominates most of the landscape.”