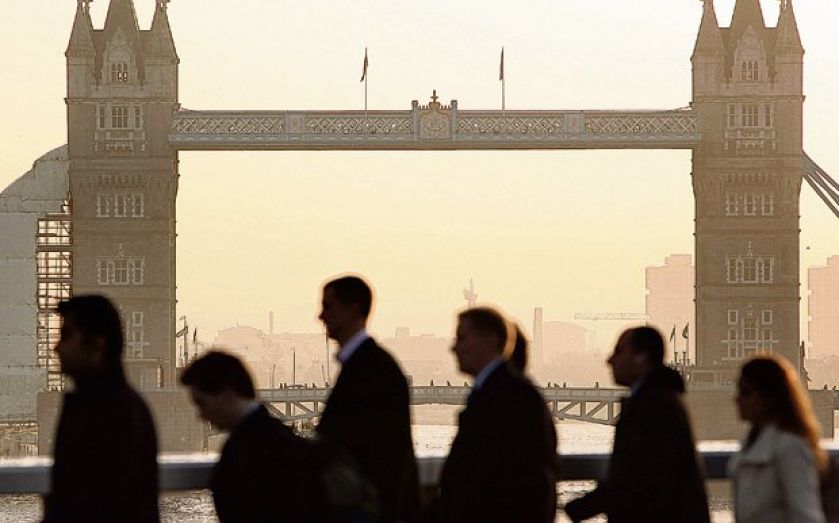 BRITAIN is set to outstrip global growth this year, with figures out today expected to confirm that the economy has bounced back from the recession and is now larger than it ever has been before.

British GDP will have grown by 3.4 per cent between the fourth quarter of last year and the end of 2014, the International Monetary Fund (IMF) predicted yesterday.

On the same basis, global growth will reach 3.3 per cent. It would be the first time the UK has seen world-beating growth in over a decade.

The international economic watchdog boosted the UK’s projection by 0.4 percentage points, and cut the world figure by 0.3 points from their last prediction in April. Britain’s situation has improved despite major setbacks for Russia, the US, and the con­tinuation of sluggish growth in the Eurozone.

The hike in Britain’s forecast is the largest of any advanced economy, giving it the strongest growth outlook of any G7 nation by a distance – even though some emerging economies are expanding at a faster rate.

“The IMF is eating humble pie again,” said Ruth Porter of Policy Ex­change. Just over a year ago, IMF chief economist Olivier Blanchard said chancellor George Osborne’s policies were “playing with fire”. IMF chief Christine Lagarde was forced to admit earlier this year that the Fund “got it wrong” on the UK recovery.

The Office for National Statistics (ONS) is also set to announce today that the UK economy has returned to a new record size.

Economists predict GDP swel­led by 0.8 per cent in the second quarter of the year, which would push the size of economy above its previous peak in the first three months of 2008.

Two announcements yesterday indicated that growth is still not slowing. Retail sales figures showed the strongest quarterly rise in quantity of sales for more than 10 years, with an increase of 1.6 per cent from the first three months of the year.

“Looking ahead, the prospect of further strong gains in employment, a gradual pick-up in wage growth and subdued shop price inflation thanks to the stronger pound suggest that further solid gains in consumer spending are likely over the rest of 2014 and beyond,” said Capital Economics.

“The recovery shows little sign of slowing and it’s looking likely that GDP has surpassed its pre-crisis peak,” added Katja Hall of the CBI. The business body said that a net balance of 29 per cent of firms reported rising output in the three months to July, well above the long-term average.

Despite the growth, Labour leader Ed Miliband will argue today that the coalition has created “an economy that doesn’t work for most people.”

* Estimates by the International Monetary Fund