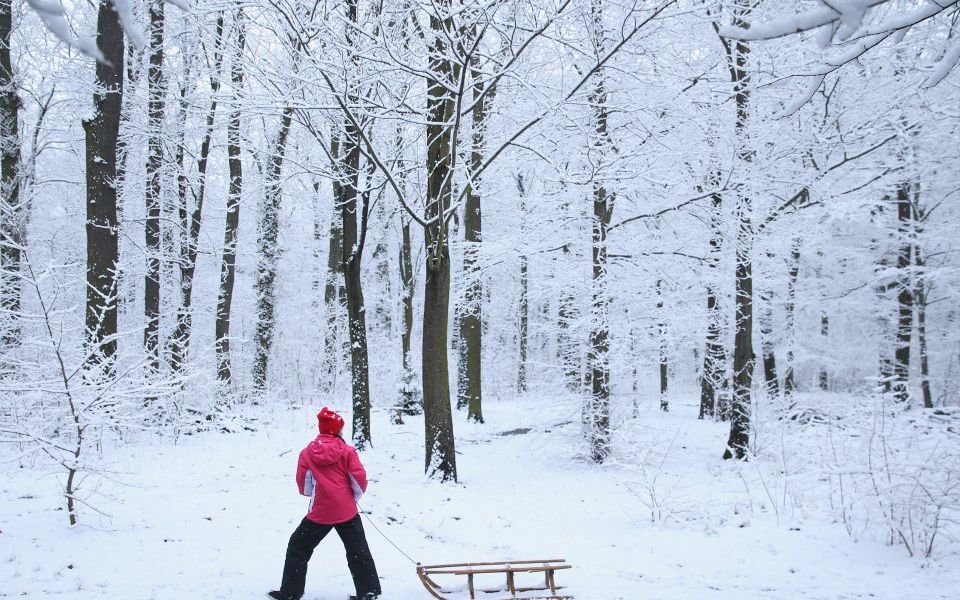 Four months into this six-month strategy and both our winter portfolios are thriving, writes Lee Wild.

Finding a trading strategy that works 100 per cent of the time is the Holy Grail of investing. We're not claiming to have found it here, and seasonal trading is not for everyone, but there is a statistical anomaly backed by decades of data that appears to shift the odds in the investors' favour.

Research shows that buying and selling at two specific dates of the year has historically generated better returns than if you had stayed invested all year round. Indeed, buying a portfolio of shares on 1 November and selling it on 30 April has significantly outperformed over the last 24 years and provides a clear strategy for investors.

Starting with £100 in 1994, investing only in the market between 1 November and 30 April every year would have turned the £100 into £327. By comparison, staying invested continuously would have grown the pot to £261 (excluding dividends), and investing only during the summer months would have left you with just £73 of the original £100.

We adapted the theory to design two portfolios for different risk appetites, made up of liquid FTSE 350 stocks that have regularly outperformed over the winter months. The Consistent Winter Portfolio is a basket of five shares that have risen every winter for at least the past decade. Stocks in the higher-risk Aggressive Winter Portfolio have risen during the same period 90% of the time. Both have now beaten the benchmark and been profitable each time since inception four years ago.

Every year, the corporate, economic and political calendars appear littered with potential banana skins. With Brexit weighing heavily on investment in UK businesses and domestic shares, and a deadline of 29 March set just one month before the strategy ends, this year was no different.

The risk of a US interest rate mistake, rising bond yields, Donald Trump’s trade war with China and another Italian debt crisis featured high up a long list of headwinds. A major market sell-off during the fourth quarter of 2018 appeared to reduce the odds of maintaining our 100% success rate this time. But with just two months to go, an impressive recovery in 2019 so far has put both portfolios in a great position.

February proved a fruitful month for global equities, and receding fears of a no-deal Brexit have given a lift both to shares with a domestic focus and more defensive plays. The FTSE 350 benchmark index added a respectable 1.7 per cent, but both our winter portfolios did better. Continuing its impressive form, the Consistent Portfolio jumped by 3.9 per cent in February, taking returns for the first four months of the strategy to 14 per cent. The benchmark is down 0.4 per cent!

Little-known motorway barrier firm Hill & Smith (LSE:HILS) added 7 per cent in February and is up 19 per cent so far this winter. Shares in everyone's favourite blue-chip hotelier InterContinental Hotels Group (LSE:IHG) were up almost 4 per cent for the month and nearly 10 per cent for the strategy to date.

Kitchen supplier Howden Joinery (LSE:HWDN) had risen 26 per cent between 20 December and late February, but full-year results were clearly an excuse to take profits. The numbers were largely in line with expectations, although gross margin and current trading volume trends were disappointing.

Speciality chemicals giant Croda International (LSE:CRDA) is an ever-resent in the consistent portfolios, and has risen every winter for at least the past 14 years. We've just had annual results, and weakness at the personal care division in 2018 is only partially offset by a special dividend. The shares are flat this strategy, but Croda is a class act and there's still time. After a difficult start, our Aggressive Winter Portfolio continues its impressive recovery. JD Sports (LSE:JD.), caught up in the panic around Britain's retail sector, dragged the portfolio down as much as 14 per cent in the run-up to Christmas.

But confidence has returned in spades, and the portfolio, which includes Rightmove (LSE:RMV) and US-focused equipment hire giant Ashtead (LSE:AHT), has added 21 per cent since. Now into positive territory, it returned 1.8 per cent in February and is now up 3.9 per cent for the first four months of the six-month strategy, excluding dividends.

Workspace provider IWG (LSE:IWG) added 2.9 per cent last month and is now flat for the winter period so far. Heat treatment engineer Bodycote (LSE:BOY) has struggled, but prospects are improving.

Results published early March have impressed and the 10 per cent share price rally will show up in next month's portfolio performance data. Numbers were at least in line with expectations, while the automotive business outperformed. A strong balance sheet has also bankrolled a special dividend of 20p a share, which will bump up the portfolio's total return!