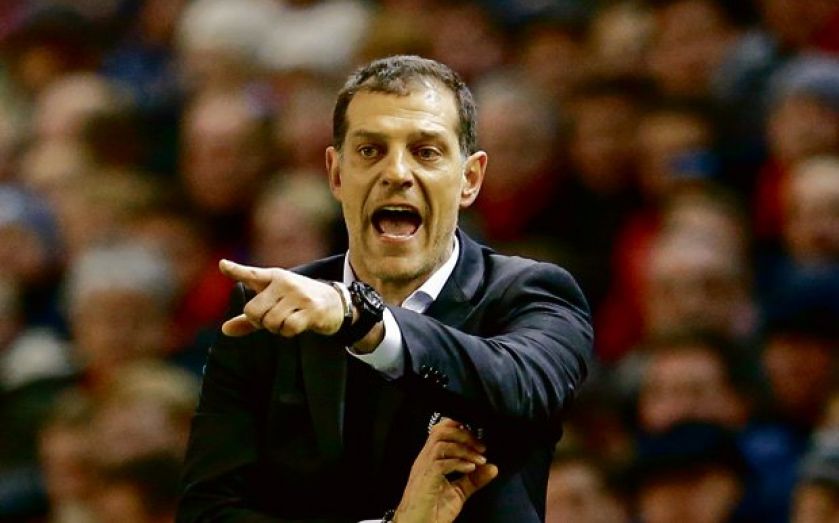 WEST Ham’s new manager Slaven Bilic has been set the target of finishing in the top half of the Premier League in his first season – but the Croatian is already dreaming of Champions League qualification.

The former Hammers defender was yesterday confirmed as the successor to Sam Allardyce and the man to lead the club from the Boleyn Ground era to a new dawn at the Olympic Stadium, their home from next summer.

West Ham’s owners are hopeful that the move will propel the east London side into Europe’s elite and had been linked with ambitious moves for star coaches such as Carlo Ancelotti, Jurgen Klopp and Rafael Benitez. Bilic may not belong in that company, and is still to lift silverware in more than a decade as a manager, but the charismatic 46-year-old believes he can take the club on, if given time and money.

“The ambition is to try to be top 10, definitely, and then improve on that. First season, if we can finish eighth, ninth or tenth. Then, in the space of a few seasons, with the stadium and everything, with hype, with probably a little bit more budget, with good planning and good play, nobody can stop us dreaming of European places or if we have a brilliant season to try to break into the Champions League places.”

Allardyce was released at the end of his contract last month after four years of mixed reviews from the terraces for his pragmatic approach, and Bilic has promised more entertainment. He added: “Logically if you play well and you improve your squad, if your players are playing more compact and more fluid with the ball, it should get you up the league.”

Bilic, who became a fans’ favourite during 18 months as a West Ham player, began his coaching career in earnest with Croatia, leading them to Euro 2008 at England’s expense, before stints at Lokomotiv Moscow and Besiktas.