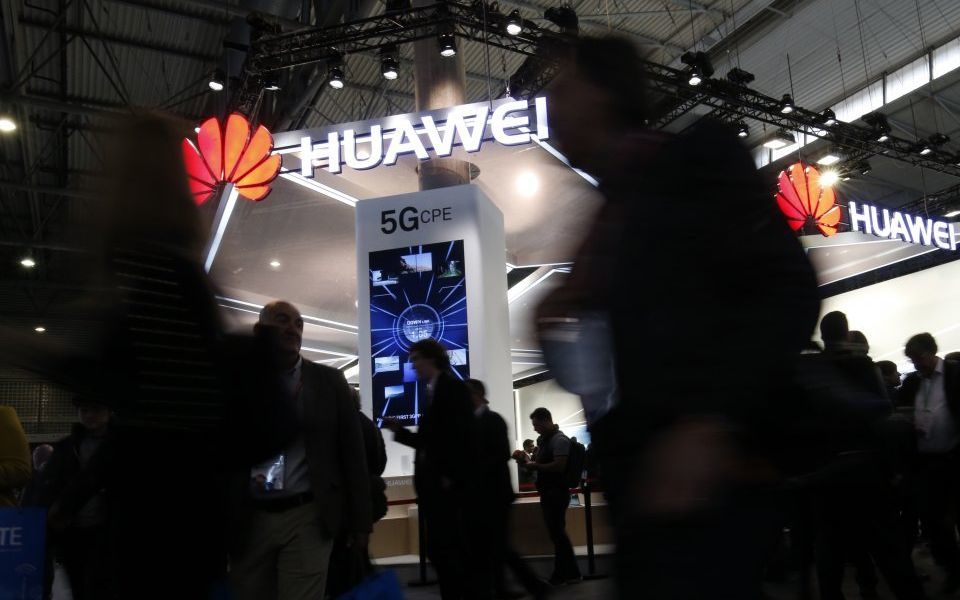 Imagine if you were told that your new home internet network was going to be part built and maintained by a company alleged to have links to some of the most prolific identity thieves in your area.

In all likelihood, you would change your provider.

Yet that is precisely the course of action the British government is not intending to take with a forthcoming critical infrastructure decision.

If leaks from Tuesday’s National Security Council meeting are to be believed, widely held concerns over the potential security threat posed by Chinese giant Huawei have been waved away.

Although it is yet to be officially confirmed, the belief in Westminster is that Huawei has been granted the opportunity of supplying “non-core parts” of the UK’s new 5G data network.

It is considered to be the market leader in 5G technological expertise, which is testimony to the foresight of its founder, Ren Zhengfei, in having laid the investment foundations for a global behemoth.

But the company has been beset by allegations of criminality. The US Department of Justice has filed two charges against Huawei and its chief financial officer Meng Wanzhou, one of which alleges obstruction of justice and the attempted theft of trade secrets from T-Mobile.

Huawei and Meng deny the charges, but other western companies have made similar claims.

More pertinently for a national security decision, Ren is a former officer in China’s People’s Liberation Army. Huawei has never been able to shake off claims that its rise has been dependent on state support from the Chinese government.

No Chinese firm can escape the political influence of the country’s government, because all companies in China are required by law to have an internal committee comprised of Communist Party members.

Huawei maintains that this is purely to ensure the promotion of “correct” values. But measures like this, and the de facto requirement for chief executives of major companies to be Communist Party members, provide plenty of opportunity for informal influence from the state at the very least.

Even more disturbingly, there is an article in Chinese law that makes it mandatory for any company to help the Chinese Communist Party in intelligence gathering if asked. Huawei claims that this situation has never occurred. But it would say that, wouldn’t it?

And even if there is no current proof of Chinese governmental involvement in its activities, that could surely change in the event of a future dispute or conflict between China and foreign countries dependent on Chinese technology.

This threat has been sufficient to bring action from our allies in the Five Eyes intelligence partnership.

The US has barred Huawei from operating in its 5G space, and secretary of state Mike Pompeo issued the stark warning about its technology that “if a country adopts this and puts it in some of their critical information systems, we won’t be able to share information with them”.

Similarly, Australia has banned companies “likely to be subject to extrajudicial directions from a foreign government” from supplying technology equipment.

The mystery – given the potential for this issue to damage our most important intelligence relationships – is why more weight was not given to the alleged concerns of the UK’s home, foreign and defence secretaries about allowing Huawei’s participation in our domestic network.

Were a crisis with China to involve the UK, and China did indeed have access through Huawei to our critical communications nodes, the effects could be devastating.

The sheer scope of the 5G rollout being planned is immense: it is envisioned that the speed and power of 5G will enable “the inter-connectivity of everything” in our lives.

On a micro level, this will mean households running on a seamless web of domestic appliances through “the internet of things”. On a macro scale, 5G will enable critical areas of national infrastructure to be managed more effectively.

This is fine when technology providers are benign. Much less so if a position can be imagined when potentially hostile control over our key infrastructure could be exerted.

The government position appears to be that Huawei would be kept at arm’s length from core parts of the 5G network, which is a tacit acceptance that its involvement in anything more sensitive could be problematic. But with the technology likely to evolve beyond recognition in a few years, who is to say whether the line between “core” and “non-core” will be blurred?

We have a right to expect national security measures to be future-proof. The British government is in no position to claim that Huawei’s involvement in our critical infrastructure really would be, or guarantee that the UK would never be in a dispute with an authoritarian power like China that does not share our values and commitment to the rules-based international order, and might seek to punish us with any tools at its disposal.

Our intelligence allies have seen sense and mitigated this risk. There is still time for our government to rethink and follow them.