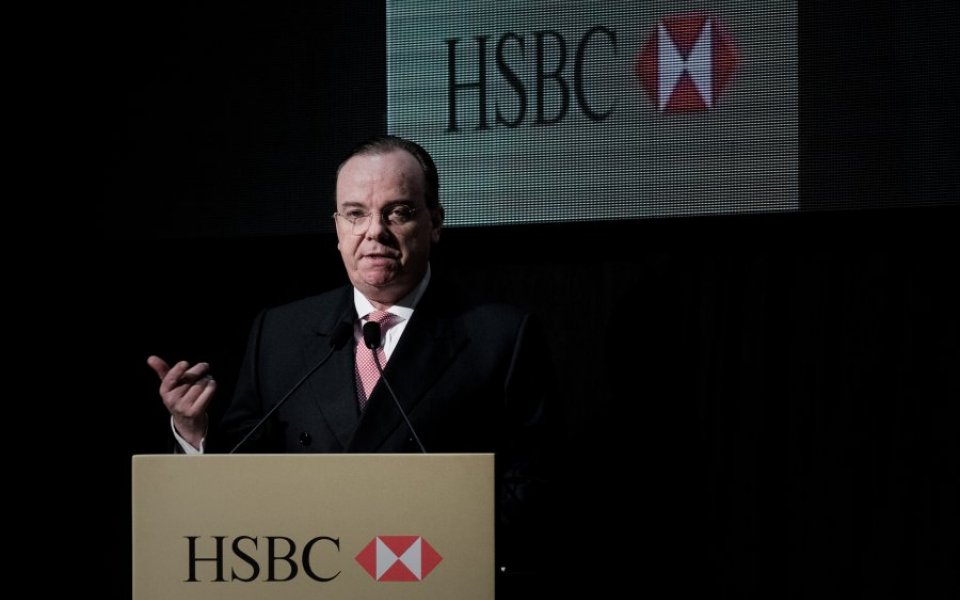 HSBC is expected to once again delay making a decision on whether or not it will relocate its headquarters.

HSBC chief executive Stuart Gulliver said earlier today that the bank will provide an "update" next month on its plans to relocate its headquarters abroad – but the update may not include a final decision.

Speaking at the World Economic Forum (WEF) in Davos, Gulliver said shareholders will be given more insight into the bank's plans at its annual results presentation on 22 February. But he added the bank's board may not have reached a decision by then.

Bank sources confirmed to City A.M. that while the board was hoping to be able to present a decision to shareholders at next month's annual results, it is likely that the decision will be postponed further into the year.

HSBC had originally planned to make a decision about relocation by the end of last year, but Gulliver said in October that the review "could slip into next year".

Investors have been anxiously awaiting a decision from HSBC since its chairman Douglas Flint first said last April that the bank was considering a move abroad. At the time, Flint pointed to increasingly strict regulation, including the bank levy, and uncertainty around Britain's relationship with the European Union as reasons to relocate.

Although it was assumed that HSBC would head to Asia, where it had been headquartered until 1993, it was reported in October that the bank was also considering a move to the US.

The bank has been hit as of late by volatility in Asian equities, with shares falling 3.9 per cent to 469.5p in morning trading today after sell-offs in Japan and China overnight. Shares are down more than 27 per cent since their peak of 649.3p last year.

In this morning's session in Davos, Gulliver predicted "further selloffs" before markets settle down – although he added that "you always get an overshoot".