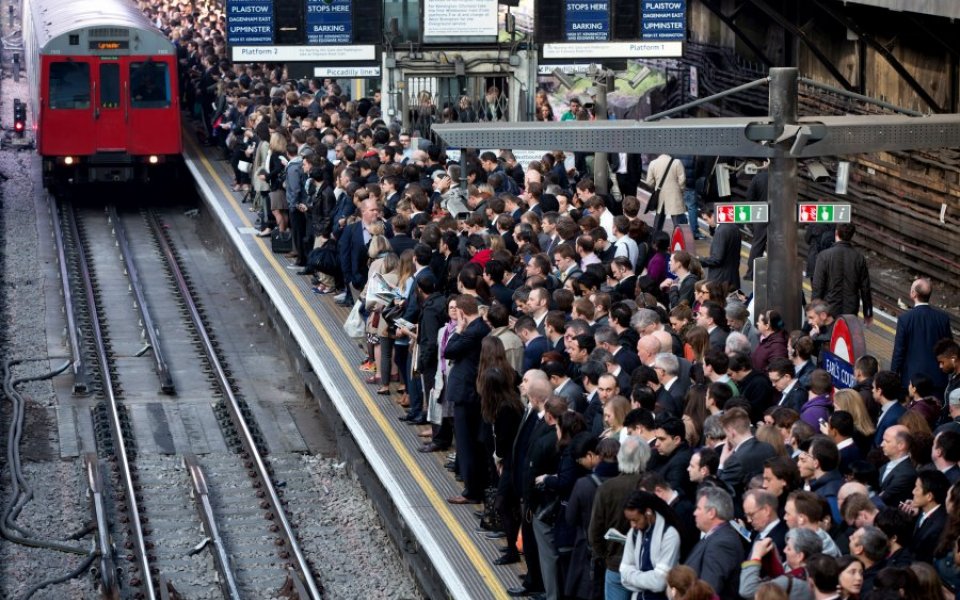 Back in the day, when you were still bright-eyed and dreaming of a fancy job in the City, a squashed and sweaty ride on the London Underground at the height of rush hour probably did not feature in your thoughts.

But that's not the reality we live in. According to a survey run by powwownow.co.uk, more than half (53 per cent) of employees have such a terrible time travelling to the office that they arrive feeling stressed or flustered. Not the best way to start the day.

Perhaps it's thanks to nightmares of the Northern line or woes on Waterloo & City that almost three-quarters (77 per cent) said that a job offer could be made more attractive to them by throwing in flexible working options.

Meanwhile, more than half (55 per cent) remarked that the ability to work flexibly will be "crucial" to them when searching for their next job.

"As businesses look to expand and grow, satisfying the needs of their employees is crucial," said Jason Downes, managing director of powwownow.co.uk. "This can be achieved in many ways, for example using flexible working as a business encourages smarter thinking. This allows people to balance their life outside of work, leaving room for time to think and work more effectively."

Fortunately for those who want more wiggle room in their hours, in 2014, government introduced the right for any employee, not just those with certain caring responsibilities, to request flexible working after they had at least 26 weeks of service with their employer.

Unfortunately for those who have included more adaptable hours on their jobhunting wishlist, Nick Boles, minister of state for skills, told a Select Committee on Wednesday that he was unlikely to make the right to request flexible working at recruitment stage a formal legal requirement.

Defending his statement, Boles went on to point out that allowing people the right to request flexible working before they had racked up six months on the job would be a workforce planning headache for employers, particularly smaller businesses that "don't have armies of people to move around when someone's working pattern changes".