How to celebrate 'Black Tot Day' with a special rum 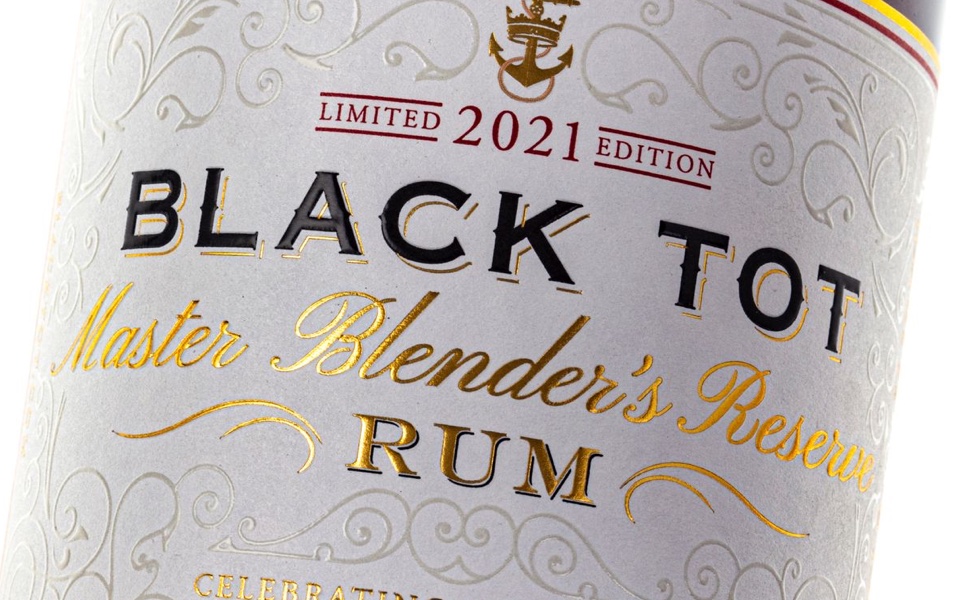 You can either celebrate or mourn 31 July, see it as a day of thanksgiving or a day of grieving. This Saturday marks the 51st anniversary of what some have called “a barbaric act by government”: it is the anniversary of the last rum ration given to Royal Navy sailors serving on British ships.

However you feel, you can toast the occasion in style, should you have £120 to spare. Black Tot Rum has launched a limited edition Master Blender’s Reserve which, for the first time, includes Australian rum. Created by head blender Oliver Chilton, only 6,000 bottles have been made of the “navy strength”, 54.5%, non-chill filtered, no added sugar rum, which uses a third of last year’s 50th anniversary blend, re-casked in ex-sherry butts and barrels.

Also Read:
Forget the Caribbean, we have all the rum we need in Cornwall and Devon

Added to this are different styles of rum aged between nine and 24 years from Guyana, Barbados, Trinidad and Jamaica. Exactly 6.7 per cent is taken up by  Australian Beenleigh pot still rum, which has been aged ten years tropically and four years continentally.

“Master Blender’s Reserve takes inspiration from the Royal Navy tradition of perpetual blending, adding new rums to old, each year moulding and developing the rum style and flavour. For 2021, we have aimed to find a tropical citrus quality,” says Chilton.

The rum ration was given daily to crews of Royal Navy ships from 1655 to 1970. In the early 17th century, beer replaced a pint of wine as the daily ration but it spoilt easily. In 1784 James Man, a barrel maker and sugar broker from Billingsgate in London, was awarded the contract to supply the Royal Navy with rum. The Man Group has grown into one of the world’s largest investment management businesses.

The last tots were served on 31 July 1970, now dubbed “Black Tot Day”.  Admiral Peter Hill-Norton abolished the 300-year-old tradition over health and safety concerns. In place of the rum ration, sailors were allowed to buy three one-half imperial pint (280 ml) cans of beer a day and were given improved recreational facilities.

Also Read:
Why Belgium may represent the next frontier in the whisky world

The order to “splice the mainbrace” – giving crew members an extra shot of rum – can now only be given by the monarch and is still used to celebrate valiant service in the Royal Navy. The phrase came from the practice of giving an extra shot to seamen tasked with splicing the mainbrace, one of the most hazardous of jobs out at sea involving work on the ship’s most important rigging.

The rum left over after six bells on Black Tot Day in 1970 was transferred into wicker-covered demijohns and stored in Thames-side warehouses to be used for royal weddings. Sukhinder Singh of Elixir Distillers and the Whisky Exchange traced some of this rare, historic rum to Dartford and Deptford. It was bottled in 2011 as “Black Tot – The Last Consignment”, retailing for £650 a bottle.

The practice of diluting rum in the proportion of half a pint to one quart of water (1:4) was first introduced in the 1740s by Admiral Edward Vernon who was known as “Old Grog” because of his favourite coat made from grogram, a coarse corded fabric made from silk, mohair or wool.

In 1756 Navy regulations insisted small quantities of lemon or lime juice be added to the rum, to prevent scurvy. The ration was cut in half in 1823 and again in half, to the traditional amount, in 1850.

Temperate sailors were given three pence a day instead. Officers did not receive a rum ration. The tot glasses were washed on the outside and never inside, in the belief that residue of past tots would stick to the side of the glass, making the drink stronger.  Sailors under 20 were not permitted a rum ration.

To prove its strength, sailors checked that gunpowder doused with rum would still burn, thus verifying it was at least 57% ABV.