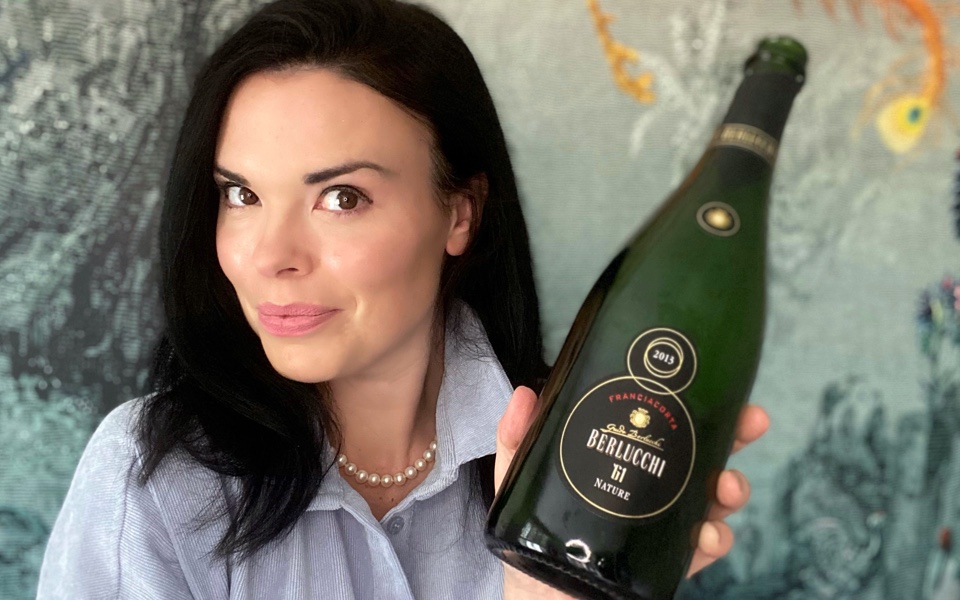 When you think of Italian sparkling wine what springs to mind? Prosecco? Maybe an Asti? Probably not your new Italian favourite, Franciacorta.

Franciacorta is named for the region it comes from, nestled in the heart of Lombardy, in a beautiful natural amphitheatre of green rolling hills bordering Lago d’Iseo and just an hour from fashionable Milan.

Also Read:
Wine and cheese pairing is an art: Here’s what the experts say

Relatively recently for Europe, and despite making wine in the area for many years, the Consortium of Franciacorta was officially formed in the 1990s and only granted DOCG status in 1995. DOCG means these wines have ‘Controlled and Guaranteed Designation of Origin’, which is something to look out for on any label of Italian wine. If it says DOC or DOCG then the wine complies with rigorous rules and is intended to certify the quality of the wine.

Unlike Prosecco or Asti which are made via the tank method, Franciacorta is made using the traditional method, like Champagne or Cava, and it is also the first Italian wine to be produced exclusively this way to have been granted DOCG status. So, it may be small, but it is mighty.

It is also a region unafraid of change and willing to take chances to keep their wines evolving.

DOCGs are sticklers for what grapes are allowed to be grown and Franciacorta is usually made from two of the classic Champagne grapes, Chardonnay and Pinot Nero (Pinot Noir) as well as Pinot Bianco (Pinot Blanc). However, they have also recently allowed a “new” grape to be grown in the region. Erbamat is a regional varietal historically found in the local records of 16th Century Monks (who seem to crop up everywhere when it comes to historically perpetuating and creating wine).

It is a bit of a risk but Silvano Bresciannini, President of the Consortium of Franciacorta believes it is the right decision saying “it is an interesting grape and will lift and add even more personality” to the wines. Time will tell if this experiment pays off, but it is fantastic to see different choices like these being made.

Something else that sets this sparkling wine apart is that it is, generally, lower in added sugar. Coming from a warmer area than somewhere like Champagne, for example, the fruit is riper so less supplementary sweetness is needed to balance acidity. Wines such as Berlucchi ’61 Nature 2013 with its zero dosage, perfectly emphasise the beauty of Franciacorta’s natural balance. “If the wine is ok you don’t need sugar” says Bresciannini, “like good coffee”.

Excitingly, this is an area embracing a new generation of winemakers, something Bresciannini is especially keen on. “They are the future. The new generation have had the opportunity to travel the world and bring to the region a new point of view and vision. They are extremely important because our style of winemaking is in evolution”.

Though well-known in Italy, appreciation of sophisticated and food-friendly Franciacorta is slowly but steadily growing in the UK with its dryer style and longer aging periods. “We are feeling very confident because younger winemakers are taking control” adds Bresciannini “and we are making space for this new energy”.

Also Read:
How to discover new wines without breaking the bank

Franciacorta NV or Non-Vintage: A blend of harvest years and allowed grapes with a minimum of 18 months on the lees.

Franciacorta Satèn: A blanc de blanc version with a minimum 50% Chardonnay and a maximum 50% Pinot Blanc, this is aged for at least 24 months on the lees and the pressure is kept lower for a softer, creamier, crémant-like sparkling wine.

Franciacorta Rosé: A blend of allowed grapes with a minimum 25% Pinot Nero, like the Satèn these are aged on the lees for at least 24 months.

Franciacorta Millesimato: “Millesimato” on an Italian label means that at least 85% of the wine is from a single vintage. These wines are made when the year has been particularly good, and this is enhanced by aging for a minimum of 30 months on the lees.

Franciacorta Riserva: Aged for at least 5 years on the lees, these are the top wines of Franciacorta and made only from especially excellent single vintage wines.

• Libby Zietsman-Brodie is the Founder of Bacchus & Brodie, an independent wine consultant and co-creator and presenter of Boozy & The Beast: How To Drink Better – an irreverent series on wine, without the snobbery. Instagram: @a_little_sip_of_me_time  @boozybeastTV