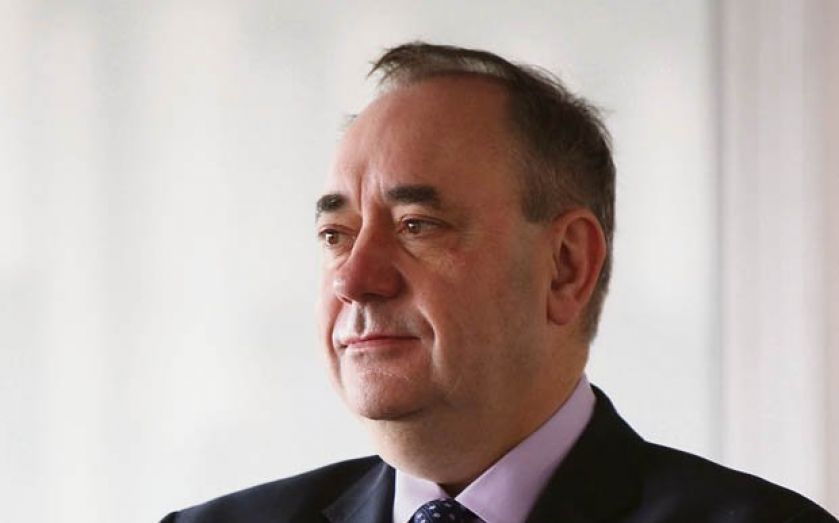 When Scottish voters go to the polls in their independence referendum next month, they may ultimately make their decision on the basis of a single question: if we voted Yes, what currency would we use? The question has massive implications for Scotland’s economy, and since the “Plan A” of a formal currency union between Scotland and the rest of the UK was ruled out by the chancellor, doubts about “Plan B” have dominated the campaign.

Alex Salmond has suggested that “Plan B” may be unilateral use of sterling without a currency union, a system known as “sterlingisation”. As I argue in a new paper for the Adam Smith Institute released today, with the right reforms to Scottish financial regulation, Plan B should be Plan A.

The “adaptive sterlingisation” plan would work like this: the Scottish government would announce no change in its use of sterling as the currency it does business in. Scottish banks currently issue their own notes that are backed on a one-to-one basis by sterling notes held at the Bank of England (million pound “Giants” and hundred-million pound “Titans”). Post-independence, they should be free to issue notes backed by their sterling reserves without restriction.

These notes would be redeemable on demand for pounds sterling. But as promissory notes, the banks would be free to issue more or less of them according to their customers’ demand to hold cash. This would act as a market-based mechanism to stabilise demand during downturns, preventing the sort of economic catastrophe that the Eurozone is now enduring.

But to keep Scottish banks honest and prudent, the financial regulations that currently protect established banks from failure would have to be removed. Deposit insurance currently means that depositors have no incentive to put their money into safer banks, because riskier banks can pay more interest without any downside for the depositor.

This should be replaced by extended liability over shareholders in the event that a bank fails. This would mean that even an insolvent bank would still be able to honour most of its liabilities. Although shareholders would be liable in the event of bank panics in the short run, in the long run, the cost of this would be borne by the depositors themselves in the form of bank charges (to compensate shareholders for the increased risk of owning shares).

Central banks are usually seen as an essential part of a financial system, acting as an unlimited lender of last resort to illiquid banks. And a sterlingised Scotland would have no central bank, so solvent but illiquid banks would have to create their own ways of accessing short-term funds.

But this is not as big a problem as it may seem. International capital markets are now highly efficient and could probably be relied upon to lend to solvent banks in a tight spot. Or in a return to an older way of doing things, private clearing houses could be established by banks to provide the same function.

All that Scotland would lack was an institution that could provide unlimited funds to a bank. But central banks can be a double-edged sword, supporting insolvent banks and lending either too freely to irresponsible banks or not enough during systemic panics (as happened during the Great Depression).

And looking at the “dollarised” economies of Latin America, having no central bank may be a good thing. Panama, Ecuador and El Salvador all use the US dollar without formal agreement with the US, and all have remarkably healthy financial systems. Ecuador dollarised to end a financial crisis in the early 2000s, and along with El Salvador has been praised by the Federal Reserve of Atlanta for the success of its dollarisation policy. But Panama, which has used the US dollar in this way for over a century, might be the best model.

Panama’s banks also lack the regulations that a sterlingised Scotland should look to drop, and it has no central bank. Because of this, its banks are extremely careful – according to the World Economic Forum, the country has the seventh soundest banks in the world, and does extremely well on all of the Forum’s measures of financial health.

During the eighteenth and nineteenth centuries, Scotland had a monetary and financial system similar to the one I propose in this report. The so-called “free banking” era gave birth to the Scottish Enlightenment. At the start of the period, Scots were half as rich as their English neighbours; by the end of it they had almost overtaken them. None other than Adam Smith wrote in the Wealth of Nations that Scotland’s banking system deserved much of the praise for this flourishing.

It may be difficult to persuade Salmond of the benefits of market regulation over state regulation, but he has surprised in the past. If Scots want a financial system that is more stable than the one they – or the rest of the UK – have now, Adam Smith may have one more lesson for them.