How Games Workshop helped a middle-aged generation survive the pandemic 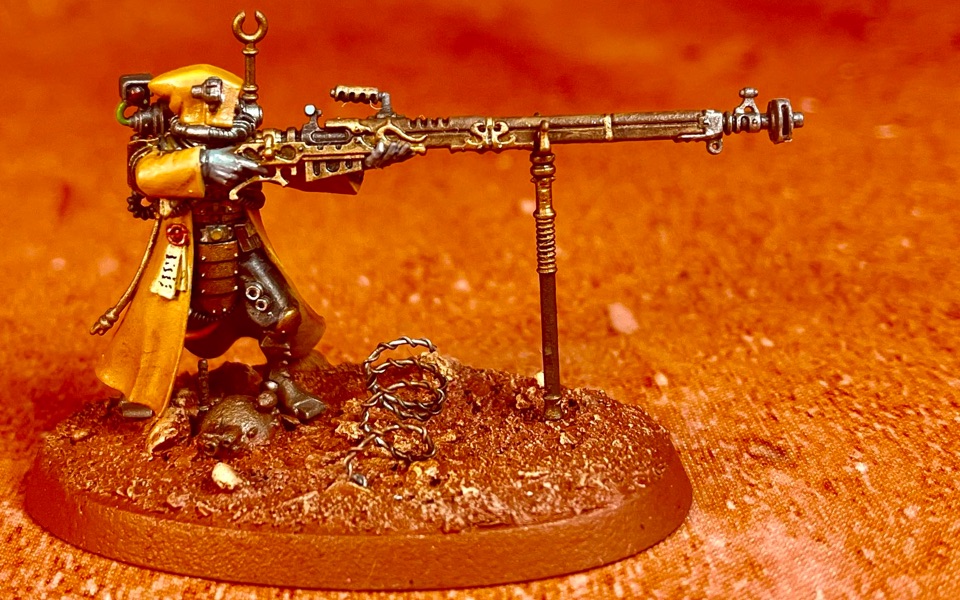 Every quarter for the last five years, there’s been a condescending raise of eyebrows from the finance world when a publicly-listed company from Nottingham releases its results. The Games Workshop, most famous for its tabletop wargame Warhammer 40,000, grabbed headlines again last week when it reported its operating profits had jumped to £92m in the six months to November, a 50 per cent year-on-year rise.

And this is just the tip of the iceberg – the company has outpaced even Tesla in terms of growth and eclipsed UK giants including ITV and M&S in market cap.

The “grim dark” world of endlessly fighting space robots and Tolkienesque orks is big business, and the pandemic has only thrown petrol on the fire. The huge rise in popularity is even more surprising given the company sells miniatures for use in face-to-face games, which are all but impossible to host right now. Major tournaments across the world have been cancelled for the second year running and even garage- and basement-based bouts between friends are off the menu.

The company has also had to grapple with supply-chain issues, which has left many of its most popular items out of stock on its online store.

But playing the strategic tabletop game is only the end-point in a long hobby journey, one that I have spent the last six months rediscovering. In July – 28 July, to be precise – I made my first order of “plastic crack” since I was a nerdy teenager. Back then I was on furlough, with more spare time on my hands than I’d ever experienced and little way of cashing it in.

There was a phone call with a friend, a little light persuasion, and the order was made. A few days later a little box of inch-high robots arrived on my doorstep, alongside a modest selection of paints.

As furlough gave way to a festive period most notable for a total lockdown, The Hobby has been a meditative retreat from the horrors of the world. I have spent countless hours hunched over a desk, paint brush in hand, adding highlights to grotesque cyborgs and painting rust onto the underside of tanks.

Where once my friends and I would meet in the pub, we now have Zoom hobby sessions, setting up our phones on the table and chatting for hour after sobre hour, preparing for a battle that may never arrive.

The first time I thought of The Hobby as anything more than just a way to pass the time was when I was having a chat with a personal trainer friend who immediately labelled it “mindfulness”. Now, I’m not sure how much I subscribe to the idea that everything we do needs to be in pursuit of some lofty goal, some personal betterment, but looking back, I think having something to focus on that wasn’t the pandemic or American politics or Brexit did have a positive effect on my mental health. Hours slip by when you’re hyper-focused on a task. I’ve listened to dozens upon dozens of hours of podcasts. I have, I suppose, been present.

I’m not the only one who feels like this. I bonded with a Twitter acquaintance over his first Warhammer figurine over the weekend. On Instagram there are hundreds – probably thousands – of people whose bio reads something like: “Back in The hobby after a break of 20 years…”

Right now we all need something to take our minds off the world, and Games Workshop offers that, especially to people like me, who can retreat into the cosy blanket of nostalgia, relive those care-free teenage days, when time was cheap and the most important thing in the world was getting an army prepared for battle.