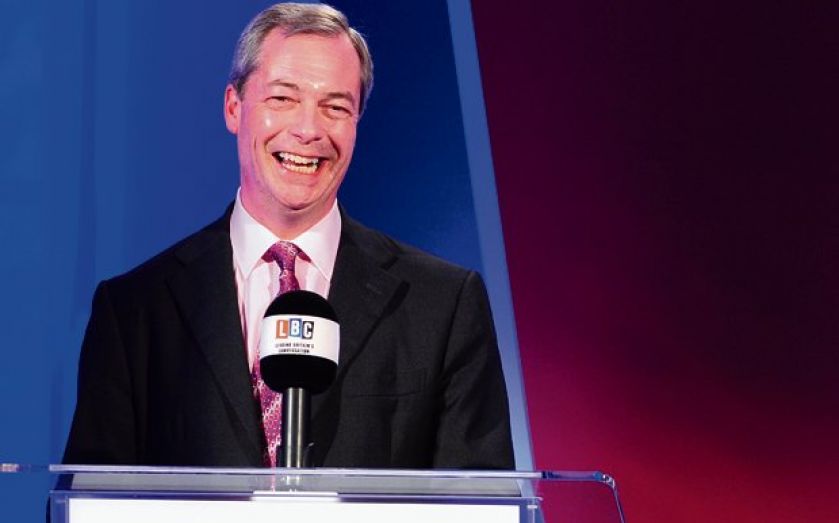 IT IS time to give up the pretence that Ukip is an anti-establishment party. Clearly, the UK Independence Party is the power behind the British establishment’s throne, its secret master. How else did it persuade bien pensant opinion-formers to coordinate a series of cheap, alienating broadsides on its candidates and policies that have served only to push it ever-higher in the polls?

Ukip now commands 38 per cent of the vote for the European elections this month, far ahead of the three big mainstream parties and up eight percentage points from a month earlier, according to the latest figures from ComRes. This is based on the intentions of those most likely to vote, and shows Ukip’s core support has strengthened markedly, to the cost of both Conservatives and Labour. Even if the survey is widened to include less-committed voters, who may make all the difference on the day, Ukip remains top, with almost a third of the vote.

If there is no conspiracy here, and polite society really dislikes Ukip so much, why is it launching negative, ad hominem attacks that serve to rally the protest party’s base, while playing well only to the sorts of people who would never have voted for Ukip anyway?

The answer is to be found in the historian Robert Conquest’s third law of politics, which states “The simplest way to explain the behaviour of any bureaucratic organisation is to assume that it is controlled by a cabal of its enemies”. Not that the UK’s establishment is an official bureaucracy, but it is the next best thing, a closed system of thought, more concerned with in-group reputation than actual practical achievement.

How much easier it is to demonstrate moral superiority in a form that one’s peers can enjoy, after all, than to suffer the far more awkward rhetorical feat of engaging outsiders’ concerns in an effort to change their minds, with the distressing possibility that no one who matters will hear.

This is how elites die. Ukip’s immigration policy deserves to be disputed, but when the great and good are more interested in performing for their friends than actually winning the argument, the country’s cosy bubble of power is ripe for the pricking. A spectacular electoral success for Ukip would open the way to inroads in Britain’s domestic politics. And within the year, we face the tumultuous possibility of an end to the union, as a yes vote for Scottish independence looks increasingly likely.

Both Ukip’s supporters and those who want Scottish independence need to be met with a positive vision: how immigration enriches Britain and what the United Kingdom stands for. Instead, people with positions of power and influence are using these topics to show off their right-thinking credentials to one another by dismissing their opponents.

Perhaps this is all for the best. Britain does need less overbearing masters. If Ukip are fools, one advantage of evident fools in high places is that no one will be tempted to give them too much power.