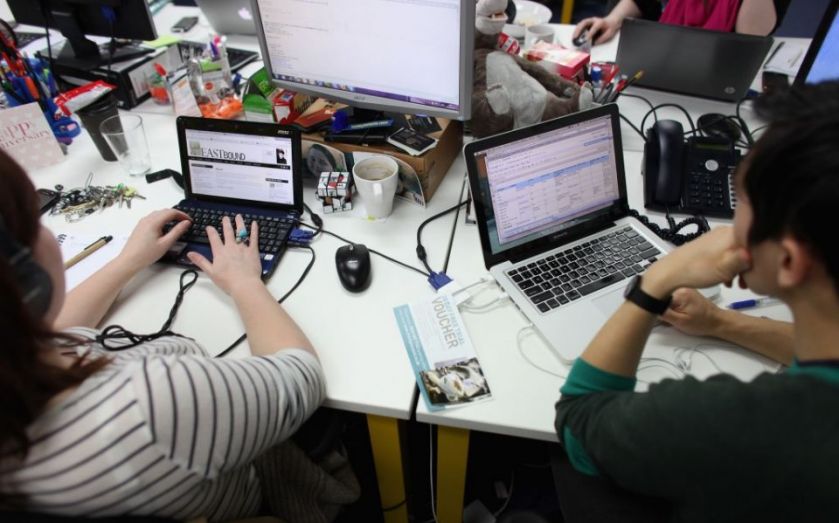 Many congratulations to City A.M. on its tenth birthday. It has been a remarkably successful decade for the adventurous upstart. But the anniversary reminds me of a rather less happy fact.
By the time it is ten years old, there is only a one in 100 chance that a UK firm will have reached £1m in turnover, and only 4 per cent will employ more than 10 people.
A big part of the problem is finance. Risk capital opportunities are weaker here than in many other countries. Banks can be reluctant to lend to businesses with ambitious plans for growth. Growth implies risk and, in the post-crisis era, high-street lenders are much more reluctant to take a punt.
Read more: How the City has changed in the past decade
I’m sure that many City A.M. readers will already be actively involved in Britain’s booming startup scene, but the problem is that, on the whole, investment in smaller businesses is still very much a niche interest.
The UK’s alternative finance markets may be growing, but they don’t appear to have filled the void just yet.
Two government initiatives – the Enterprise Investment Scheme (EIS) and Seed Enterprise Investment Scheme (SEIS) – are helping.
EIS and SEIS provide tax relief for investors who buy shares in higher-risk small and medium-sized companies.
But they are complicated for investors to use, and just not worth it for people who only want to invest a few hundred – not a few hundred thousand – pounds.
Of the £1.5bn raised through the schemes, more than 95 per cent came from people investing more than £10,000.
That’s why the Institute of Directors (IoD) has published a new report, Opening the Equity Economy, with a few simple recommendations to help more businesses raise capital, and make it easier for the public to take a stake in growing companies.
First, increase awareness of the schemes among the business community. Fewer than half of all IoD members have heard of SEIS.
Second, allow smaller investors to include EIS/SEIS investments within a super-ISA. This wouldn’t provide additional tax relief, but would mean investments of all kinds can be kept in the same portfolio and accessed more easily.
Third, introduce an online-only, super simple claims system for those investing less than £2,000 so that these would-be investors aren’t put off by mountains of paperwork for small tax relief claims.
Once these foundations are in place, government and industry can get together and start thinking about some more imaginative ways to make the most of these schemes.
Aggregator funds, for instance, lie at the heart of the peer-to-peer loans market, allowing investors to take small stakes in hundreds of companies with one investment to pool and diversify their risk. There is no reason why the same system could not work for companies raising funds through EIS/SEIS.
To turn the UK’s enthusiasm for startups into scale-up success will take time, but it does not have to cost a lot or require a brand new approach. The tools are in place. We just need to realise their potential.