Hoverboard creator Lexus has made a fully-functioning cardboard car, just because it can 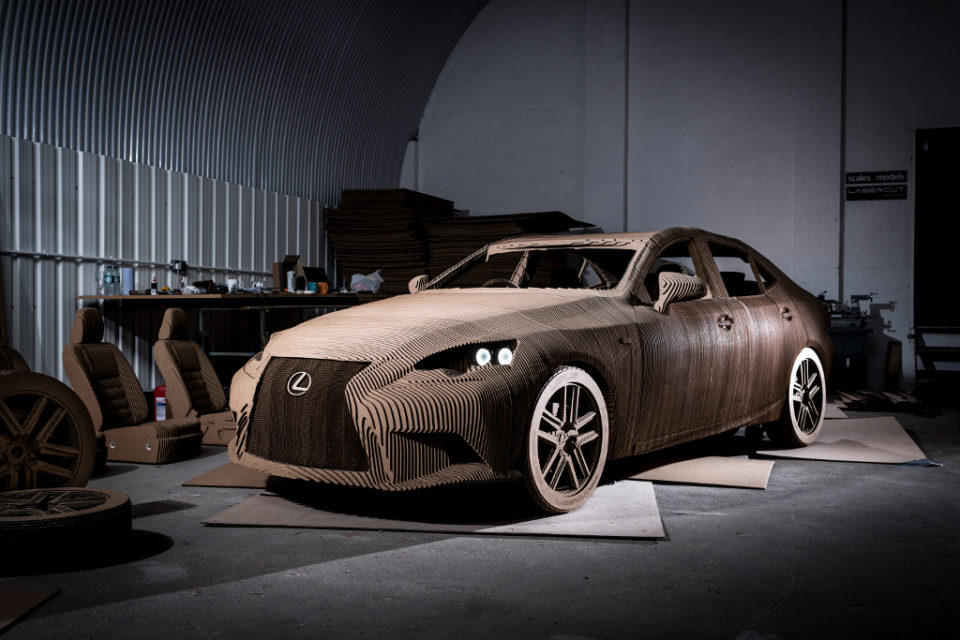 Having created the hoverboard, you might have thought there weren't many goals left for Lexus – but you'd be wrong. The car brand has turned its hand to rather greener pursuits – creating a fully-functioning car out of cardboard.

In a blog, the company said the car had been inspired by the Japanese art of origami, "taking the spirit of [origami] to a far higher level".

The car has a fully-fitted interior, working doors and headlights – and wheels that roll. And given it has an electric motor, it can even be driven.

Five people were involved in the digital design, modelling, laser cutting and assembly of the car, said Ruben Marcos, founder of Scales and Models company, which did the work.

The model was made of 1,700 sheets of 10mm-thick cardboard, using a water-based wood glue.

"The seats took a few attempts to get just right and the wheels required a lot of refining," admitted Marcos.

"Once we could see the physical pieces taking shape, we could identify where we needed to make improvements – as with anything, there were some elements of trial and error, but as we had all the resources we needed in-house, this made the changes easier to produce.”

Whatever you do – just don't take it through a car wash…