Joshua Mahony
Joshua Mahony joined IG in 2015 following a three-year stint as a market analyst in the Forex market. Features regularly in both written press and TV. Coming from an economics background, he has worked within Deutsche Bank and Barclays Capital investment banks. He holds both CFTe and MSTA technical analysis qualifications.

Joshua Mahony
Joshua Mahony joined IG in 2015 following a three-year stint as a market analyst in the Forex market. Features regularly in both written press and TV. Coming from an economics background, he has worked within Deutsche Bank and Barclays Capital investment banks. He holds both CFTe and MSTA technical analysis qualifications.
Share 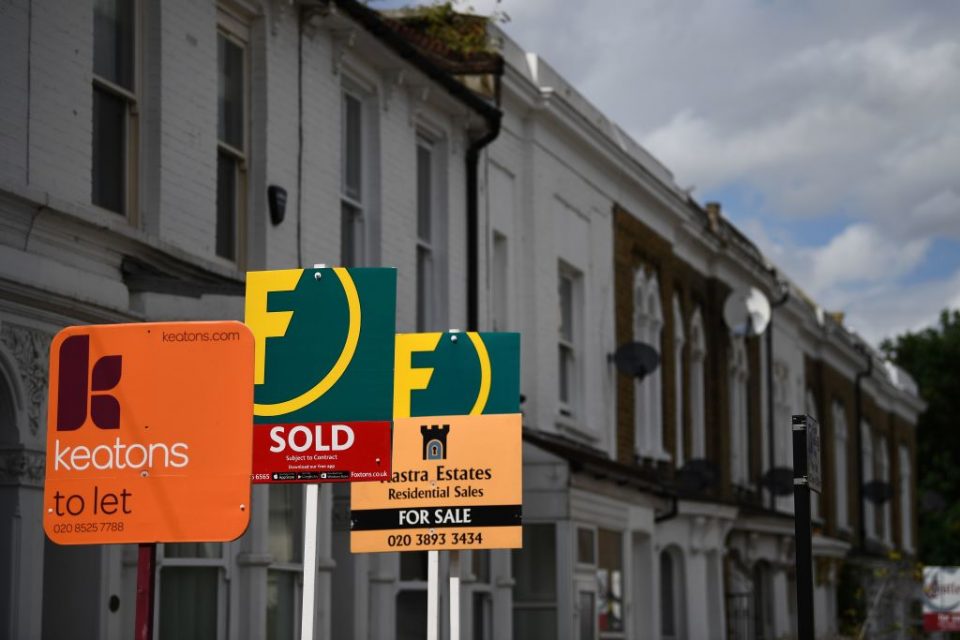 The construction sector seems to be freezing ahead of a potential Brexit. Are investors right to be fleeing housebuilder stocks?

The housing sector has been affected throughout the Brexit process, with demand, supply, prices and overall transactions shaken up in the wake of the 2016 referendum. It has not been a straight path for the industry, with nuances found throughout regions, and shifting trends in confidence bringing periods of strength and weakness. One thing is for sure, the market has slowed across the country, with house price growth slowing to a half as we approach the end of the Brexit process (probably not a coincidence).

For the housebuilders, lower home prices and higher input costs due to sterling weakness means lower margins, raising the number they must build to even breakeven. For now, this is not a huge problem for the industry, as we are yet to see any major declines in house prices.

The construction purchasing managers index (PMI) enjoyed a relatively positive period in the wake of the 2016 referendum, with readings rising all the way up to the 56 region, meaning purchasing managers were confident about the future. However, that trend has reversed sharply, with the past year seeing substantial downside for the sector, where much of 2019 has seen the industry contract (sub-50). The chart below highlights how movements in that PMI survey typically go hand in hand with the price action for some of the major housebuilders.

With that in mind, the PMI will also tell us a lot about where particular area of weakness can be found for the sector. Firstly, the latest construction PMI survey saw new orders fall at the fastest pace for over ten years, dampening demand in an environment of huge uncertainty. That is further reflected by a fourth consecutive month of downside for construction output, with that fall in demand no doubt impacting activity.

Finally, we have seen business optimism slide to the lowest level since 2008, underpinning the drop in demand and in turn hurting construction output. Interestingly, it is worth noting that while we have seen a sharp deterioration in the sector as a whole, the PMI survey alludes to a very different pathway for residential housing over commercial.

How to trade housebuilders in a no-deal Brexit

There are few who think the housing sector would fare well in a no-deal Brexit scenario, with KPMG recently predicting that house prices would fall between 5.4 per cent and 7.5 per cent throughout the UK. However, they have also said that a particularly strong reaction could see a decline of 10 per cent to 20 per cent.

That would obviously hugely hurt margins for the housebuilders, likely pushing them towards build-to-rent until the market recovers. One benefit is that we would likely see lower interest rates in the event of a no-deal Brexit scenario, making mortgage payments relatively more affordable.

However, for the most part we would likely see significant disruption to the economy on the whole, and while some people could lose their jobs and delay any plans to buy a house, we would also see a huge amount of hesitancy for many as they wait to see how things resolve when the dust settles.

The length of time the UK would need to stabilise remains to be seen, but there is likely to be a great deal of hesitancy when it comes to investing large sums of money into a weakening housing market.

How to trade the housebuilders in a soft Brexit

A soft Brexit would certainly allay many of the fears associated with a no-deal Brexit. The specifics of such a deal would play a significant role in determining how much of a shock it will be for the economy, with a likely rally in the pound making it difficult for exporters who would also likely have worse terms of trade to contend with. There is no doubt that the economy would still have a substantial amount of instability, yet the ability to avoid a no-deal Brexit would certainly raise confidence that it will work out for the better. With that in mind, the housing sector would be unlikely to suffer substantial losses, although house prices would likely remain somewhat flat until we see signs of improvement in the economy.

How to trade the housebuilders if there’s no Brexit

A decision to reverse the original referendum would almost certainly provide a huge boost to the sector, eradicating many of the fears over what Brexit could do to the economy. No Brexit would likely mean big upside for the pound, with sterling down against the likes of the euro (16 per cent) and dollar (17 per cent) since June 2016. That shift would no doubt erode international demand which has been rising in the wake of recent GBP losses.

While there is a good chance we could see interest rates rise in the wake of such a decision, the sharp rise in sterling would likely drive inflation downward in a move that would likely tie the hands of the Bank of England. Despite the possibility of easing demand from abroad and slightly higher interest rates, the domestic picture would likely ramp up hugely, with consumer and business confidence driving an increase in transaction and pushing prices higher once again.