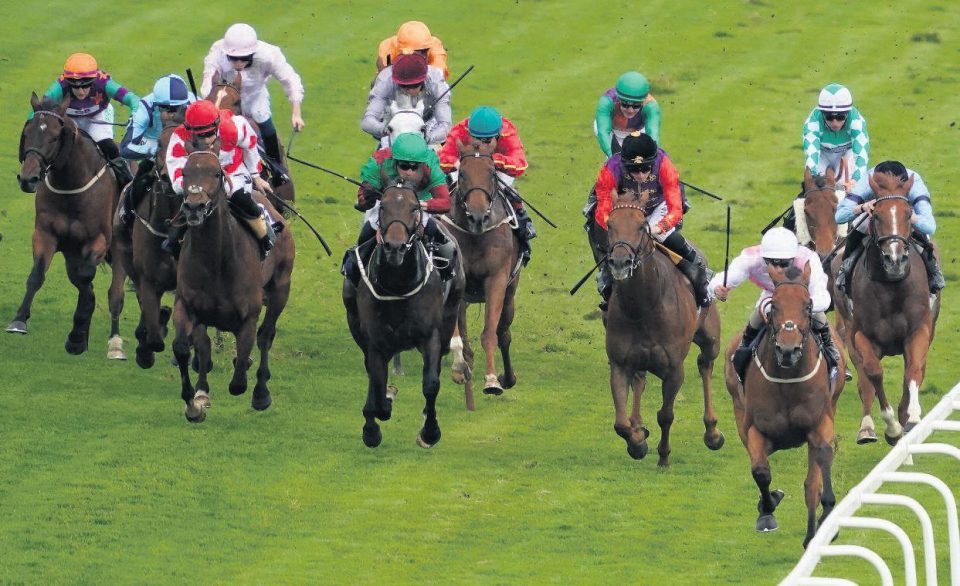 EVERY racecourse seems to have a Ladies’ Day but tomorrow it’s Randox Health Gentlemen’s Day at Sandown, where there will be beer tasting, arcade games, live music and the Style Award.

On the racing front, the highlight of the card is the Listed Randox Health Scurry Stakes (2.05pm) over five furlongs.

With all the rain that has fallen this week, the ground is sure to be testing and I’m not sure if any of the nine runners want it genuinely soft.

Instead, I’m focussing on the Randox Health Handicap (3.15pm), where a ticket to Royal Ascot might be in the offing.

Currently rated 95, GREENSIDE could sneak in at the bottom of the weights for next Wednesday’s Royal Hunt Cup if he lands this prize and the 5lb penalty that comes with it.

Henry Candy’s eight-year-old made an eye-catching reappearance when denied a clear passage before running on to take fourth in a strong 24- runner renewal of the Spring Cup at Newbury.

There were no such traffic problems next time up at Windsor, where he won going away from a decent field and was put up 4lbs as a result.

Intentions were to then run Greenside at Sandown in the Whitsun Cup Handicap, but conditions came up too quick and he was rerouted to Ladies’ Day at Epsom where he finished third in the Investec Mile Handicap.

Three of the first four home travelled in the leading quartet that day, with Greenside the only one settled in mid-division and he was unable to eat up enough ground to trouble the eventual winner.

A return to softer ground in a race that will hopefully have a bit more pace on will suit and he still looks fairly well-treated off 95, just a 1lb higher mark than when winning this very race in 2017.

He’s 6/1 with Coral to repeat the feat tomorrow and that looks about the best bet on the whole of the card at Sandown.

That prize money has tempted some of the big yards to send their horses to the Roodee, including Waldstern for John Gosden and Prefontaine for Roger Varian.

The former was once considered a Derby prospect, but he’s been kept back and this will be his first run since finishing fourth in the Listed Zetland Stakes at Newmarket in October.

He may still have a big future ahead of him, though that certainly won’t be at stud as he was gelded in late April, and could be the one to beat if fulfilling the potential he showed as a two-year-old.

Prefontaine returned to the sphere with a good run on his reappearance at Sandown last month, narrowly denied by a fitter horse in the shape of Lord Lamington.

He’s set to come on plenty for that run and is likely to be there or thereabouts once again.

However, in what looks a fairly open betting heat, with no less than five horses vying for favouritism, the preference is for LARIAT at 6/1 with Ladbrokes.

He’s yet to finish outside of the first three in six career starts and thoroughly deserves to get his head in front after a hat-trick of seconds this season.

Maybe the most notable of those effort was behind Sam Cooke over course and distance at the start of May.

He showed his liking for soft ground that day and the winner was immediately earmarked for a crack at the King George V Handicap at Royal Ascot.