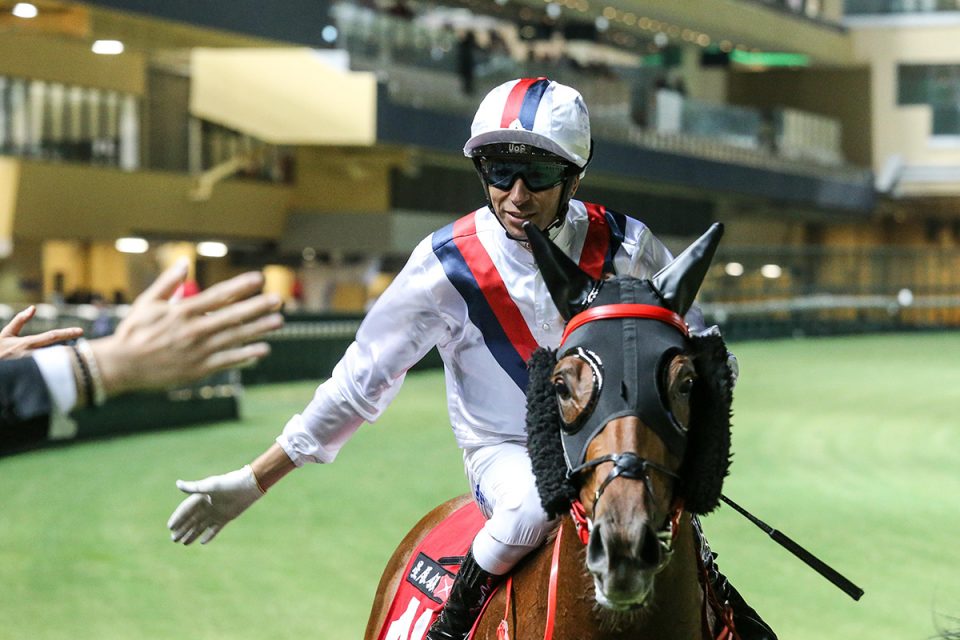 THERE was no success in the three Group Ones for Joao Moreira on FWD Champions Day at Sha Tin on Sunday, but the ‘Magic Man’ still conjured up another winning treble in his relentless pursuit of the jockeys’ championship title.

Currently sitting three ahead of arch rival Zac Purton with 107 wins, it’s imperative the Brazilian boosts his Happy Valley seasonal record which only stands at 28 victories.

While Purton has won 41 races at the inner-city track this season, Moreira has had a bout of seconditis, finishing runner-up 37 times.

He is going to need to change some of those seconds into winners in the weeks ahead if he is going to wrestle the title away from the Australian pilot.

He has a full-book of rides in the nine races on Wednesday and, as per normal, the majority of his mounts have winning chances.

Lady luck, however, seems to have deserted him in the sprint races, with the likes of Simply Fluke, Victory Mastery and Californiadeepshot all having either awkward or outside draws to overcome.

Of course he is not known as the ‘Magic Man’ for nothing so they can’t be overlooked, but his best chance of success looks to be aboard FLASH FAMOUS in the Fortress Hill Handicap (2.15pm) over the extended mile.

This four-time track and trip winner got too far back from a bad draw behind Bear Again last time, but still finished strongly in the closing stages.

This time, from a favoured inside berth, he is mapped to get the run of the race and can prove too strong for his rivals.

It could also be significant that Moreira has overlooked probable favourite Diamond Brilliant in preference for the fast-improving Wind N Grass in the Causeway Bay Handicap (2.45pm) over six furlongs.

The John Size-trained gelding was formerly trained in Ireland by Ger Lyons and looks close to capturing his first win in Hong Kong.