Ski resorts are rapidly discovering that it is actually the summer months that keep the cash tills ringing. This is why those offering year round Alpine appeal are proving to be the winners in the fickle property market, too.

The Austrian Tyrol is no exception and while many of Europe’s ski resorts lie empty once the snow has gone, Austria’s traditional winter playgrounds are still packed with tourists in July and August.

The 2015 James Bond movie Spectre was filmed here and 007 fans flock to the ICE-Q restaurant with its striking contemporary architecture 9,800ft above Solden, which displays many of the props used in the film.

The Ötztal Valley in the Tyrol is attracting four million visitors a year thanks to its emphasis on outdoor activities. Aside from the excellent skiing, summer in Austria’s Tyrol offers mountain biking, kayaking, canyoning and lake swimming.

Area 47 is also a protected natural setting of mountains, forests and two rapid water rivers that attract 250,000 visitors in the five months it is open each year. Prices are competitive, too, with day visits from £20 and accommodation from £22 per person per night.

Perhaps the most immediate concern for British buyers, though, is not affordability, it’s whether they can buy in Austria following Brexit. Only an EU citizen can buy residential property in Austria without setting up a company. It comes on the back of regulation already in place in Switzerland, which includes restrictions on the number of second homes that may be bought by foreigners – no more than 1,500 a year.

Branson Atterbury of international property developer Kristall Spaces, however, is reassuring: ‘With Brexit, little will change in the buying and ownership of Austrian ski apartments. The Austrians want to keep the status quo.There are 2.5 times more Austrians living in the UK than Brits in Austria and we are their fourth biggest tourism market. If there’s any doubt, buyers can get into Land Registry now. They cannot be taken out once they are in.” 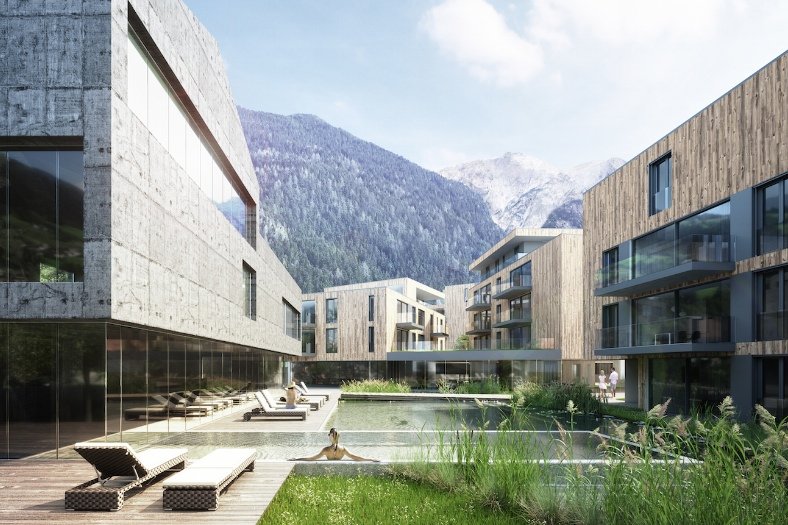 Atterbury has a particular stake in the market as he’s currently marketing 56 dual season apartments in the village of Oetz in the Ötztal Valley. Winner of Best Residential Development in Austria at the 2018-19 International Property Awards, this project offers some of the best returns to be had in this part of the world: up to 8 per cent return on capital invested when taking out a 55 per cent mortgage or a guaranteed 4 per cent return on net purchase price for the first five years, according to Atterbury.

“The key factor on the rental figures is the 210 days occupancy in this location versus 156, which is the average in Tyrol,” he adds. “This is thanks to the incredibly strong summer season here; 45 per cent of all visitors come in summer. Oetz is 30 minutes from Innbruck airport so skiing on the same day of travel is easy. More serious skiers will probably head 20 minutes on to Sölden, but Oetz is better for year-round, multi-generational activities.”

Estate agent Savills’ ski report 2018-2019 claimed that the investment made into ski resorts in the Alps is helping to maintain property prices. Values at All-Suite Resort Ötztal range from €226,000 for a one bedroom apartment to €743,000 for a four-bedder. Take up has been swift and there are now 25 apartments left for sale with handover planned for June 2019.

Most of Kristall’s apartments have a rental obligation, but that also means all costs are covered and the owners make a profit each year.

And if the owners are not satisfied with the operator, then they can vote to replace them. “Rental apartments like these are the fastest growing type of accommodation (up 18 per cent year-on-year) in Austria and, with an ever-growing number of winter and summer tourists to Austria, buyers can feel assured they are investing in a sound business model,” Atterbury adds.

For a cheaper spot in the Tyrol, look into The Residenzen Gasthof Zwieselstein, a development between Sölden and Obergurgl. Here, eight apartments were built for handover before the Alpine World Cup race last October. Four apartments remain, from €480,879 for a fully furnished two bedroom apartment. Lifts run for 22.5 weeks in the winter and then the glaciers are in operation for a further 2.5 weeks. Though you have to take the free ski bus or drive 10mins to the nearest resorts of Sölden and Obergurgl, these are two-thirds of the price cheaper than those in the centre of each of those resorts. They also offer a guaranteed 4 per cent return for the first five years.

At a slightly more expensive price point, there are five apartments for sale at the Mountain Spa Residences in St Anton, the part of the Tyrol that delivers the best growth in the region – 8.2 per cent – according to the UBS Alpine Property Focus 2017.

Kristall is also offering five apartments that are ready to occupy there, boasting some of the best views of the valley, though they are priced around €638,500 for a fully furnished two bedroom apartment.

To find out more, visit propertysaleaustria.co.uk