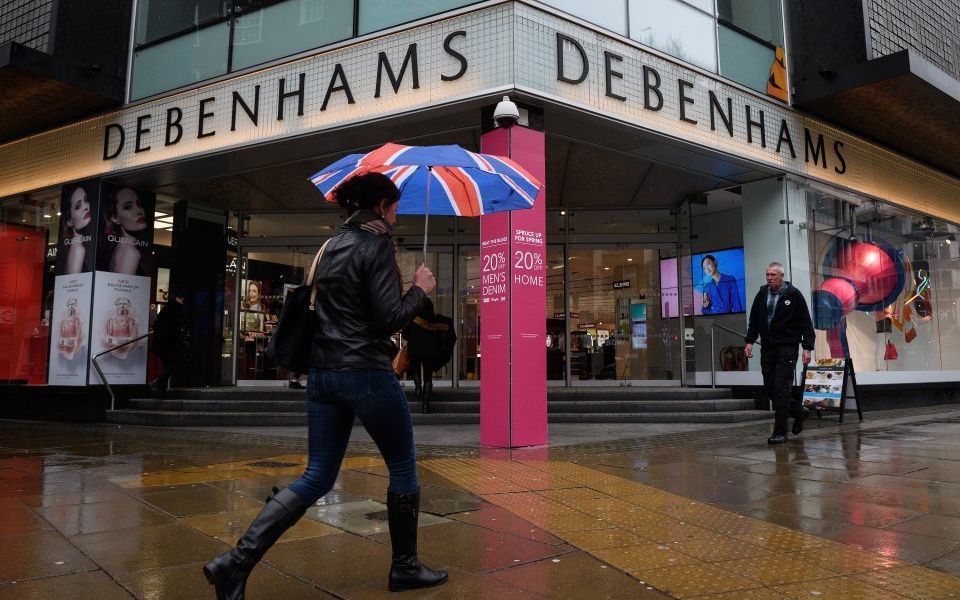 UK high street retailers have endured a torrid time over the last few years. A slew of store closures, job losses and administrations don’t make for pretty headlines, and illustrate just how difficult it is for those looking to invest in the retail sector.

Discount retailer Poundworld followed electronics firm Maplin and toy retailer Toys R Us into administration on 11 June 2018, putting more than 300 stores and another 5,000 jobs at risk. Poundworld’s announcement came just days after House of Fraser, the department store, confirmed it would close 31 of its 59 shops, affecting 6,000 jobs.

High street stalwarts such as Marks & Spencer (M&S), a founder member of the FTSE 100, and department store Debenhams are among many others that have suffered similar fates. The list of companies referencing “challenging trading conditions” is much longer.

Why are retailers under so much pressure?

The threats for the high street’s old guard – familiar bricks-and-mortar sights such as M&S and House of Fraser – have closed in on all sides. A slowdown in consumer spending (the result of no real wage growth), coupled with ever-more aggressive competition from pure online players and a good dose of cost inflation, driven by Brexit’s effect on currencies, have eaten away at profits.

Anthea Arff-Pettersen, a European equities research analyst at Schroders, highlights the increasingly digital shopping experience as a major headwind. She said: “Technology has had the single biggest effect on consumer behaviour. Online retail, and the widespread adoption of the smartphone, has changed where we shop, how we shop and our expectations of the process itself.

“Social media has affected the relationship between retailers and consumers too. The rise of social media and user-generated content has meant that brands now can reach millions of consumers in an instant, for free. It has also increased the need for instant gratification and shortened attention spans, contributing to shorter fashion cycles and a general expectation of constant ‘newness’.

The strain on the high street comes at a time when, all things being equal, it should be performing well. Interest rates are low, employment levels are high and wages have begun to outpace inflation. Yet consumers still aren’t confident enough to go out and spend.

The consumer confidence index, according to GfK (Growth from Knowledge, the data science specialists), has been negative since January 2016. In its latest report it said there is little evidence of optimism relating to security in consumers day-to-day finances and propensity to shop, spend and plan for their future.

How has this affected retail shares?

The difficult conditions have been reflected in their performance on the stockmarket. Retail is the fifth worst performing sector on the UK stockmarket since January 2016. It has underperformed the main index by more than 20% in the same period, according to Thomson Reuters data (to 7 June 2018).

It means today that the UK retail sector could be considered cheap on some measures. On a cyclically-adjusted price to earnings ratio (CAPE), where a lower number suggests better value, retailers are on a multiple of 14.7 compared to 17.8 for the wider market. Valuation measures should not be considered in isolation.

CAPE compares the price with average earnings over the past 10 years, with those profits adjusted for inflation. This smooths out short-term fluctuations in earnings. [Read more about stockmarket valuations]

Watch out for unseen costs

With the sector in broad decline, the impact of “operating leases” – that is, leases a retailer holds that do not have to be recorded as debt on its balance sheet – have grown hugely in prominence. The ability of a firm to cover these leases is an essential component to the success of a business and its ability to survive an economic downturn.

The metric used by Schroders’ Value Team to assess this aspect of a retail business is called “fixed charge cover”.

If you felt moved to calculate this yourself, it is a company’s ‘EBITDAR’ (earnings before interest, depreciation, amortisation and rent) divided by total debt service costs (net interest and rental expenses).

At its heart, however, this ratio illustrates the ability of a business to service its debt and rental obligations and, for the Value Team, when a fixed charge cover approaches 2x or 2.5x, serious alarms bells start to ring.

As an example, the following chart ranks a dozen of the UK’s household-name retailers by their fixed charge cover and also shows the total returns (the combination of income and capital growth) on their share prices over the last six and 12 months.

As you can see, there is a huge correlation. All the companies with a fixed charge cover of less than 2x saw their share price fall – mostly by a half or more – over the last 12 (and often just six) months.

Source: Schroders, 19 June, Bloomberg The companies used in this example are for illustrative purposes only and are not a recommendation to buy or sell.

Picking out the retail survivors

Investors would be forgiven for giving the whole sector a wide berth. However, the scale of change at play just now could be exactly what generates the most promising opportunities.

“Those that operate with shorter lead times and greater production flexibility are better placed to respond to rapid changes in consumer tastes and demand,” she said.

“The benefits for those that have embraced technological change is widespread, while the risk to those that haven’t will only continue to become more acute. We expect that stock performance will differ accordingly.”

George Ullstein, a global sector specialist in global equities at Schroders, agrees. He believes there will be firms that will survive and even thrive once the dust has settles but that responsiveness is paramount.

“There are bargains to be had for the savvy investor. We are searching for companies that boast operational, financial and cultural flexibility.

“We are looking for companies that are unencumbered by long-term leasehold agreements, who have the ability to pivot to a faster and more streamlined supply chain, with the balance sheets to survive the lean times and ability to deploy capital to take advantage of companies that are struggling.

“Most importantly, we are looking for companies whose culture enables and embraces adaptation of the business.”

For an investor to feel comfortable buying in the sector just now, they need to be satisfied that a company’s balance sheet is strong enough to withstand this bout of weaker demand. They must also reflect upon the risks entailed when investing in an “unloved” sector. That said, we believe there are opportunities.

Important Information: The views and opinions contained herein are those of name, job title, and may not necessarily represent views expressed or reflected in other Schroders communications, strategies or funds. The sectors and securities shown above are for illustrative purposes only and are not to be considered a recommendation to buy or sell. This communication is marketing material.