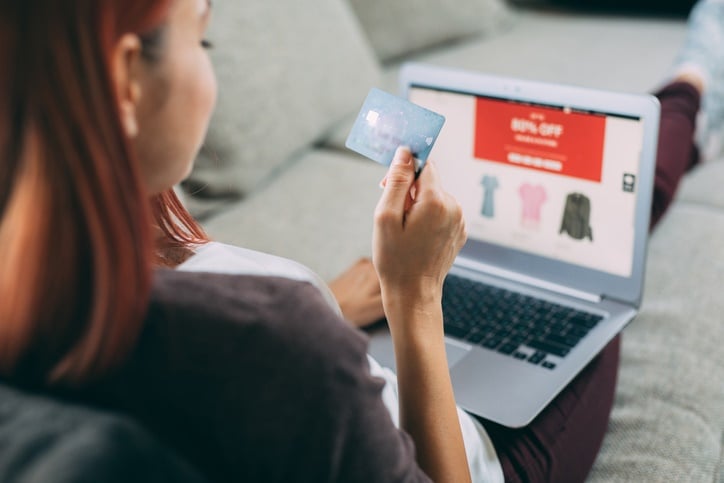 Stock markets are struggling on boohoo's results day, but the retailer is defying the gloom.

Fast fashion is back in vogue on the London market, with well-received results from Boohoo adding to euphoria over a spectacular 2019 for shares in AIM-listed rival ASOS (LSE:ASC).

Their recent turnaround follows an uncertain couple of years for both stocks, with margin worries and increased competition raising question marks over their lofty valuations.

For Manchester-based Boohoo (LSE:BOO), which trades as Boohoo.com, PrettyLittleThing and NastyGal, last week's annual results addressed some of those fears after a strong end to its financial year boosted optimism that it can achieve a 10 per cent operating margin going forward.

Shares climbed 4 per cent to take this year's improvement to 35 per cent, although the stock is still short of the 266p peak of just under two years ago. Analysts at Peel Hunt think that Boohoo – under its new CEO, the former Primark boss John Lyttle – can fill that gap and go on to reach 300p.

That's despite Boohoo's annual sales of £856.9 million being dwarfed by its current £2.5 billion market capitalisation. Until recently it had been neck-and-neck with ASOS, but its rival is now worth £3.3 billion after soaring in recent weeks despite a disappointing second quarter update.

The momentum at Boohoo reflects the exceptional performance of PrettyLittleThing, which doubled full-year revenues to £374.4 million after growing its number of active customers by 70 per cent to five million. The trend-setting brand originated as an accessories-only website when it was founded in 2012, before Boohoo paid £3.3 million for 66 per cent of the business in January 2017.

Its offer is clearly resonating with consumers, with high profile celebrity associations driving traffic and international expansion, particularly in the United States. PrettyLittleThing sales now appear to be on course to overtake the core Boohoo.com brand, which grew revenues by a more modest 16 per cent to £434.6 million from a base of seven million active customers.

Across the group, revenues for the year to February 28 were up 48 per cent and stronger than the company's 43 per cent-45 per cent guidance at the time of the post-Christmas trading update. Adjusted profits rose 49 per cent to £76.3 million, which was about 8 per cent stronger than City forecasts. The strong end to the financial year means guidance for 2020 is now towards the top end of current forecasts, with anticipated revenues growth of between 25 per cent and 30 per cent within reach if the recent performance continues. The company thinks an adjusted operating margin of around 10 per cent is achievable over the medium term, having reached 9.9 per cent last year.

Analysts will be relieved at Boohoo's margin outlook and the company's confidence to sell at full prices at a time when the clothing market is so competitive. The gross margin for last year increased to 54.7 per cent from 52.8 per cent, with PrettyLittleThing achieving a figure of 56.6 per cent.

The company's focus on key international markets has also been successful, producing growth of 64 per cent and increasing international revenues to 43 per cent of the group total.

Substantial investments have been completed to secure warehouse capacity for growth and improve the future efficiency of its Burnley warehouse with automation. Cash flow generation has been strong, with free cash flow up 118 per cent to £65.1 million.

Lyttle, who spent eight years as Primark's chief operating officer, has been at the helm since mid-March. He said investment in brands and infrastructure meant the group was "well-positioned to disrupt, gain market share and capitalise on what is a truly global opportunity."