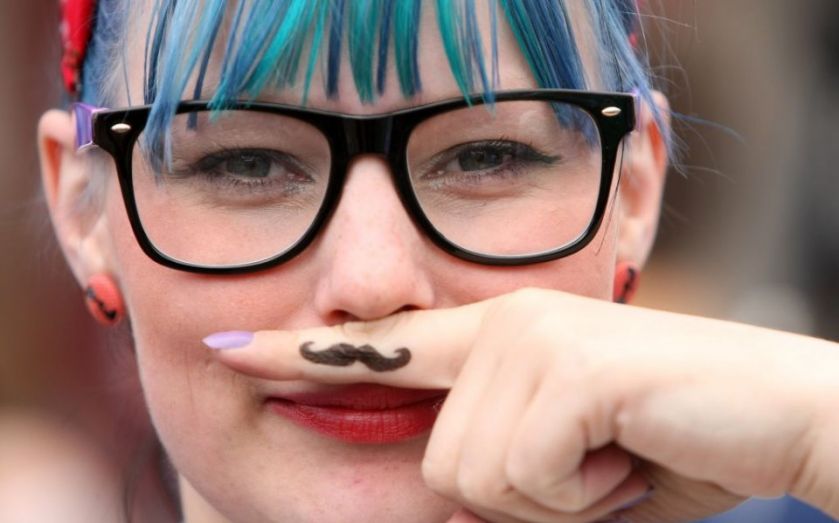 London's reputation as a hub of diversity and liberal metropolitanism have long made it attractive prospect for hipsters, so much so that recently Time Out announced it wants to build a 100,000 sq ft "hipster hub" in central London.

Hipsters are a relatively recent phenomena in London's social make-up, becoming more noticeable in the last few years. With such a conspicuous rise in the public's imagination, polling company YouGov has been doing some digging to find out what fellow city dwellers make of their trendy neighbours.

As some may have suspected from the flack they've had to endure this year, the humble hipster doesn't get much of look-in with the great London public.

YouGov defined hipsters as "people who follow the latest trends and fashions, especially those regarded as being outside the cultural mainstream". The majority of Londoners, 56 per cent, are indifferent to the alleged pillars of avant garde urban living.

However, among the young where the majority of hipsters find themselves, 29 per cent were inclined to take a dim view of hipsters.

The infographic below brutally sketches out what Londoners say about hipsters in one word. A picture emerges of Londoners perception of hipsters as pretentious bearded idiots smugly showing off fashionable, but weird trousers in an annoying display of egotistical non-conformism. 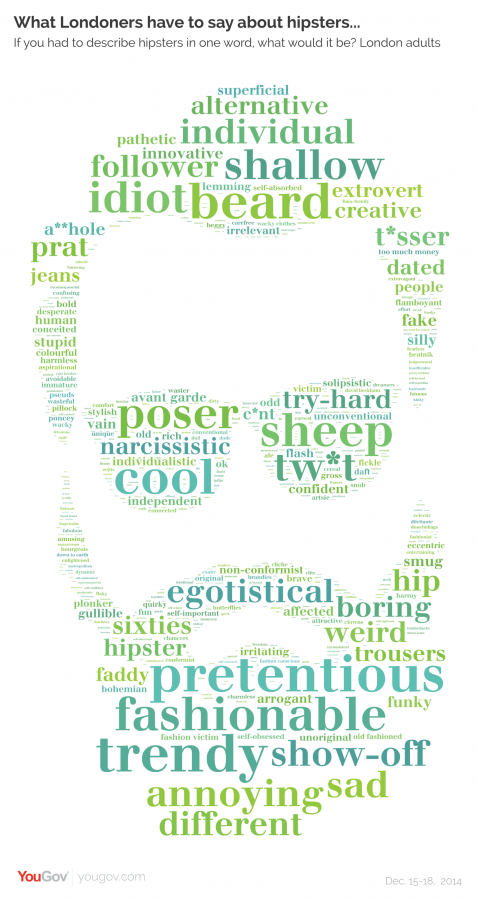 Around 64 per cent of those surveyed who described a hipster had pretty clear idea of what they had in mind. In terms of the hipster habitat, Londoners' choice of the most trendy areas will hardly come as a shock, with Shoreditch topping the list at 38 per cent, and Brixton snatching second with 15 per cent.