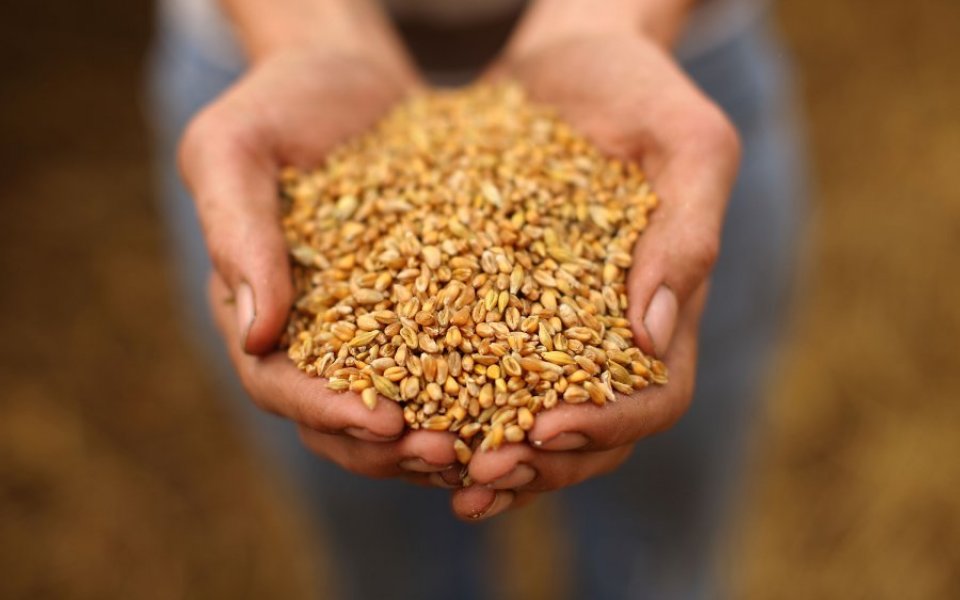 One of the UK and Europe's leading investors in startups at an early stage has lifted the lid on its portfolio of companies.

Eight-year old Seedcamp which initially started life as an accelerator but now concentrates on first-round funding, has backed more than 200 companies, which went on to pick up a further $365, in their next stage.

"Since we launched, the tech scene has changed dramatically," said Reshma Sohoni who co-founded the investment firm with Saul Klein and now runs it with Carlos Espinal.

"We have multiple tech hubs that are creating multi-billion dollar businesses. We have an influx of capital, particularly in London, with sizeable capital available that you didn’t see in 2007.

"We’ve had hugely successful exits. But, we have some way to go to be on the same scale as the Valley. However, Seedcamp has clearly shown that we can build big businesses based on what makes Europe great.”

The numbers behind Seedcamp's investments reveal that fintech is now among its top sectors. It has 15 fintech ventures at the pre-seed and seed stage, and the sector was the most funded last year and in 2012. 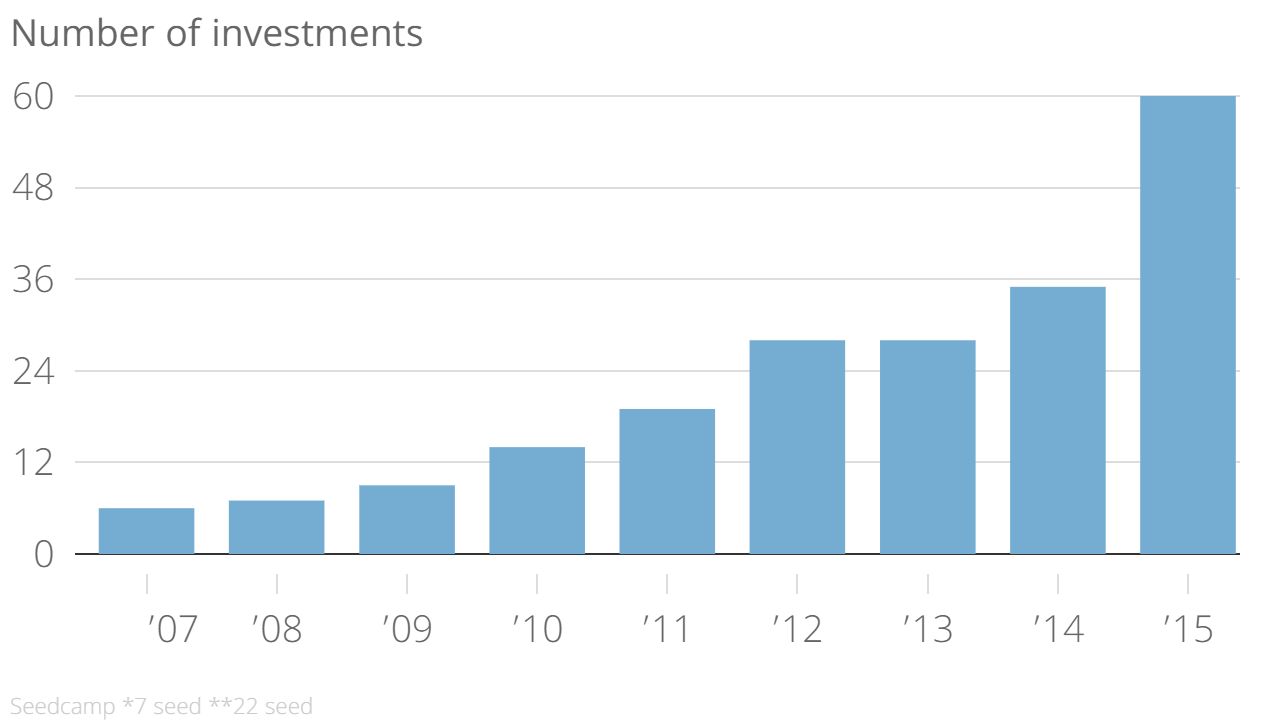 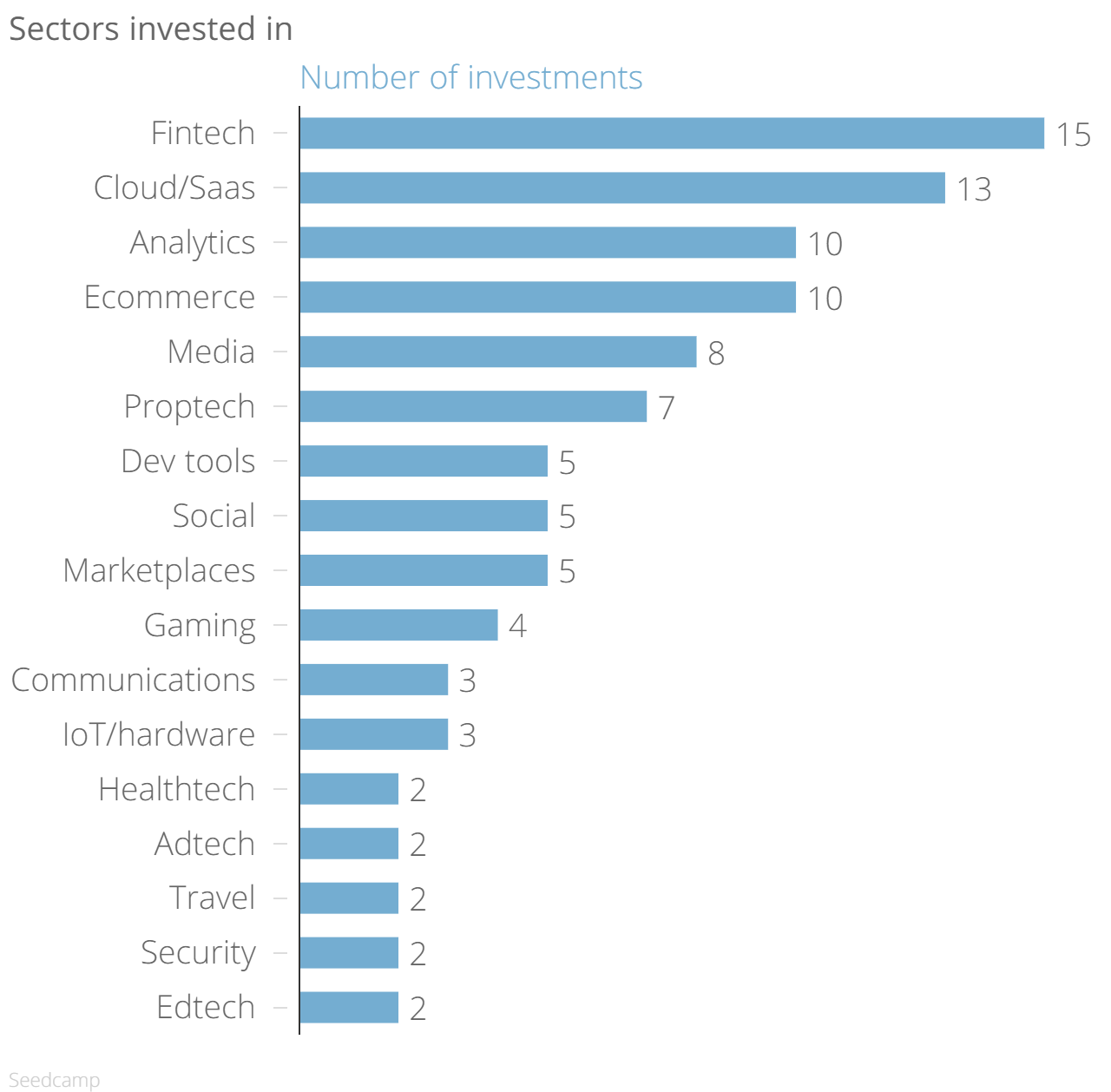 Of the 206 companies it has invested in over that time, 81 are based in the UK. Over the same period,149 are still operational, 45 have shut down and it has exited 12.

“We’ve always been sector agnostic when considering companies for investment, but there are waves of innovation that emerge, and we do our best to get ahead of them and invest early," said Espinal.

"For example, 15 per cent of our portfolio is fintech, a growing and exciting space in Europe, and recently we’ve made more investments into proptech (property tech) which now makes up seven per cent of our companies.”

He said that potential future investments could include emerging industries such as blockchain, cyber security and artificial intelligence.

Seedcamp has now revealed its latest round of investments, they are: